The Man Who Almost Lost His Mind

In Tandem’s production of a play about Alzheimer’s misfires, but Jim Pickering is fun. 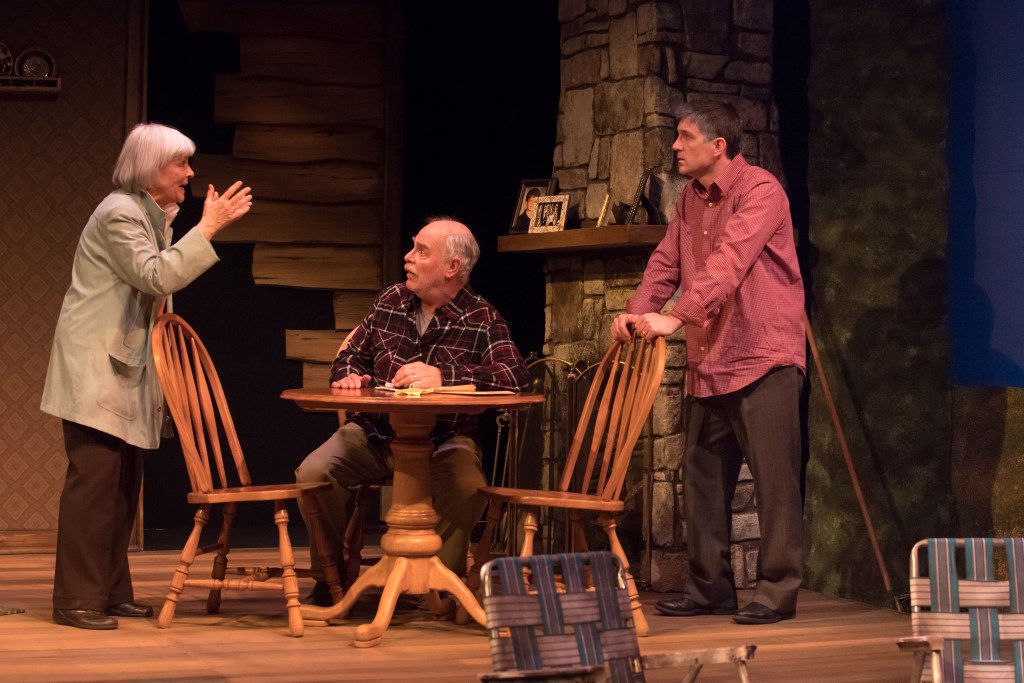 It may be a bit unfair to compare a master movie about Alzheimer’s from 2014 to a well meaning but ultimately pedestrian family drama like The Outgoing Tide through March 18 at In Tandem Theatre (the 10th St. playhouse), especially when it is directed and acted by well-meaning and frequently praiseworthy people.

But the comparison is illuminating.

Bruce Graham’s drama is too self-opinionated for its own good, treating the debilitating illness of a smart independent man as an occasion for theatric simplicities as the old fellow seeks to outwit the disease that is crumbling his mind.

This was also the premise in 2014 of the film Still Alice, which won actress Julianne Moore every award in sight as a smart woman trying to outwit the illness by planting clues to her future incoherent self about how to kill herself. Except the movie understood, poignantly, why people fail at this anticipation of their own destruction.

Gunner, the James Pickering character in Outdoing Tide, is treated as the exception — the same Gunner who forgets his pants, other people’s identities and tries to watch the microwave rather than the TV. Depending on what the play wants him to be, he is lucid enough to plot his own euthanasia and fool the insurance company in the bargain – if only his wife, Peg, and his son, Jack, will go along. His plot is elaborate and their dilemma is fussed with unconvincingly for the entire play.

Director Chris Flieller provides precision and sympathy to Graham’s sometimes plodding theatrics, lavishing time and nature sounds on a family life that seems a Freudian echo of every troubled stage family in the last 40 years.

He has an intelligent collection of actors to work with – including Pickering as the most lucid, mischievous and fast-talking Alzheimer victim in captivity. Pickering, no stranger to this acting environment of fading mental capacities – he is very good at it and always freshens his repertoire – keeps Gunner afloat far more than should be allowable but never convinces us of a real person under the acting exercise.

Susan Sweeney, for years a thoughtful participant and reactor in stage plays, is actually too centered as Peg, in a role that requires ripping apart the character’s Catholic soul — and there are clues that Graham was thinking about hysterics when he wrote her part. But in trying to touch us with the dilemma of Alzheimer’s the production sticks too close to the words and not the deeper possibilities — a failure to search for depths in order to make the surface more palatable.

Sweeney should be tearing our hearts out, while the middle-aged son, Jack, has to show deeper motives for his complacency. Simon Jon Provan plays Jack deftly when the play goes back in time to his childhood, but he is far too placid as an adult coping with his parents. When Provan is allowed to burst loose he comes closer to the tension that should underlie the whole play.

Pickering, in trying to keep the character alive through memory trips and memory failings, has brought a potent assortment of line readings to the part – gifted expressions of the moments — but without being able to mount a whole person out of this script. The play provides some gentle laughs and can’t avoid gripping us at times with the general problem, but it never rises to convincing circumstance and behavior. 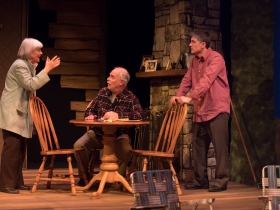 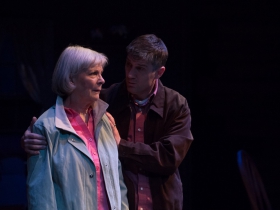 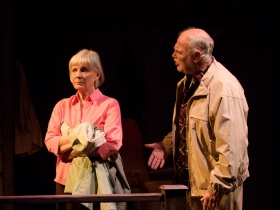 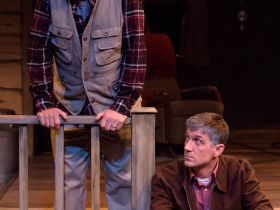