He founded ACRE, with the goal of expanding minority representation in commercial real estate.

By Rachel Kubik, Milwaukee Neighborhood News Service - Feb 23rd, 2018 11:17 am
Get a daily rundown of the top stories on Urban Milwaukee 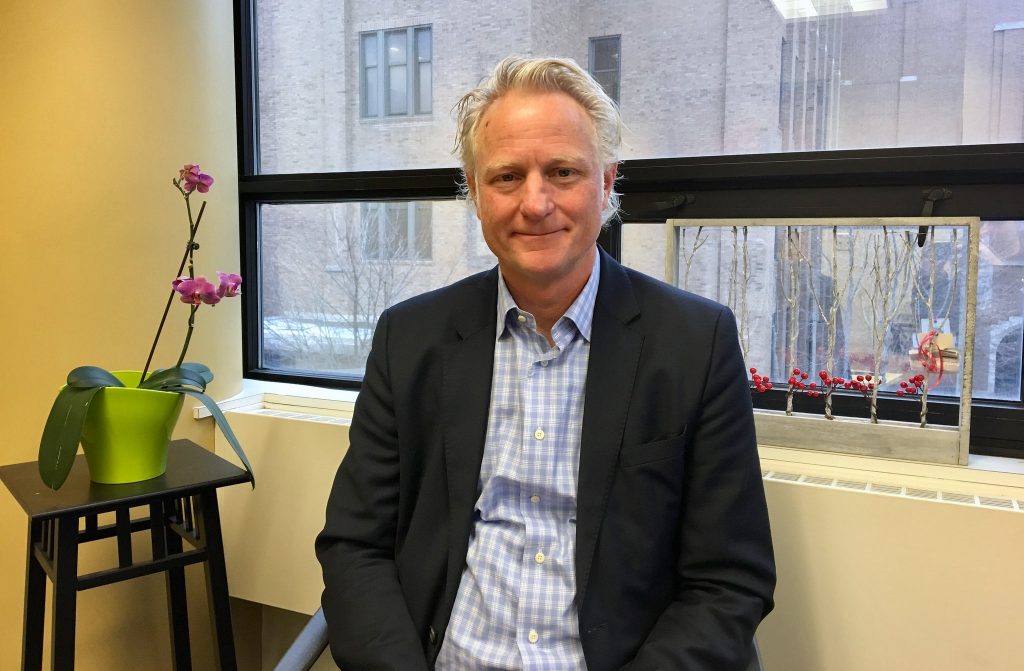 Mark Eppli, a Marquette professor, was nominated for a MANDI award because of his role in founding the ACRE program. Photo by Rachel Kubik.

Marquette University professor Mark Eppli started the Associates in Commercial Real Estate (ACRE) program in 2005 with the goal of increasing the number of minorities in the industry.

Today, more than 200 students have graduated from the program. They include Keith Stanley, executive director of Near West Side Partners; Donsia Strong Hill, executive director of LISC Milwaukee; and Common Council members Milele Coggs, Khalif Rainey and Jose G. Perez. Vincent Lyles, president and CEO of Boys & Girls Clubs of Greater Milwaukee, is also a graduate, along with James, Clifton and Jalin Phelps, who created JCP Construction.

ACRE students work with seasoned professionals to gain a better understanding of the real estate industry as well as hands-on experience. The 26-week program focuses on topics such as real estate development, construction management, capacity building and property management. 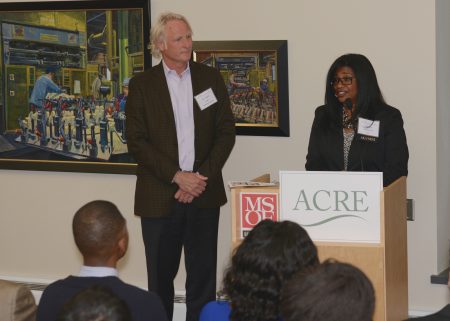 Eppli said that program’s goal is to help build wealth across all communities. “The idea here is to make sure that we continue to reach out to … economically challenged neighborhoods and train those who live in those neighborhoods to redevelop [them] as well as other neighborhoods,” Eppli said.

“We’re all going to be working with different people of different backgrounds, colors, creeds,” he added. “To have a socially just and equitable society, we have to have all the different people and mindsets, from the board level to the employees to the citizenship.”

Eppli and the Marquette University College of Business Administration started the program, but LISC Milwaukee now administers it in partnership with Marquette, the Milwaukee School of Engineering and the University of Wisconsin-Milwaukee.

“Through his really outstanding leadership skills, [Eppli] brought all the critical players to the table to establish that impressive team who shared his vision: that economic development in Milwaukee should include people who reflect the city’s demographics,” said Rana Altenburg, vice president for public affairs at Marquette University.

Eppli said that the most rewarding part of running the program is to see his students succeed. Graduates have developed more than 1,000 apartment units over the years.

Despite its success, ACRE was forced to close down for several years because of the economic downturn in the late 2000s, which limited new real estate development. “We said that’s like providing false hope, and we’re not going to do that,” Eppli said.

The program started back up in 2014, and is now in its ninth year.

Deshea Agee, executive director of the Historic King Drive Business Improvement District, was a student in the ACRE program in 2004. He said Eppli was hands-on with the class and attended nearly every meeting. “I really got a chance to think about real estate differently than what I knew it to be at the time. … Dr. Eppli really gave me a chance to see real estate from a much more global perspective,” Agee said.

In addition, Agee said he got a chance to have one-on-one conversations about his career goals with Eppli as well as with six other key instructors. He said it was a very welcoming environment with an open-door policy and to this day, he still feels like he can give his instructors a phone call.

Eppli was one of Agee’s mentors when he was one of six students selected from the ACRE program for an internship at Pabst Farms Development LLC, a 1,500-acre master-planned community in Oconomowoc.

Agee said the program exposed him to people, knowledge and career growth. “It really set a fire to say there’s so much more to learn about real estate, about community development, about changing neighborhoods, about creating job opportunities for people.”

Agee passed his real estate sales license test and received a broker’s license in 2006. “Without the ACRE program, that’s probably not something I would’ve done,” Agee said. “The ACRE program was the foundation to establishing my global view of what real estate is.”

“Without Mark Eppli, Milwaukee would be very different,” Agee said. “Without Mark… I wouldn’t be where I am.”