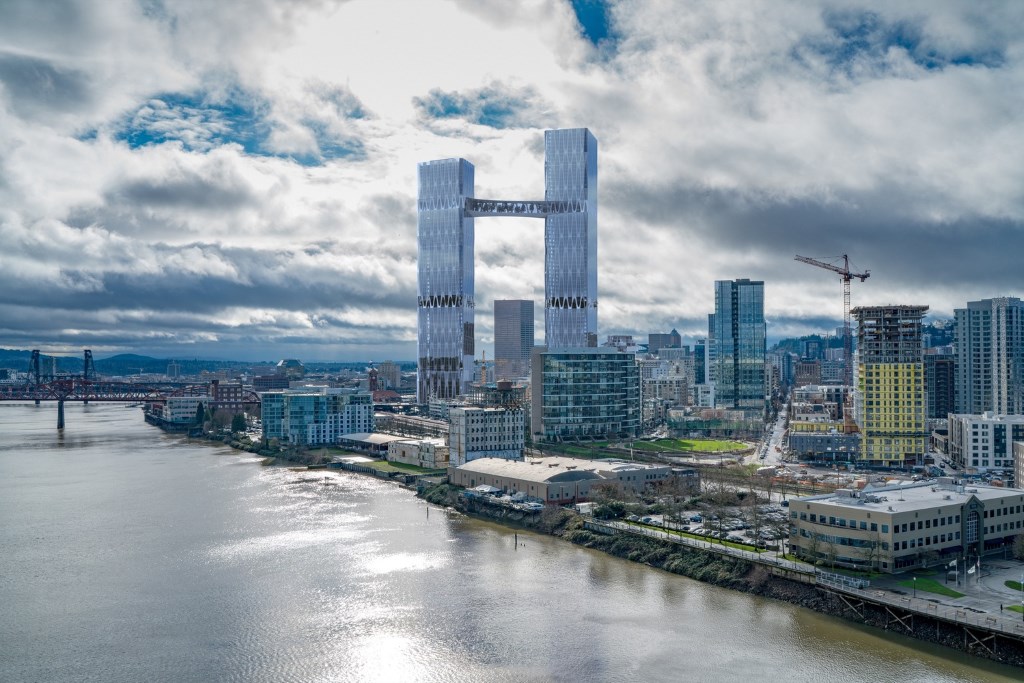 Proposed skyscrapers in Portland, OR. Rendering by Kaven + Co. and William / Kaven Architecture.

National housing movements heating up: Tenants’ rights groups around the country are gearing up for rent control fights with what they call the “landlord lobby.” As half a million people in the US are homeless and 11 million severely rent-burdened, these groups are looking to even the playing field and fight what they see as false eviction and greed. (The Nation)

Don’t call it the smart city: Cities will always be as they are and claiming intelligence is just a function of attracting capital and pushing around money, according to seemingly grumpy science fiction writer and cyberpunk originator Bruce Sterling. He largely fears surveillance, but discusses the power of tech companies the most. (The Atlantic)

Central Seattle sets the standard: Downtown commuters in Seattle are starting to leave their cars behind as transit becomes more attractive. Driving alone has dropped 10 percent since 2010, and most of the increases have come from transit and walking. (Seattle Times)

Portland’s future skyscrapers: Redevelopment of the Broadway Corridor district that includes the former USPS land parcel next to Union Station has revealed renderings of towers that would become the tallest buildings in Portland, Oregon. The buildings, connected towards the top by a bridge, would be the centerpieces of the 32-acre redevelopment. (Arch Daily)

The Bay Area is car-centric: Tell me if this sounds familiar: “No one likes traffic, but they would take transit if it worked better for them in the sprawling place where they live.” Those were some of the results of a Bay Area survey of residents asked questions about traffic and transportation in the region. The solution most of them would choose? Telecommuting. (San Jose Mercury News)

This could work in metropolitan areas with economic tailwinds: think places like the Bay Area, Seattle, and Austin. But economic growth is inconsistent across the country, with many sizable US counties and entire metropolitan areas facing slow population growth, stalled wage growth, and fiscal stress. This program won’t work for them.