Returns file to the council unsigned, opens door to approval of McManus. 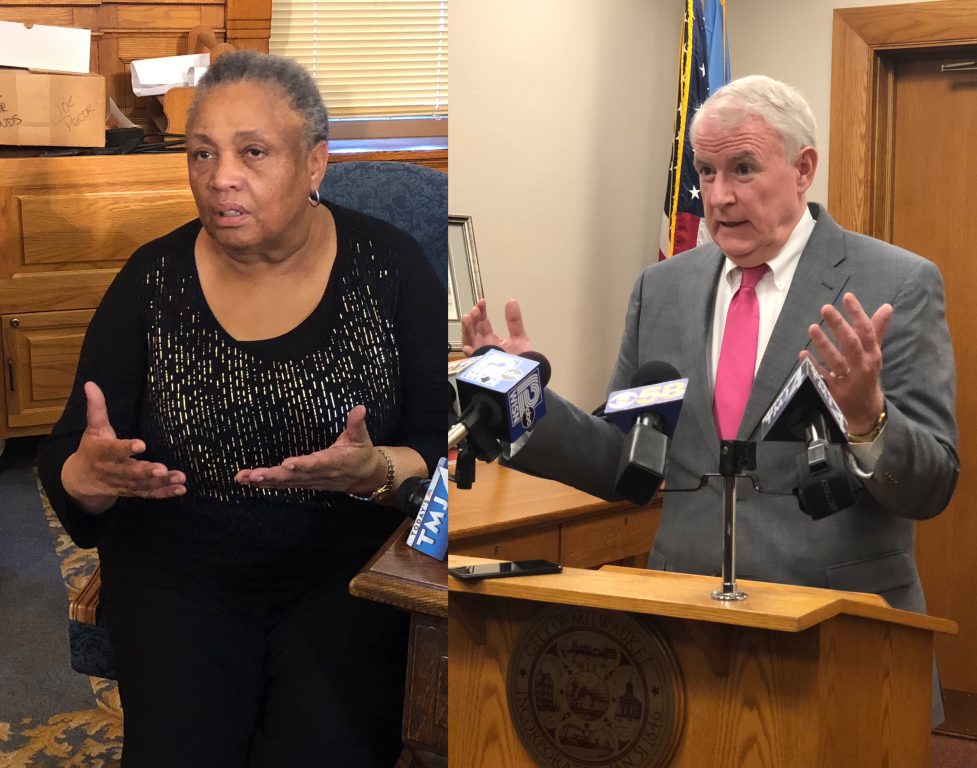 For the first time in a month, Milwaukee has a Health Commissioner.

In response to the Common Council appointing Patricia McManus to the position, Mayor Tom Barrett bided his time for more than a week and today returned the file regarding her appointment unsigned. The move allows her appointment to move forward without the need for another council vote.

Barrett held a brief press conference Thursday afternoon to discuss his decision. He had until the close of business to act on the file.

His decision to return the file unsigned was meant to signal his disagreement with the council. Said Barrett: “The reason I did not sign the document is because I have made clear my displeasure and concern with the rushed and unprecedented application of the council’s emergency appointment authority. The vetting of the interim Commissioner of Health should have gone through the Council’s normal committee hearing process. There was no reason to deviate from that.”

“Unfortunately the actions of the council weren’t motivated by public health, but political concerns,” said Barrett. “I have been around a long time. I know politics when I see it.”

The long-time mayor made a decision that might also be seen as political, while asking for politics around the Health Dept. to stop. “We need this to succeed. We are in this together,” said the mayor.

Barrett says McManus has the full support of his administration moving forward. His office is working to help her fill many of the 40 vacancies within the department. A letter from the mayor indicates he has assigned a number of his key aides to directly work with McManus to move the office forward including Sharon Robinson (Director, Department of Administration), Dennis Yaccarino (city budget director), Aaron Szopinski (policy director), Maria Monteagudo (Director of Employee Relations) and Steve Mahan (Director of Community Development Grants Administration).

The mayor says he is confident that McManus will promote vaccinations in her role as Health Commissioner. “We have known each other for a long time, so it didn’t long to break the ice and have a very candid conversation.” Barrett said he shared his concerns with her regarding anti-vaccination remarks and comments that the failure of the department to send out hundreds of letters to families of children that tested for elevated blood lead levels was “deliberate.” An investigation is still pending on the latter matter. A representative of the Health Department previously testified that no disciplinary action could be taken until a new commissioner was in place.

The city is conducting a search for a permanent health commissioner. Applications are due February 23rd. Barrett said that he is assembling a review team for the applications, and that he intends to include a member of the Common Council on the team. An appointment of a permanent commissioner could come in early April according to Barrett.

Legally speaking, McManus’s appointment carries no interim tag according to City Clerk Jim Owczarski. She could be the commissioner for months or years. Alderman Michael Murphy indicated his fear that the majority of the council and Barrett may be unable to agree on a replacement during the remainder of Barrett’s current term, which lasts until the spring of 2020.

Issues related to the Childhood Lead Poisoning Prevention Program led to the January 11th resignation of Health Commissioner Bevan K. Baker. Barrett says both he and McManus have a shared priority in fixing the issues. The council opened a formal investigation into the department on January 17th. Barrett had previously nominated former commissioner Paul Nannis to serve in the role of interim commissioner for a period of 120 days, but the council quickly rejected that idea and appointed McManus.