GlobalFEST at Wilson Center is a celebration of Latin culture -- and great music. 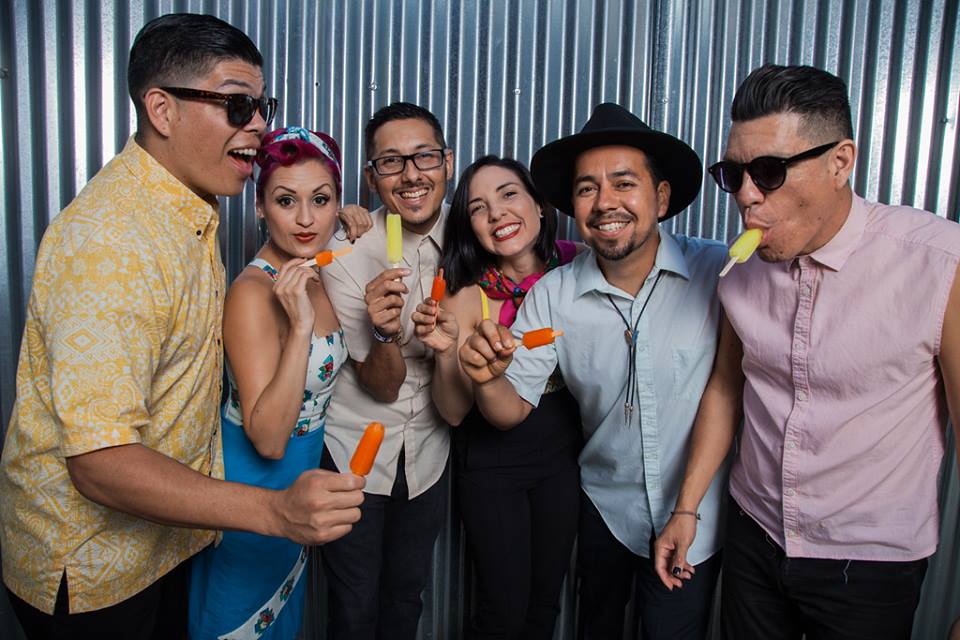 You learn something new everyday. For instance, last week I didn’t even know globalFEST was a thing. I discovered a central theme of globalFest has been that while borders are permeable, cultures can maintain an identity even as they change. These borders will be challenged at the Wilson Center for the Arts in Brookfield on February 16 — that’s this Friday.

Now in its 15th year, globalFEST was first created in 2003, and is a celebration of music from around the world that has been presented at such influential events as SXSW, Bonnaroo, Lincoln Center Out of Doors, as well as internationally at Festival d’Ile de France.

At the Wilson Center the show will feature Orkesta Mendoza and Las Cafeteras, two of the most eclectic and dynamic bands working today, who are forging new paths for the fabled Latin sound.

Songs that Las Cafeteras performs have themes and references that range from the Civil Rights Movement to United Farm Workers and the DREAM Act, to immigration reform and female homicides in Ciudad Juárez. Their song, “La Bamba Rebelde”, a remake of the traditional Mexican song from the state of Veracruz “La Bamba,” exemplifies their Chicano pride. (Yes, this is same song that became an anglicized ‘50s rock’n’roll hit in America.)

Hector Flores plays the guitar-like jarana in the group. He’s full of hope, energy and enlightening messages. “Life takes you in a direction it wants to, it’s mysterious,” Flores says, a few minutes before heading out for the first gig of the tour in Millersville, PA. He notes his band is made up of immigrant kids from in and around Los Angeles. “Our parents got citizenship and wanted us to have careers, buy a house, live the American Dream.”

When Flores mentions careers he’s not talking about music but about the day jobs the band’s members once held. “We were all professionals,” he says. “In our previous lives we were engineers, therapists.” Flores is a sociologist by trade. He said they all knew each other and shared a passion for Latino music and culture. “In college, we met doing community activism. We began performing publicly, recorded an album for fun, never thinking it would do anything. It blew up.”

Flores grew up in Chicano neighborhoods of San Gabriel Valley and East LA. The oldest of six kids, his mom is from Morelia, Michoacán and his father from San Luis Rio Colorado, Sonora. Growing up Flores listened to Al Green, Ana Gabriel, Sonora Dinamita, Tupac, The Cure, The Smiths, Red Hot Chili Peppers and Rage Against the Machine.

“I don’t know where I got my musical talent,” he says. “My mom sang in the church choir and my father couldn’t play an instrument to save his life. I think there’s a myth that you have to possess some special talent to play a guitar or instrument. It just takes a lot of practice and commitment.”

It’s not a group or band in the traditional sense where a member sticks to one instrument or one person sings. They all play an instrument, dance and sing in a musical free-for-all. The music they play is a hybrid of Latino and American folk. They perform Woody Guthrie’s “This Land Is Your Land” and Johnny Cash’s “Ring of Fire.” Not songs you’d typically associate with a Hispanic group. “We’re all the same but different. Our sound is the love child of Patti Smith and Los Lobos.”

“Our performances are celebrations of life,” Flores says. “The evening is a declaration that we’re here and we’re not going anywhere. Anyone that wants a world of dignity and respect should understand we’re with them, still here.” Flores believes the contentious issues raised by the current administration in Washington doesn’t discourage them. In fact, it’s quite the opposite.

“We’re Mexican and Latino, and we’re still here,” he said. “This contentious climate actually energizes our performances. We all have a thirst for belonging and have dug into our beliefs, even though the well has been poisoned.”

“What we do onstage is an amalgamation of sound, cultures,” Flores says. We are better live than on a recording. With our music you have to engage audience with theater. If music isn’t popular in meaning we can demonstrate the music in a tangible way through dance. I can go see Yo Yo Ma and other great performers, but I get bored after a while. Engage me, bring me into your show. That’s what we do.”

Flores said Las Cafeteras audiences run the gamut from Latinos and Chicanos to Canadians. “We were in Montreal where everyone speaks French and really didn’t understand our lyrics.” But it didn’t matter. “We killed it. Most people don’t know who we are but they felt the energy from the stage.”

Las Cafeteras features Daniel French on vocals and jarana, Enrique Chi on guitar, Denise Carlos vocals, jarana, zapateado, Jose Cano on drums, Gloria Estrada on bass. The band does some hip-hop because their message is about their history. “It’s all about telling stories,” Flores says. “Folk music is also largely about telling stories, but ours has a different cadence.”