By Gretchen Schuldt, Wisconsin Justice Initiative - Feb 1st, 2018 02:11 pm
Get a daily rundown of the top stories on Urban Milwaukee 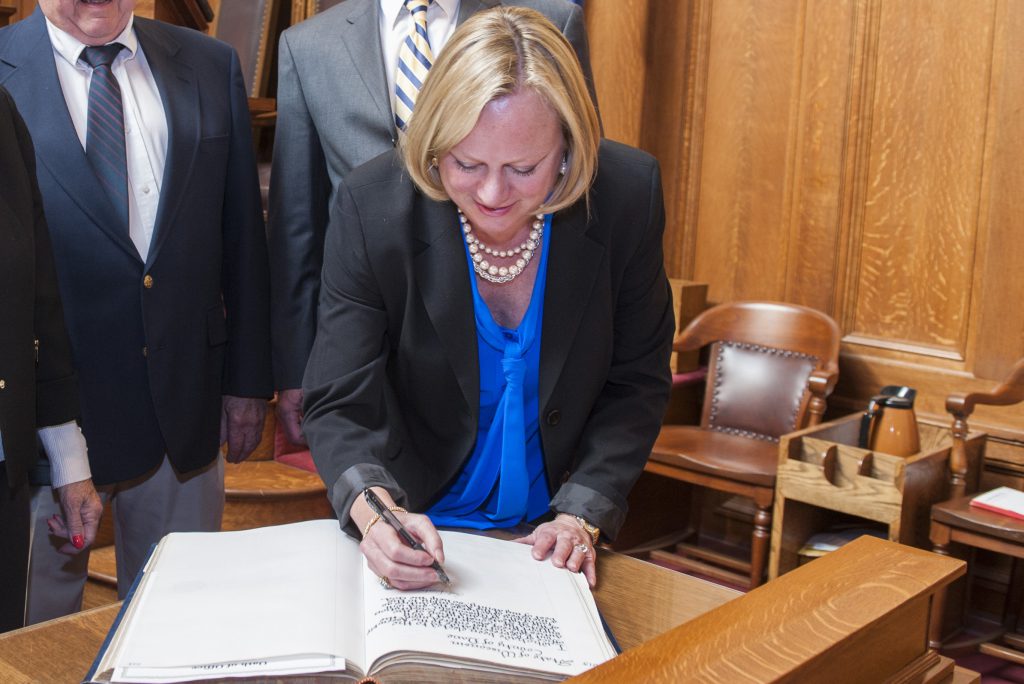 A proposed amendment to the State Constitution making its way through the Legislature would result in more defendants in criminal cases held in pre-trial detention, and could discriminate against the poor and violate Constitutional rights, critics say.

It also is “bound to result in a lengthy, and costly litigation,” the State Public Defender’s Office said in prepared testimony.

The City of Milwaukee registered in support of the amendment.

Proposed amendments must be approved by two consecutive Legislatures and then approved by voters in a referendum before they are added to the Constitution. The Legislature is considering the bail proposal for the first time.

Cindi Duchow (R-Town of Delafield), the main sponsor of the Assembly version of the bill, said “there have been plenty of examples where a person commits a crime while out on bail that, with more flexibility under the state Constitution, may not have been out on bail to begin with.”

The U.S. Constitution, Duchow said, does not guarantee a right to bail. she said.

“Our state Constitution, under this amendment, will still guarantee a right to bail, but allow more flexibility in determining the bail amount in order to protect members of the community,” she said.

The amendment, among other things, would eliminate the existing requirement that cash bail  be imposed only when a judge or commissioner makes a finding that bail is needed to ensure the defendant shows up in court. (Judges can also impose other conditions to ensure the defendant’s appearance, to protect members of the community from serious bodily harm, and to prevent witness intimidation. Judges can also refuse bail to defendants accused of certain violent crimes.)

Removing the requirement “would remove the due process requirement guaranteed by the U.S. Constitution when determining bail,” the public defender’s office said.

The proposed amendment would require a judge to consider the seriousness of the offense charged, the previous criminal record of the accused, the probability that the accused will appear in court, and the need to protect members of the community from serious harm or prevent the intimidation of witnesses.

Adding those considerations when determining bail amounts, the public defender’s office cautioned, “creates the likelihood that judges will set bail that violates the ‘excessive bail’ prohibition under the Eighth Amendment to the U.S Constitution.”

Those factors are appropriately considered when setting conditions of release, but are not appropriate considerations in determining how much bail a pretrial defendant must post, the office said.

The Wisconsin Justice Initiative also submitted testimony opposing the amendment. “The amendment, if enacted, the most adversely impact poor people who cannot afford even a moderate cash bail,” WJI said. “Defendants with access to resources will be able to bail out; defendants without that access will not be able to do so. Cash bail simply serves to separate those who can buy their way out of jail from those who cannot.”

The public defender’s office said the “serious harm” language “would seem to encompass emotional economic or noncriminal behavior which, while perhaps not welcome, is not reason enough to deprive someone of their liberty.”

The WJI criticized the “vague language problem” of the “serious harm” standard. “What constitutes “serious harm” is undefined and appears to be at the complete discretion at of the judge,” WJ I said. “Defendants with similar backgrounds facing similar charges would be treated completely differently from one another. To someone carrying a personal use amount of marijuana pose a threat of serious harm? Clearly some in law enforcement believe so.”