By Elliot Hughes, Milwaukee Neighborhood News Service - Jan 26th, 2018 10:52 am
Get a daily rundown of the top stories on Urban Milwaukee 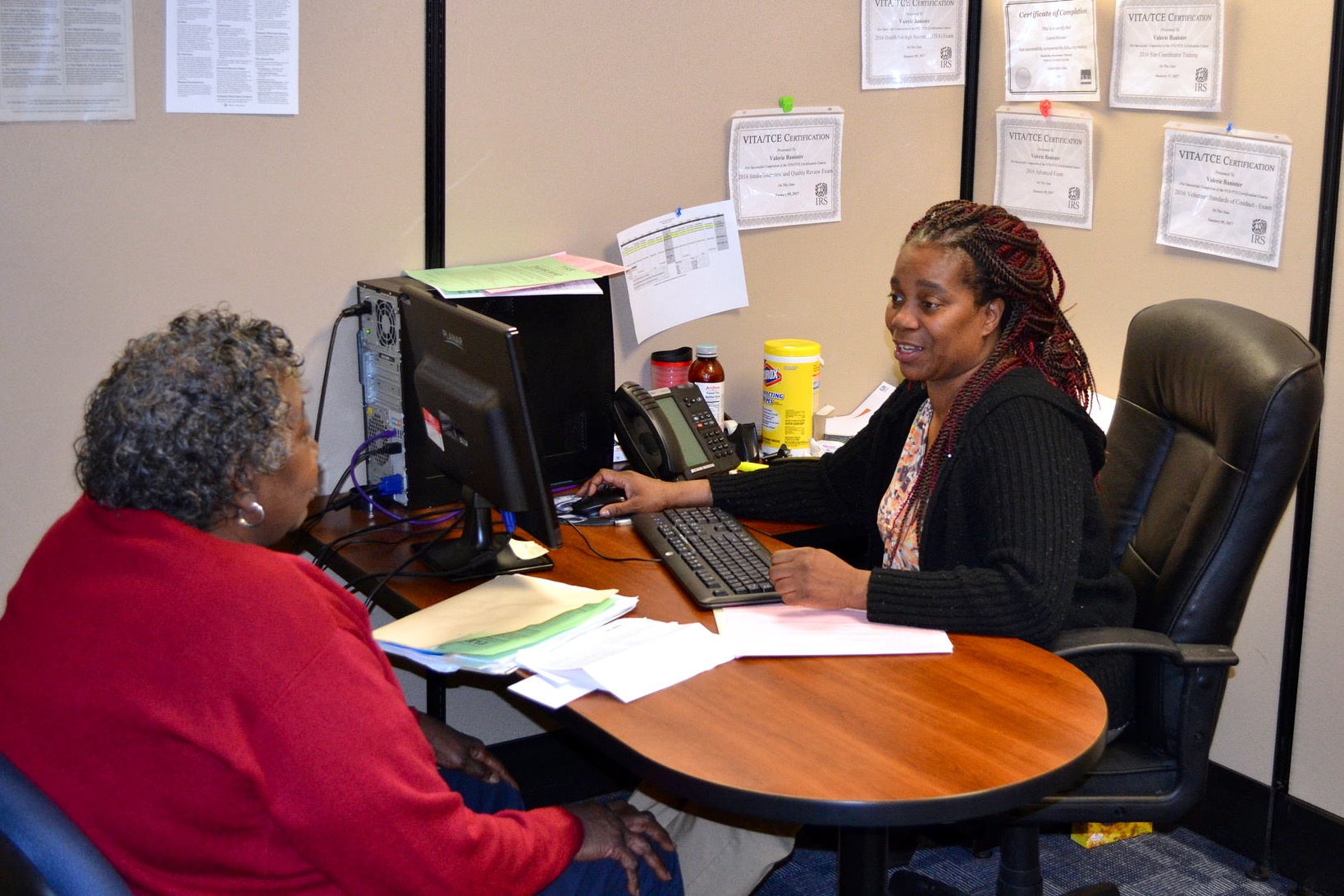 A volunteer for the Social Development Commission’s tax preparation program meets with an individual. (Photo provided by SDC)

If the Social Development Commission cannot raise $35,000 in donations between now and Jan. 31 it will be forced to make major cuts on its popular and free tax preparation service for middle- and low-income families.

If SDC is still short by the Jan. 31 deadline, it could result in the program serving just 1,500 households this tax season, according to the organization. One or more of its sites could close, or hours of operation could be rolled back, VITA manager Diane Robinson said.

“I think it’s critical because of all the predatory services out there,” Robinson said of the program. 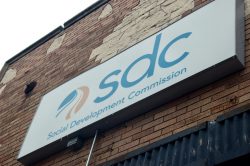 The main offices of the Social Development Commission, at 1758 W. North Ave., where individuals can go to receive assistance with their tax forms. (Photo by Elliot Hughes)

The program is pivotal for individuals with tight budgets. Cecil King, Jr., a 61-year-old utility worker for a chemical manufacturer, said he’s been using the program “off and on for a good 10 or 12 years.”

He said the majority of his money goes toward medications. He’s allowed a family member to do his taxes for him several times, but he’s nervous that a mistake could be made, which could drag him into an audit.

“The times they (VITA) have done my taxes I’ve had no problems,” King said. “I don’t have money to go and pay two or three hundred dollars for tax preparation. It would affect me real bad.”

Robinson also pointed out that the VITA program gives SDC a chance to provide other kinds of help to residents. She said VITA users fill out surveys where they can indicate challenges they are facing or goals they want to achieve. That allows SDC to connect them with other programs that can be of assistance.

The VITA program was in a similar funding situation two years ago when it asked for the public to help raise $40,000 in about two weeks. United Way of Greater Milwaukee and Waukesha stepped in with a $31,000 grant.

Robinson said the VITA program, which has been running for 16 years, used to have a major donor that would provide the bulk of the program’s costs every year. But that donor’s focus area changed, leaving SDC to fill the gap with donations from the public.

“This is a challenge every single year,” Robinson said.

If you would like to schedule an appointment for assistance with your taxes, call 414-206-2262.