A Touch of Glass 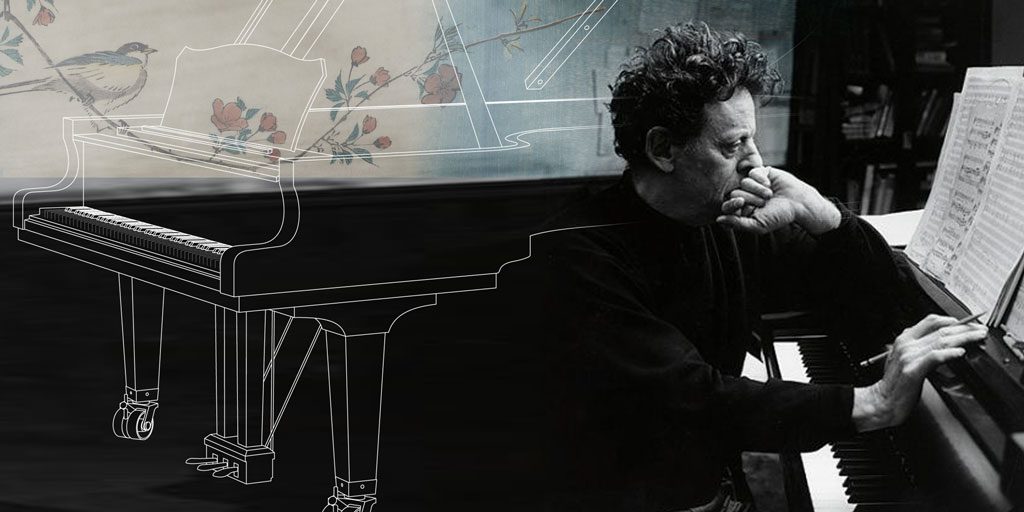 The next concert in the Frankly Music series is Monday evening, which change venues to Wisconsin Lutheran College for last two concerts of the season. The concert, Glass Houses, features three distinctly different works that Artistic Director Frank Almond suggests are all ‘minimalist’: a virtuoso cello solo by Philip Glass, a contemporary Japanese work with traditional roots by Somei Satoh and a piano trio by Pyortr Illyich Tchaikovsky. Almond will be joined by two guest artists: pianist Adam Golka and cellist Wendy Sutter. 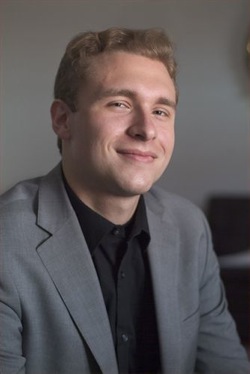 Golka has appeared with the Milwaukee Symphony Orchestra and with Frankly Music a number of times, as recently as last September. He and Almond will play Satoh’s Birds in Warped Time II (1980). This work shifts subtly from one mood to another, painting a contemporary impression of Japanese traditional music. Almond performed the premiere recording of the work as he was completing his studies at Julliard. He reflected on that experience: “We recorded it, but didn’t really capture the Japanese folk elements of it. (So we) decided to redo it. I listened to seven to eight hours of traditional Japanese music, of women’s voices and of traditional instruments. It really changed the way I looked at the violin part.”

The work by Glass is the likely highlight of this concert. Songs and Poems for Solo Cello (2007) was dedicated to Sutter, who collaborated in its development. She has been deeply involved in the New York contemporary scene, serving seven years with the Bang on a Can All Stars. That ensemble attracted the interest of many contempory musicians, including Glass.

Songs and Poems for Solo Cello was derived from a shorter work for cello and voice. The vocal line was folded into the cello part as double stops. Minimalist music combines short repeating phrases with often very long development arcs. But Songs is divided into seven short independent movements. The result is more comprehensible for the casual listener.

Washington Post critic Anne Midgette noted a kinship to a major work by Johann Sebastian Bach: “Digging into the lower registers of the instrument, it takes flight in handfuls of notes, now gentle, now impassioned, variously evoking the minor-mode keening of klezmer music and the interior meditations of Bach’s cello suites.” Imagine the appegiated chords and scale development of Bach’s Cello Suites. Were Bach writing today, he might have found a way to thin out the sequences so that the outline was still in place, but the details left to the imagination. Glass has written a work with the same personal intensity of Bach’s work. Sutter has become the ideal interpreter of the work. 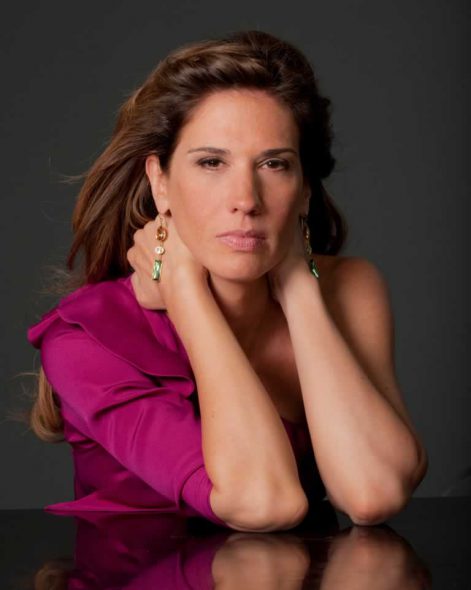 So, how is a work by Tchaikovsky minimalist? “I get push-back,” Almond says but “there are minimalist tendencies in most everything he wrote. Tchaikovsky was classically trained. He wanted the ability to write a convincing sonata-allegro movement. In many cases he succeeded. But his (frequent) solution was to mostly modulate with the same material, a different key or instrument; just restating the material that came earlier.”

Tchaikovsky’s Piano Trio in A, Op. 50 (1882) is a sprawling work. A somewhat conventional romantic first movement is followed by a closing movement with eleven variations and a dramatic coda. The variations are continually innovative, with rhythmic dance elements — a march, waltz and mazuka, an elaborate fugue, a short “music box” – all derived from a catchy theme that works well as a pleasant melody or as a bombastic refrain that calls for the trio to sound like an orchestra.

Almond suggests that the Satoh and Glass works may be receiving their Milwaukee premieres with this concert. Milwaukee is blessed to hear them played by established interpreters of these works. Minimalism gets a thorough introduction as three very different styles are represented in this fascinating concert.

The Frankly Music concert begins at 7:00 p.m., Monday, January 22 at Schwan Concert Hall at Wisconsin Lutheran College, 8815 W. Wisconsin Ave., Wauwautosa. Tickets ($35 reserved seating – $10 for students) may be purchased online or at the door. Free parking is available in a parking garage to the east of the hall.