By Jabril Faraj, Milwaukee Neighborhood News Service - Jan 13th, 2018 11:58 am
Get a daily rundown of the top stories on Urban Milwaukee 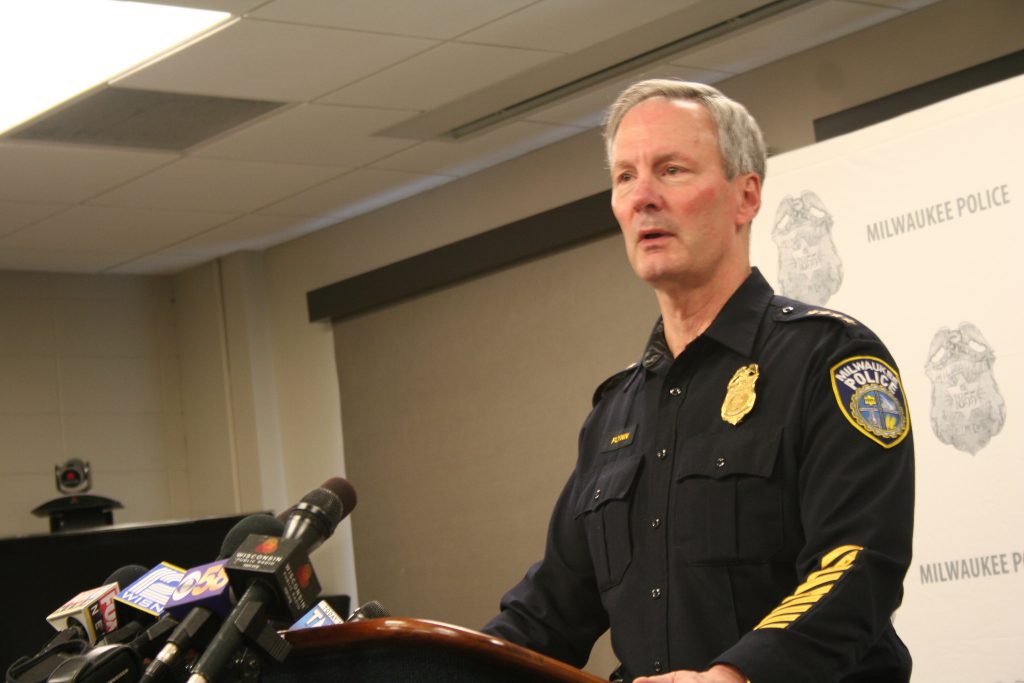 Some community groups are viewing the recent resignation of Milwaukee Police Department Chief Edward Flynn as an opportunity to influence the selection of his successor.

The community should have a say in the appointment of an acting chief and the selection of Flynn’s permanent replacement, according to the African American Civic-Engagement Roundtable (AART), a coalition of community organizations and individuals. The Fire and Police Commission (FPC) is responsible for selecting an acting chief — which will come from inside the department — and, ultimately, a permanent replacement.

“My first reaction was ‘Good riddance.’ My second reaction was, ‘Who are we gonna get to be in his place?’” said Nate Hamilton, whose brother Dontre was shot and killed by a police officer in 2014. Flynn has been police chief since January 2008.

Open letters from the AART and Leaders Igniting Transformation (LIT), a youth advocacy organization, call for a chief who is committed to increased community involvement in policing, accountability for officers, collaboratively addressing mental health issues and eliminating “data-driven policing,” which they say results in over-policing of low-income black and Latino communities. The AART letter also seeks a commitment to complete the local collaborative reform process launched late last year.

Flynn is the fifth longest serving chief in MPD’s 162-year history, and longest-tenured since lifetime appointments were eliminated more than 30 years ago. He announced his retirement Monday, a day after the 10th anniversary of his swearing-in.

Flynn was two years into his third term as police chief, which was set to end in 2020. Sheriff David Clarke, Milwaukee’s other top law enforcement officer, resigned at the end of August under pressure. 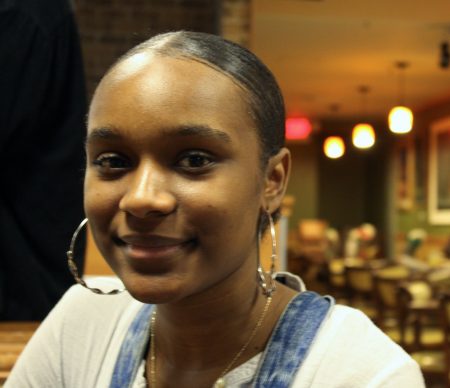 During a news conference, Flynn touted his accomplishments, and praised the department. He noted a 4 percent decline in crime and 16 percent drop in homicides during his tenure, despite two “very tough years” in 2015 and 2016 where there were more than 150 homicides. “I was brought here to be a change agent, and a change agent I have been,” said Flynn, calling MPD “a model agency.”

“Chief Edward Flynn has brought the Milwaukee Police Department into this century,” said Mayor Tom Barrett. “It is data-driven, it is professional, it is well-regarded.”

Barrett also praised the former chief’s professionalism and care for the Milwaukee community.

But some community leaders and aldermen said Flynn will be remembered as an arrogant leader who did not take criticism well. Many of those interviewed said his resignation was not a surprise, considering the state of police-community relations, which they described as tense.

“It’s very well-documented, it’s obvious,” said Nasheka Bryant, deputy chief of the Freedom Fighters, a grassroots group that provides armed patrols of central city neighborhoods. She pointed to the scathing 243-page leaked Department of Justice draft report as proof of the strained relationship, adding that Flynn did not exhibit “genuine care and concern” for the black community.

While activist Vaun Mayes said it’s a good thing that Flynn is leaving, Mayes noted that his departure “doesn’t take away the system that’s in place that the police department is using.”

Mayes specifically took issue with Flynn’s data-driven policies that led to a disproportionate number of traffic stops in central city neighborhoods, a practice for which MPD, and Flynn, have been widely criticized. Flynn, along with the City of Milwaukee and FPC, is named as a defendant in a class action suit brought by the ACLU early last year that alleges these stops violate the Constitution and the Civil Rights Act.

In an email, ACLU of Wisconsin Spokesperson Molly Collins said Flynn’s successor should “embrace efforts to eliminate racial profiling and abandon misguided and unconstitutional policies that encourage baseless stops of drivers and pedestrians.” Others added that a new chief must represent the community, and take what they need into account.

“This will require a commitment to community oriented policing that actually involves voices from communities affected by police strategies, rigorous data collection and transparency, and meaningful training and accountability for officers,” Collins wrote.

“It’s really early … but I know the wheels are turning real fast in this matter,” said Bryant. “We’re just trying to stay on top of it, and make sure that we don’t get another Flynn in there. We don’t need another 10 years of that.”

In a statement issued the same day as Flynn’s announcement, the FPC said it would prioritize candidates who have “an intricate familiarity with the department structure, possess a vision of a 21st century Milwaukee Police Department and have earned the confidence and trust of the department members and the community at large.”

Beyond that, MaryNell Regan, executive director of the FPC, said the board would discuss what characteristics it would look for in a replacement during the Jan. 11 meeting in closed session.

She added, “The community will be involved moving forward.”

Bria Smith, 17, a Harambee resident who is a member of the Milwaukee Youth Council and a fellow at LIT, said the community should have a say, whether the hire is permanent or not. She added that the chief of police “has lots of power to inflict … harm, or good.”

“We have to live here,” Smith said. “We should be able to choose what we endure and what we don’t endure.”