Rob Henken will run merged WisTax and Public Policy Forum. Oh, the attacks he will face. 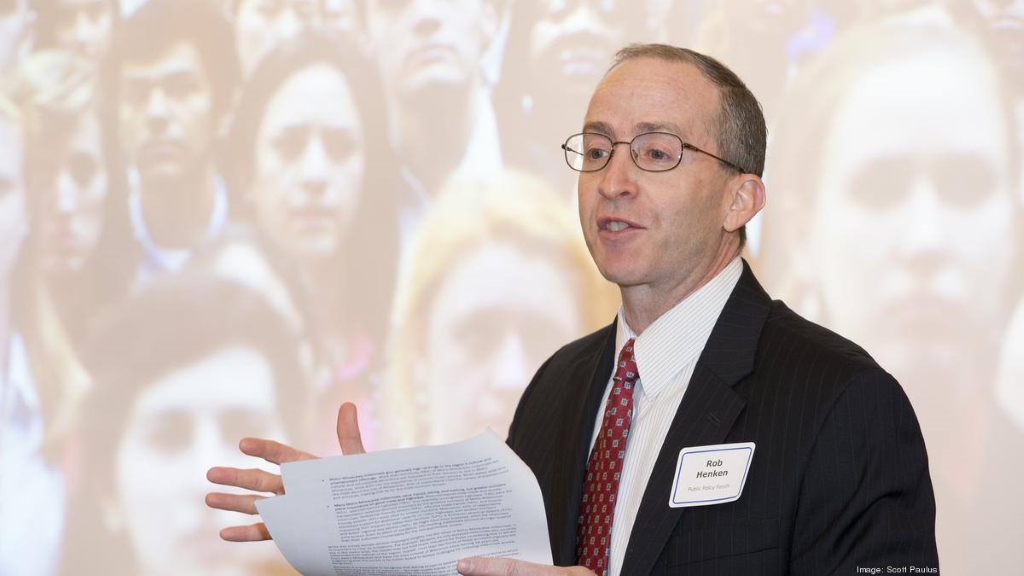 Todd Berry is retiring after 24 years as leader of the Wisconsin Taxpayers Alliance, and probably won’t miss all the complaints he got. In today’s era of ultra-partisan, scorched-era politics, all journalism and all research is examined with a fine tooth comb for any evidence of bias by both conservatives and liberals, and WISTAX got plenty of that from both Republicans and Democrats in the state Capitol. “I believe I am the only person in the state who has been attacked publicly on live television statewide by governors of opposing parties,” he once noted.

But Berry’s decision to retire left his board members looking for a replacement, and that search led to Milwaukee’s Public Policy Forum (PPF) leader Rob Henken, who turned down the job, but soon became part of a discussion about merging the two groups. And voila, the boards of both groups eventually decided to merge into one organization, to be called the Wisconsin Policy Forum.

It’s a huge change: both groups go back a long time, the PPF to 1913 and WISTAX to 1932; but there are clear advantages to merging the two groups. Still, for Henken and his board, the results of this decision may shock them. The PPF, you see, did reports only on southeastern Wisconsin and while it faced occasional complaints about its reports, the group wasn’t operating in the hyper-partisan atmosphere of Madison.

By contrast, Berry and WISTAX were a frequent target for attacks from both the left and right. Republican Tommy Thompson once met with Berry’s bosses, his board of directors, to complain about its reports revealing the then-governor’s uber-liberal style of taxing and spending. Then when Democrat Jim Doyle was governor, its reports won condemnation from liberals like longtime Madison Mayor Paul Soglin who declared that the group “misleads, distorts and will not come clean,” while fellow liberal, the late Ed Garvey, called the Alliance a “Republican front organization.”

The liberal group One Wisconsin Now even created a “WISTAX Watch,” which came complete with a quiz where you got to guess if certain comments were made by the state GOP or by Wisconsin Taxpayers Alliance. The group also tracked political contributions by WISTAX board members, finding 92 percent went to Republicans and conservatives, and recently assailed WISTAX as a “conservative, pro-corporate” group that “has joined the fight to reduce wages for hard-working Wisconsinites, authoring a ‘junk science’ propaganda document against prevailing wages.”

Meanwhile, WISTAX was facing a changing world, with online replacing print, and its bi-weekly newsletter and monthly magazine looking a tad old-fashioned. “They did need to update their product,” Henken says. The financial support for WISTAX was dwindling, with the budget declining by 18 percent in real dollars since 2013, dropping from about $697,000 to about $603,000, the group’s federal tax form shows.

Still, WISTAX was in no danger of going under, as it had a secret advantage: an endowment of some $3.5 million in investments, which spun off an annual return to help support the group. This compares to the Public Policy Forum’s tiny nest egg of about $679,000. Combining the two groups brings the combined total to nearly $4.2 million.

“That’s a big benefit of the merger,” Henken notes. “The earnings from this money allows us to be less reliant on project-oriented grants and leaves us flexibility to respond to a current issue.”

The merger also provides an opportunity to save money by eliminating any duplication between the two groups. The biggest item in that category is the director’s salary for each group: Berry earned about $205,000 total compensation and Henken about $179,000, the groups’ most recent federal tax forms show. Henken says he will get a small raise for taking over the bigger, combined entity.

He will retain the longtime number two man at WISTAX, Dale Knapp, a trained economist who keep his WISTAX title of research director for the new group. Merging forces, Henken says, will also allow the group to have more staff specialists in various fields. The new group will maintain offices in both Milwaukee and Madison, where WISTAX was based.

WISTAX was narrower in scope, concentrating on the tax impact of state spending and policy-making. The PPF, in its early days as the Citizens Governmental Research Bureau, operated similarly, while looking at local governments in metro Milwaukee. Both groups had boards with business people, and their mission was to push governments to operate in a more business-like fashion and spend fewer tax dollars.

But in the late 1980s, the Milwaukee group broadened its mission and changed the name to Public Policy Forum and began taking on research that wasn’t just about government budgets, adding reports on economic development and education and local schools. The group also has a much bigger board of directors — some 60 members — and under Henken’s leadership it has diversified from just business people to add representatives from non-profits, universities and local government. Henken says the board is adding 15 more members, to give it more geographic reach and embrace the entire state.

The idea of the PPF expanding to become a statewide entity had been discussed over the years by its leaders, Henken says, so this merger was a chance to do so. And for WISTAX it meant getting the leader they had seen as a worthy successor to Berry.

In short the merger makes sense for both groups. But can the new organization be as important for local governments and issues in Milwaukee while still maintaining the impact in the Capitol that WISTAX had, or will it be pulled harder into one or the other orbit?

The other question relates to the partisan age we live in. Increasingly, most research is paid for by one ideological side or the other, with groups on the right like the Bradley Foundation and MacIver Institute, and on the left like One Wisconsin Now. (The right has far more money to fund such research.) The Wisconsin Policy Forum may be the last independent non-partisan research group in the state, and it will get hit by critics from both sides.

Which Henken says he is ready for: “It’s important to have an organization doing research that people can see as not having an ideological agenda. I feel like I was made for that job.”

Henken notes he got his start working seven years on Capitol Hill for two different Democratic congressmen, followed by 5 years as research director for the liberal Milwaukee County and five years working for Republican and Milwaukee County Executive Scott Walker as his director of Health and Human Services and then as Director of Administrative Services.

“I’m middle of the road, I’ve worked for both Democrats and Republicans,” Henken says.

He may be one of the last such people in Wisconsin. But the odds are his new group’s research will still get plenty of criticism.