Nearly everyone agrees system needs reform, but can’t agree how to do it. 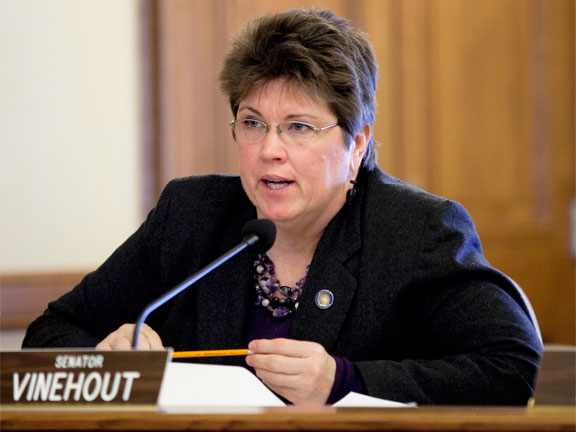 Members of the Legislature’s Blue Ribbon Commission on School Funding may have drawn this year’s Mission Impossible assignment.

The 16-member commission is made up of six Republican and three Democratic legislators, plus Green Bay and Grantsburg school superintendents, two Catholic schools administrators, a UW-Madison professor and two other public school advocates.

Its charge: Wisconsin spends $10.9 billion a year on K-12 schools — 93 percent of which comes from state aid and property taxes. How should that system be changed?

“The school funding formula was first created in the 1970s and a review hasn’t been done in 20 years,” Assembly Speaker Robin Vos said in announcing the commission.

Senate Majority Leader Scott Fitzgerald added: “With declining enrollments in more than half of the state’s school districts, a thorough analysis is necessary to ensure the process is transparent, equitable and delivers excellent schools.”

Why would the Commission fail?

*Election-year politics. Republican Gov. Scott Walker is campaigning to win a third term in November, and there is no one who speaks for the governor on the Commission. If Walker is re-elected, he could ignore any Commission recommendations as he drafts his 2019-21 state budget early next year.

But one of 16 Democrats running for governor – Sen. Kathleen Vinehout, of Alma – is on the Commission. In a newsletter Vinehout wrote after its first meeting, she noted: “The impression that the Commission existed only as an election-year ‘talking point’ was clearly on the minds of some members.”

Vinehout wants a new system of paying for K-12 schools. “We need to move toward an ‘adequacy formula’ that takes into account fixed costs, recognizes that some students cost more to educate than others, and recognizes that school districts in different solutions face different costs,” Vinehout said. “Our children and our schools are our future…Tinkering around edges is not enough.”

Another school-finance veteran, Superintendent of Public Instruction Tony Evers, is not a commission member, but is a Democratic candidate for Walker’s job. So, if Evers is elected governor, he also could ignore any recommendations from a Republican-led commission.

Asked about the commission last week, Evers said: “The biggest question I have is, how are we going to pay for our growing commitment to multiple school systems?” He was referring to the School Choice program, which used $249.6 million in tax dollars last year to pay for private-school tuition for 35,232 students. The number of Choice students more than doubled in 10 years.

Evers added: “Instead of debating what schools work better, our focus really should be on the worker shortage that is staring down Wisconsin’s economy.” The number of K-12 students – who are Wisconsin’s future workers – is lower than it was in 1995, he noted.

*Outdated, complex aid formulas. In a newsletter, the nonprofit Wisconsin Taxpayers Alliance (WTA) noted the disparities that result from 1970s school-aid formulas that still base state aid on each district’s property values.

*Major changes in K-12 education. In the 2006-07 school year, 23,406 students used the Open Enrollment program that lets parents have their child attend a public school outside their home district. Ten years later, the number of Open Enrollment students statewide more than doubled – to 58,347 – which prompted the redistribution of more than $387.8 million in school aids. In an election year, will a Blue Ribbon Commission recommend ending – or changing – a program now used by one out of every 20 public school students?

A better bet would be the Brewers, who open spring training in five weeks, winning the World Series.

5 thoughts on “The State of Politics: Politics May Doom School Funding Panel”