By Leah Harris, Milwaukee Neighborhood News Service - Dec 10th, 2017 10:50 am
Get a daily rundown of the top stories on Urban Milwaukee 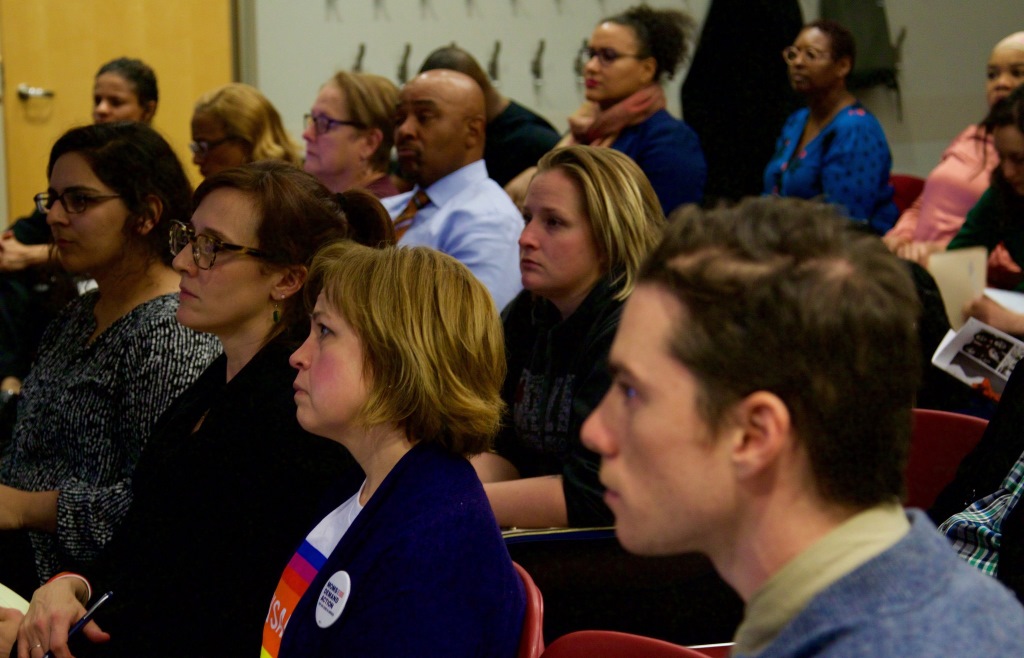 About 25 community members gathered at Washington Park Library to learn about the Blueprint for Peace. Photo by Leah Harris.

Growing up, Nicole Thompson would walk to school, the arcade and the corner store without worrying about her safety. Kids today can no longer do that, she said.

Thompson is a program director at COA Youth & Family Centers. Her children attend neighborhood schools and she said she hopes to see a day when they can walk throughout the neighborhood and she doesn’t have to worry about their safety.

“The whole dynamic of parenting has changed over the last 40 or 50 years. Parents are scared to send their kids outside,” she added. “We have to start investing in our neighborhoods again to fix it.”

Thompson was among about 25 people who attended a recent community briefing at Washington Park Library about the Blueprint for Peace, a new initiative created by the city’s Office of Violence Prevention to address safety and violence in Milwaukee. 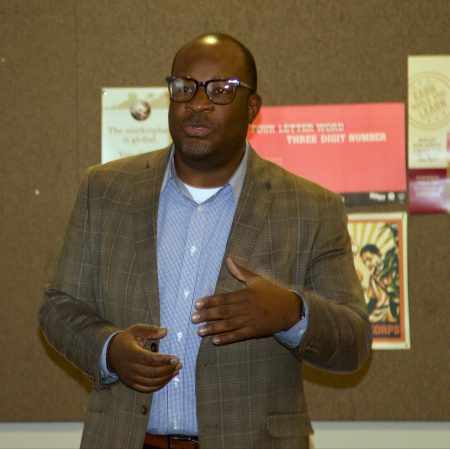 “I’m really big on community so I wanted to know what they planned for us without us,” Thompson said.

According to the Office of Violence Prevention, hundreds of Milwaukee youth and adults provided insight for the blueprint through surveys and forums.

“We want the community to be able to engage with the blueprint and have discussion and give us feedback on how to transition from plan to action,” said Office of Violence Prevention Director Reggie Moore.

The blueprint focuses on 10 priority neighborhoods identified because of high levels of homicide, nonfatal shootings, poverty and aggravated assault. According to the blueprint, there were 139 homicides, 3,000 domestic abuse 911 calls and 462 carjackings in Milwaukee in 2016.

Many attendees expressed a need for safety for their children, including adults.

Timothy Scott has a 23-year-old son. Scott said his son knows the dangers of the street, but is still fascinated by it. “He wants to be with his peers, but he also wants to see the neighborhood come up.”

Scott said that residents should be able to feel safe at all times. “A safe neighborhood is one where you’re able to walk your dog at 10 at night. It’s going to the store in your own neighborhood,” he said. “Going home shouldn’t be a life-risking event.”

Scott noted that money plays a big role in fighting violence. “We have to get the money into the hands of the people who really need it.”

David Muhammad, program manager of the Office of Violence Prevention, agreed. “There can’t be a real violence prevention plan without strong economic development in the neighborhoods that are suffering from decades of neglect.”

The blueprint’s primary goals are to stop shootings, help children and families, invest in local economies and foster neighborhoods that are free of violence.

The initiative’s success will be measured by indicators such as the number of shootings in the neighborhoods, youth employment and engagement, and use of domestic violence and sexual harassment prevention services.

Attendees at the meeting also would like to see more grocery stores in their neighborhoods to eliminate food deserts, better transportation to get people to jobs and a bigger emphasis on mental health in the plan.

Moore said that suicide prevention strategies were added to the blueprint after residents expressed concerns at an earlier event. Moore also noted that his office will host more forums and all the feedback will be shared with the mayor’s office.

Two community briefings were held prior to the one in Washington Park and the final meeting will be at the Mitchell Street library on Dec. 13.

Shawber said the blueprint is the first step in making change in the community. “We’re finally seeing this collaboration of all these different community groups, residents and activists coming together to make a difference.”