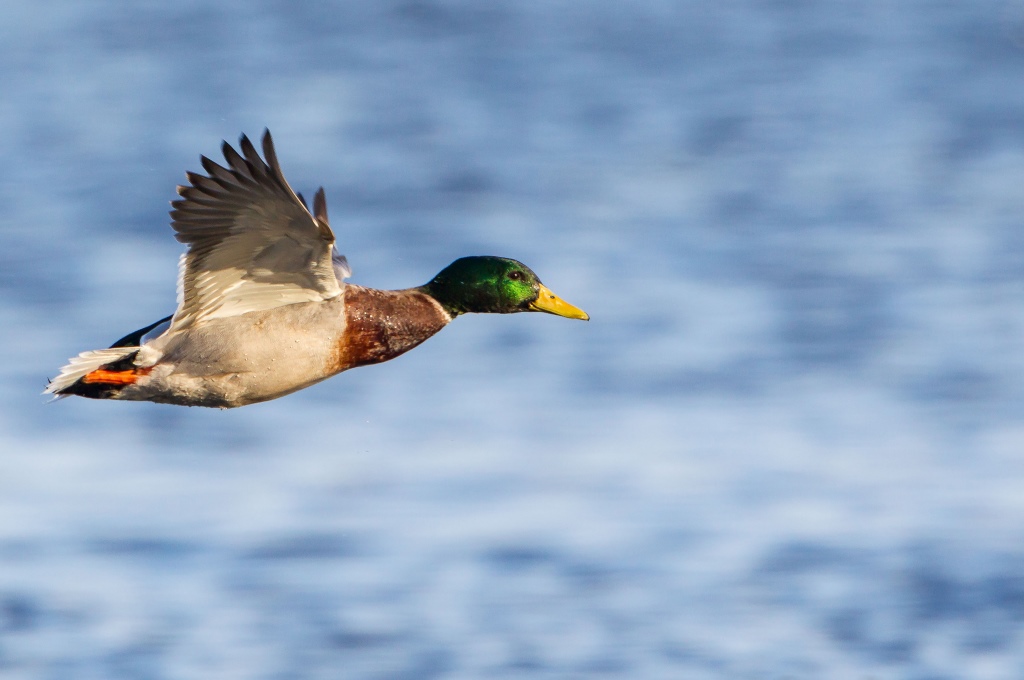 The trio were fined $25,000 each and banned from hunting and guiding in the wildlife refuge for two years — or even being in the field as an observer with anybody who is hunting.

They had faced maximum possible sentences of one year in prison and a $100,000 fine for violating the Lacey Act, the federal law prohibiting trade in wildlife, fish and plants that have been illegally taken, possessed, transported or sold.

Jeremy Schreiner, Matt Raley and Tony Toye all pleaded guilty to a misdemeanor.

A fourth guide, Jeff Van Remortel of WDH Guide Service in Hazelhurst, Wisconsin, is under investigation but no charges have been filed, officials said.

“We didn’t want to burn our agents,” Graber said.

Fish & Wildlife Service special agents posed as clients in the sting, the U.S. Attorney’s office in Madison, Wisconsin, said in a statement.

The guides allowed the undercover agents to exceed the daily limit of six ducks. “Each guide then transported by boat the illegally taken waterfowl to boat landings in western Wisconsin,” the statement said.

The 240,000-acre refuge, created in 1924, covers parts of Wisconsin, Minnesota, Illinois and Iowa and lays within a major migratory pathway for birds, the Mississippi Flyway.

Raley owned and operated Hideaway Hollow Outfitters in Lancaster, Wisconsin. His internet listing said the company’s services included “heated 20′ custom hunting boat, large spread of magnum decoys, great duck calling, hot breakfast on the boat, knowledgeable guide that knows the river in and out, and guides who put 110% effort every day into your hunt,” the indictment said.

Raley was accused of letting an undercover agent shoot more than six ducks in November 2012.

His website boasts, “I’m well known for my duck hunting.”

Schreiner owned and operated Addicted River Guiding based in Alma, Wisconsin. His website said he specialized in hunting canvasback ducks and that his hunts used a “heated 20-foot four-seat float blind with mounted gun rests,” according to the indictment.

His indictment said Schreiner directed an undercover agent “to continue to kill ducks after the agent had killed his daily bag limit” in November 2013, then “transported the illegally taken ducks” to his pickup truck in Minnesota and drove the vehicle across the Mississippi River to a café in Wisconsin.

His website says, “The Mississippi River is truly one of God’s Greatest Gifts every duck hunter should experience at least once! It is a great resource for the waterfowler.”

And his website says, “Tony’s passion is waterfowl hunting and making sure his clients are successful and have a great time. His reputation speaks for itself and he comes highly recommend in the waterfowl community.”

Wildlife refuge manager Sabrina Chandler said in a statement, “It’s disappointing to see that waterfowl guides who were permitted by the refuge were partaking in and encouraging illegal activities with their clients. We hope these convictions and resulting punishments will discourage this type of activity in the future.”