The World Is Larger Than You Think 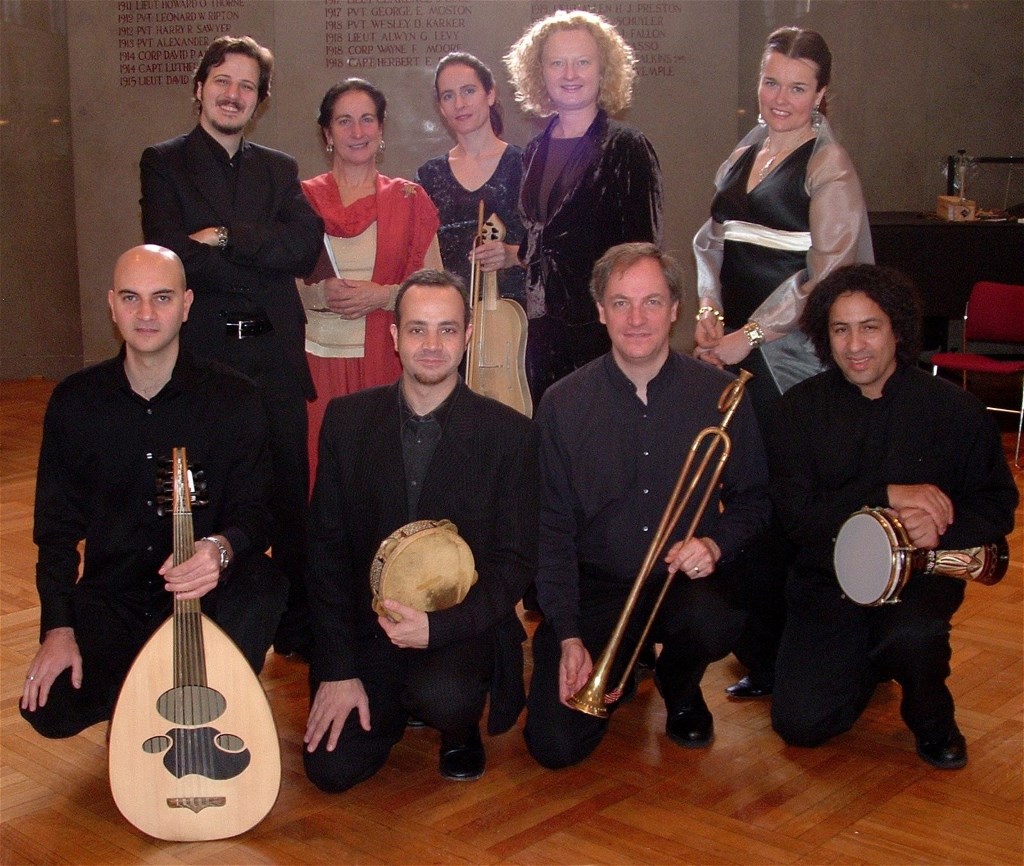 The Boston Camerata returns to the Early Music Now series, offering a melange of music reflecting diverse celebrations of early Mediterranean Christmas. The concert will be held next Saturday and Sunday at Saint Joseph’s Chapel. To reflect the diversity of early music, the Camerata will be joined by three members of the Sharq Arabic Music Ensemble. Three singers from the Camerata, masters of the crystalline vocal style of the Medieval era, will be joined by a singer with Sharq who brings a native sound and dialect from the Middle East. Each ensemble also includes players with mastery of early instruments: recorders, shawm, vielle, hurdy-gurdy, nay and many percussive instruments.

The Boston Camerata has presented and recorded similar concerts since the late 1970s. The partnership with Sharq adds additional authenticity to the complex rhythms of the Mediterranean basin, especially the intricacies of Arabic forms.

Rather than offer an immersion within a specific time and place to recreate an historic event, this concert will select material from around the Mediterranean in and beyond the Middle Ages. Recreating events from before the 14th century is not literally possible. “The authenticity quest is a failed venture,” Camerata Artistic Director Anne Azema suggests, although she acknowledges that the Boston Camerata has often offered programs focused on a certain period. In this case, she argues “your ears will guide you.” The juxtaposition of material will suggest the many bridges from one tradition to another.

“When you come to this concert it’s like sitting at a window and finally being able to open the window and having a wonderful vista revealed,” she says. “The world is larger than you think. And connecting landscapes together allows you to have a more profound and beautiful view.”

Historians remember, with somewhat rose-colored glasses, a period in the 8th century in the emirate of Al-Andalus, when medieval Iberia was ruled by a Muslim caliphate. For a period of time, Moslems, Jews and Christians lived in harmony. When Christians pushed out the Muslim rulers, that changed. Many Muslim and Jewish communities dispersed. They carried many of their traditions to other locations in the Mediterranean. But the connections remained — in the rhythms of Arabic music from Morocco to the Middle East, the florid singing pattern, the popularized, theatrical, story-telling and the many dialects of language and poetic structure.

Selections will also draw from the 13th century reign of King Alfonse the Wise who created a popularized folio of music celebrating the Virgin Mary. Music from French pilgrimages, Italian Christmas “laudas”, Bosnian Sephardic songs reworking the Star of Bethlehem story and Arabic songs of Melkite Christians in Lebanon will also be represented.

A Sephardic lament opens the program. In another song, text from the Koran tells the story of the Virgin Mary. “We know more about Mary from the Koran than from the Bible” Azema observes. “That’s what I mean by opening the window and looking at the landscape in a different way.”

The Christmas story is not just a scriptural reference. The season of cold and darkness welcomes music of hope and renewal. The story of the Virgin and child coming to redeem the human soul is reflected in a variety of music from different cultures and musical traditions. The program notes suggest “It began, after all, in the Mediterranean basin, in a corner of the world inhabited by high-strung, passionate, God-intoxicated Semites.”

Expect an immersion experience that will be remembered more for the consistency across traditions than a set of diverse and different selections. Much of the music for this concert may be sampled from tracks from a well received album the Boston Camerata has produced.

The concert begins at 5:00 p.m. Saturday, December 9 and at 3:00 p.m. Sunday December 10. Saint Joseph’s Chapel is located within the School Sisters of Saint Francis complex at 1501 S. Layton Blvd. Parking is available in a lot just south of the convent.

The next concert in the Early Music Now season will feature the Flanders Recorder Quartet from Belgium. The Quartet is closing a 30-year run, including past appearances in Milwaukee. That concert will be February 17 at St. Paul’s Episcopal Church.