Company offered classes to all employees on white male "bias and privilege." 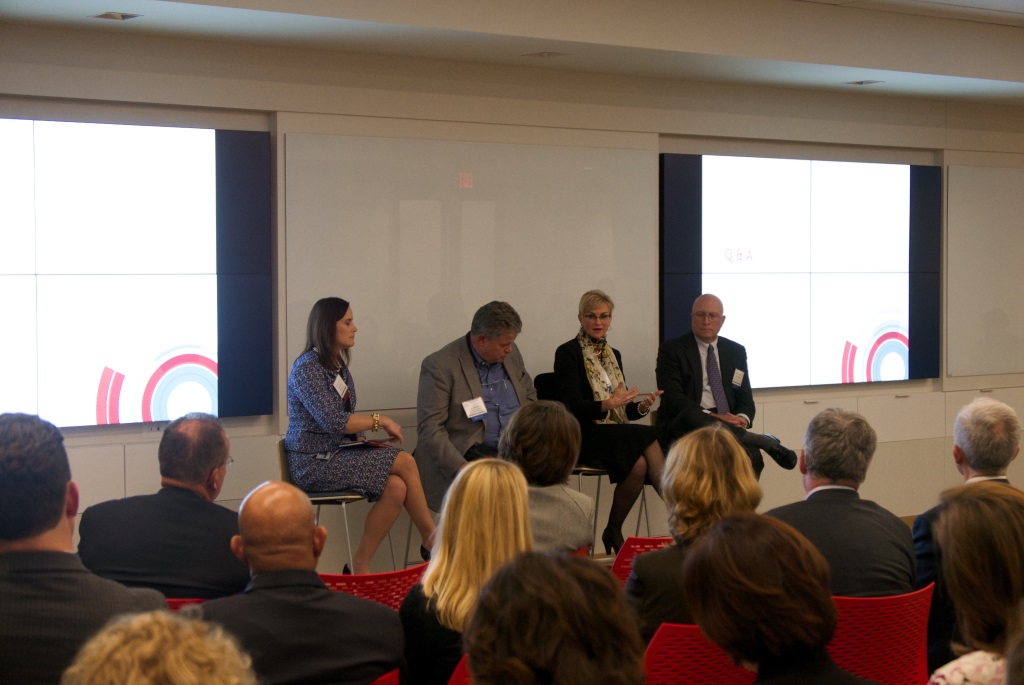 The issue of diversity and inclusion in the American workplace are much in discussion these days. Companies like the ride-sharing giant Uber have had been plagued by stories of un-inclusiveness and harassment in their offices, and the national #metoo movement of women sharing experiences of sexual harassment and assault in the workplace has added to the stunning list of those coming forward to accuse prominent men in Hollywood, the media and Congress.

Over the past decade Rockwell Automation has worked on a company-wide culture change aimed at inclusion in the workplace. It started in 2007, long before the current uprising, and this year the company was recognized by Catalyst, a global non-profit that works on workplace inclusion for women, for its “Culture of Inclusion Journey.”

The project to make Rockwell’s corporate culture more inclusive was the brainchild of Susan Schmitt, senior vice president of human resources at Rockwell. Ted Crandall, senior vice president of control, products and solutions, told a crowd of business executives Tuesday night that he thinks of the company’s culture in terms of “before Susan” and “after Susan.” Crandall said this at a panel held by Rockwell and Milwaukee Women inc showcasing Rockwell’s strategy to shift the company culture toward a more inclusive one.

Schmitt said she saw the problem at Rockwell during her first senior executive meeting where she was the only woman surrounded by about a dozen men. This made her question whether Rockwell could be truly competitive in the market for talented women and minority employees. “It wasn’t an issue of diversity, for me it was an issue of talent,” she explained.

After pulling a few executives and company leaders on board, Schmitt set about to make Rockwell more inclusive. What was implemented was a number of educational workshops, throughout the company ranks, largely aimed at teaching the white men in the company about their white bias and white privilege.

Lee Tschanz, vice president of global industry for Rockwell, was among the executives who took the training, and after a while, really took to it. He said the experience was transformative, and he became a strong supporter of the workshops, even at times when the company was cutting expenses.

“We’ve got to change people’s attitudes,” said Crandall. “And part of that is about education but another really important part is a long term commitment to keep this notion of inclusion fresh and in front of the organization, not for a few months, but for years.”

Over 8,000 employees at 100 locations have undergone some sort of training aimed at more inclusion in the workplace.

The workshops were called “learning labs” and they were run by a company called White Men as Full Diversity Partners. Tschanz said he had always prided himself on treating people fairly and equally, but the classes led him to question that.

“I was one of those white men that figured I got what I got because of me and hard work and everybody else should do the same thing,” he said. “What you definitely learn about is white male bias and white male privilege.”

Tzchans described lessons, he called White man classes, where white male employees had to think about how their identity had a culture and demeanor. And how that left others feeling on the outside looking in, or trying to assimilate and mimic how white men act in the workplace. Some examples given were men’s tendency to be assertive and aggressive in meetings.

Schmitt described how in the corporate world white men made up the dominant group because they tend to hold most positions of leadership. And the consultants from White Men as Full Diversity Partners told the men that this was because of their privilege.

The end goal of the program was to have white men in the company become as strong in championing diversity and inclusion as women, minority and LGBT employees. Tzchanz echoed Schmitt and said the market for employees is a “talent war” and working on inclusion is ultimately “good for talent.”

Krista Brookman, a vice president with Catalyst, said the award her company gave Rockwell in January shows the company has changed: “They are truly the oscar winners of the inclusion world.”