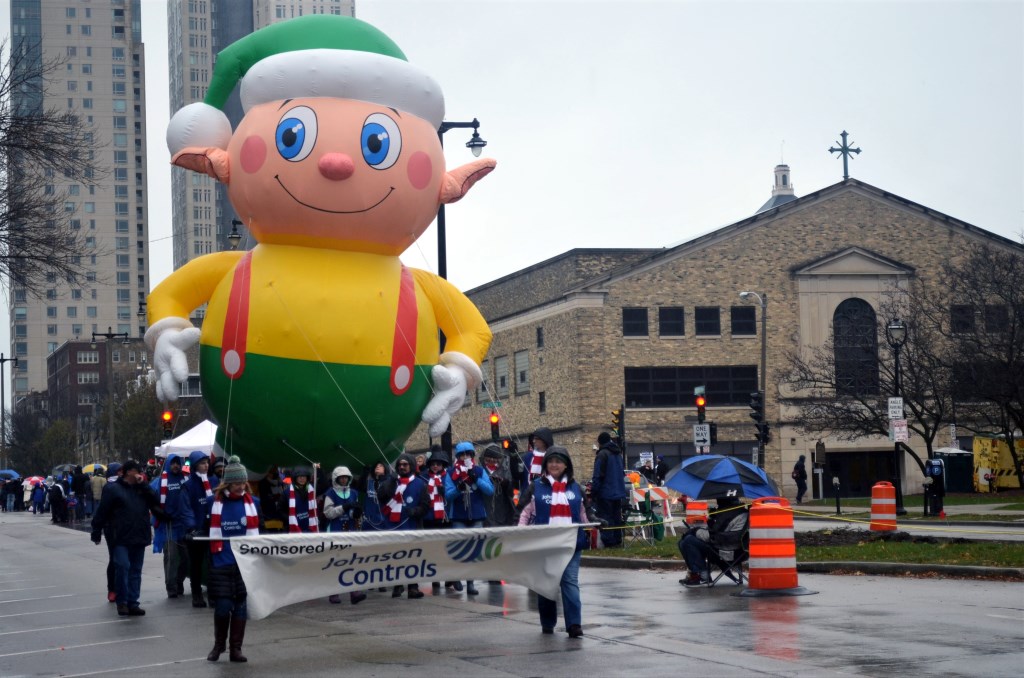 The 91st annual Milwaukee Holiday Parade made its way through the streets of the city while spreading good cheer.

Marching bands from Cudahy High School, Homestead High School, and more strode down the streets while serenading the crowd with classic Holiday music. We also saw performances from the rifle-throwing South Shore Drill Team and the grooving Milwaukee Dancing Grannies as they made their way down.

Giant balloons of elves and reindeer towered above everyone, but it appears they had a big too much eggnog the night before and  occasionally slumped, even scraping along the ground.

Mayor Tom Barrett was also in attendance. He thanked everyone for coming in spite of the sleet, saying that we were all “tough customers.”

Also in attendance was DJ O and Dr. B of radio station V100.7, Roscoe of the Milwaukee Admirals, The German Shepherd Dog Club of Wisconsin and a live nativity complete with Mary, Joseph, a Donkey, three Camels, and Magi.

And of course you can’t forget the jolly man in red and white, Santa Claus. He rode atop his Boston Store-branded float as he greeted all the girls and boys. Children were treated to selfies with Santa after the parade at Boston Store Grand Avenue.

But the parade wasn’t just fun; it was also for a good cause. Johnson Controls employees drove shopping carts in the parade to collect non-perishable food donations and monetary gifts to benefit the Hunger Task Force‘s Food for Families. 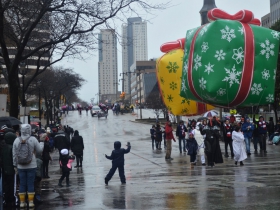 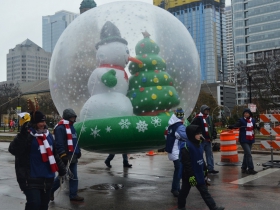 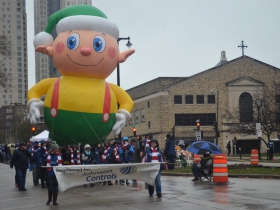 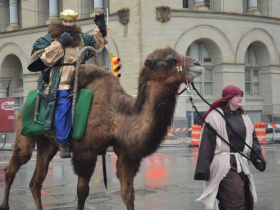 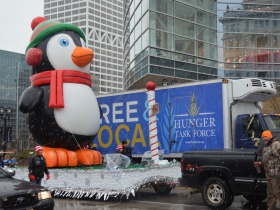 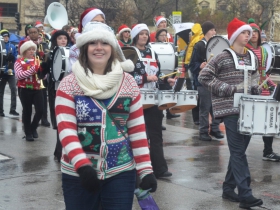