$525,000 for affordable housing project at 7th and National. 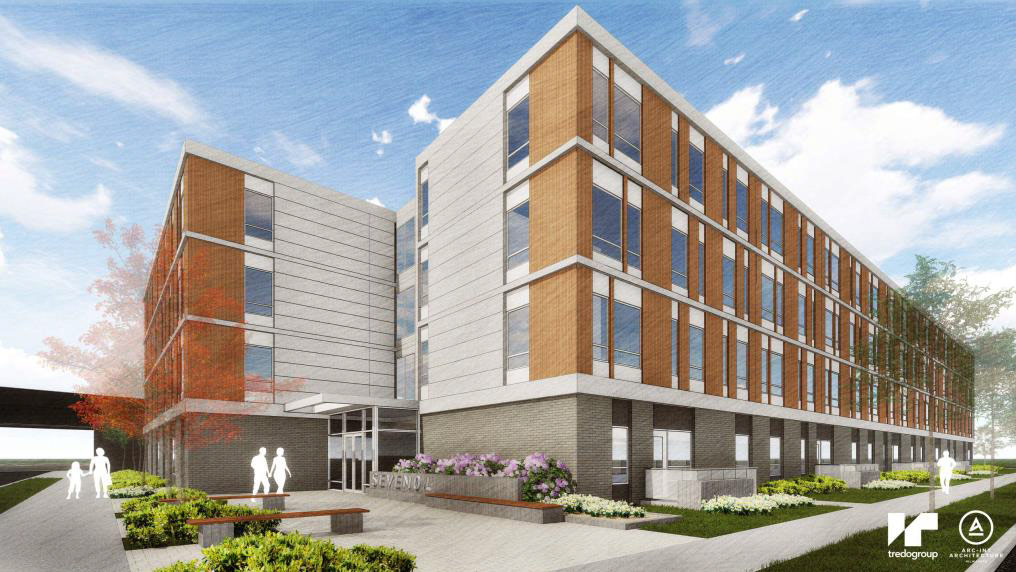 A city committee gave initial approval to a proposal for the city to contribute $525,000 in an affordable housing development in Walker’s Point. The 60-unit apartment building, to be known as 704 Place, is being developed by a partnership of Rule Enterprises and Impact Seven at 704 W. National Ave., yet another sign of the redevelopment boom in the Walker’s Point neighborhood.

The proposed building is scheduled to be completed in December 2018. It would include a mix of units (with one, two and three bedrooms), spread over four floors. Forty-nine of the 60 units would be set aside for residents making no more than 60 percent of the area’s median income, with an additional two units set aside for families earning under 80 percent of the area’s median income. Monthly rents are expected to range from $328 to $1,150.

The board of the Redevelopment Authority of the City of Milwaukee unanimously advanced the proposed Tax Incremental Financing (TIF) district Thursday afternoon. The site is currently assessed for $693,000. The project has an estimated cost of $12.6 million.

Rule Enterprises has been pursuing the project since 2015. The firm is led by Brandon Rule, who grew up in nearby Clarke Square. “I wanted my first project to be where I was from,” he told the RACM board.  The upstart developer is a recent graduate of the ACRE program designed to train minorities and women in real estate development.

Rule’s partner, the non-profit Impact Seven, has developed over 2,000 rental housing units since 1980.

The district would be developer-financed, a lesser-used version of a TIF district that places the risk on the developer, who must front the cash in exchange for repayment through the new property tax revenue created by the building’s increased assessment. The payback period is estimated at 20 years. The city has increasingly supported the use of such districts to fill financing gaps in project budgets.

The complex of buildings on the 1.75-acre site, most recently used as storage by local grocer El Rey, would be almost entirely cleared and cleaned by the development team. Soil testing has found heavy environmental contamination on a portion of the site that was formerly used by a dry cleaner in the 1950s and 1960s. “A significant chunk of our financing is actually going into the dirt,” as Impact Seven’s Kristine Giornalista told the commissioners. The heavily contaminated soil will be sent to a special landfill, while other less contaminated areas will be covered.

The project, which borders Interstate 43/94, would include a 66-stall surface parking lot. That lot would border the elevated highway, with the apartments pushed as far east on the site as possible. A plaza will be constructed at the corner of the site on W. National Ave. and N. 7th St.

Catalyst Construction is slated to serve as the project’s general contractor according to Rule. Arc-Int Architecture is serving as the architect of record on the project with Tredo Group providing conceptual architectural design services.

Terms of the TIF district require the development team to have 40 percent of project “worker hours” completed by unemployed or under-employed city-certified participants in the Residents Preference Program. Qualifying small business enterprises are required to complete 25 percent of the project’s costs.

The proposal will next go before the Common Council’s Zoning, Neighborhoods and Development Committee.