Quasimondo will buy "fabulous" building on N. 35th St. from the city. 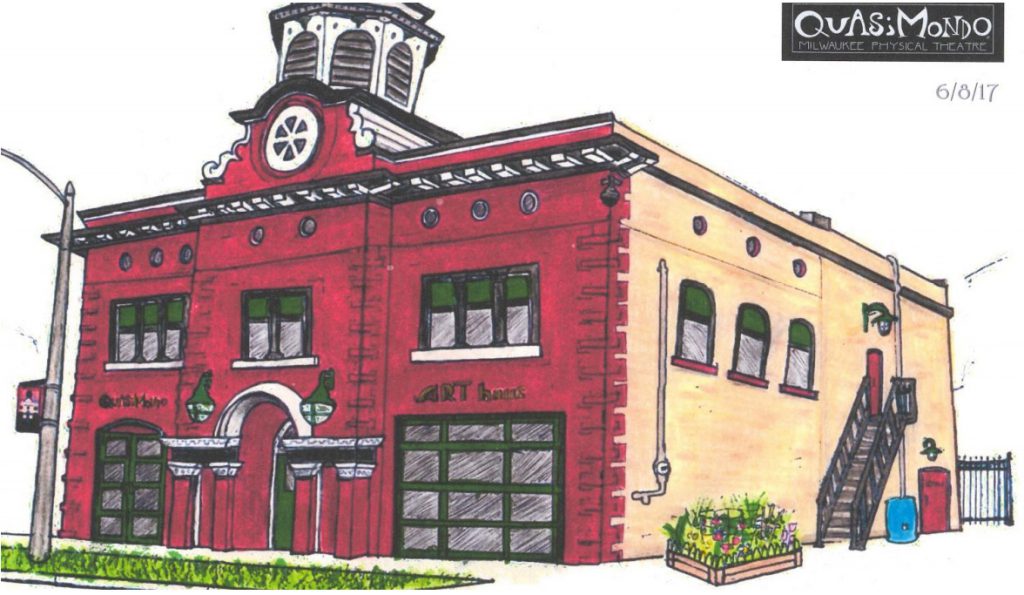 The non-profit Quasimondo Physical Theatre will acquire the former North Milwaukee town hall and fire station from the city of Milwaukee. Quasimondo intends to re-brand the building as the “North Milwaukee Art Haus,” a nod to the area’s German history, and use it as a permanent rehearsal and administrative home for the group.

Quasimondo will acquire the 9,864-square-foot building from the city for $45,000 and invest $190,000 in rehabbing the structure. A city report notes that “Historic preservation efforts will include interior and exterior restoration, tuck pointing repair and restoration of windows and doors. Wherever practical, the Buyer plans to add energy efficient features. All new mechanicals, roof repair, asbestos removal and water damage repair.” The building was originally built in 1901. 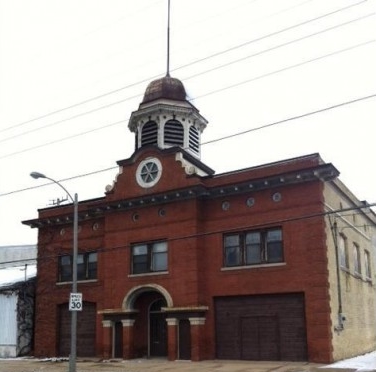 The group will use the lower level of the two-story building for administrative offices and a costume and scene shop. The upper floor will be transformed into a dance studio and rehearsal space for the group.

The city acquired the building in 2012 via property tax foreclosure. Located at 5151 N. 35th St., the building was most recently used as a photo studio and has been vacant since the city took ownership.

The city of North Milwaukee, now known as the Old North Milwaukee neighborhood, was incorporated in 1897 and merged with Milwaukee in 1929. Centered around W. Villard Ave., the city stretched from W. Congress St. to W. Silver Spring Dr. and N. Sherman Blvd. to N. 27th St.

The sale was unanimously approved by the Common Council’s Zoning, Neighborhoods & Development Committee. Committee chair Jim Bohl called the building, including its iconic tower, “fabulous,” adding that “this is another positive outcome we are seeing with the rejuvenation of the area.”

Said Ald. Nik Kovac, who serves on the board of the Milwaukee Public Library: “This is a very exciting development, it’s down the block from the new library and we certainly hoped the new library would spur development.” Kovac was referring to the Villard Square Library, the first library the city redeveloped as a mixed-use property with a library on the first floor and housing above. The library opened in 2011.

Quasimondo founder and president Brian Rott told the city’s Zoning, Neighborhoods & Development Committee that “it fits our needs perfectly as it has hardwood floors and 20-foot high ceilings.”

Since their founding the group has staged over 30 original productions and projects across Milwaukee. The group’s upcoming show, The Depths, will open on December 2nd.

A city report notes that “The Buyer has applied for the Greater Milwaukee Foundation’s ‘Strengthening Neighborhoods’ Grant, Herzfeld Foundation Grant and will seek conventional financing from Wells Fargo Bank as well as available City funding resources to assist with the project.”

The project and the library aren’t the only things happening in the area. A proposal known as 3600@Villard is also moving forward in the area.

The proposal will next go before the full Milwaukee Common Council.