Most U.S. terrorists are American citizens, but little attention is paid to them. 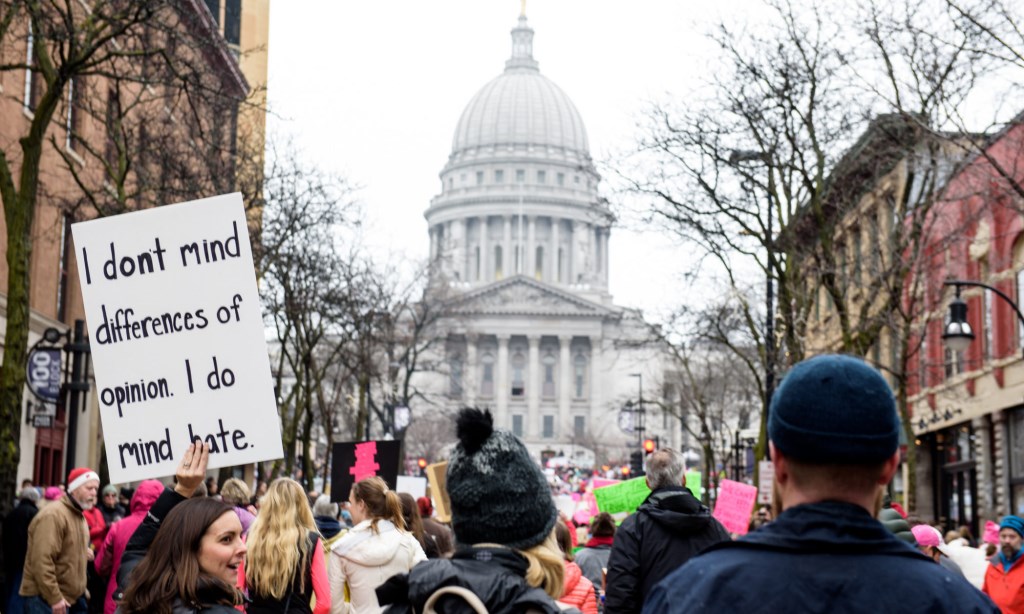 “I don’t mind differences of opinion. I do mind hate.” Photo from the United Against Hate Movement website.

America is the best country on Earth and a role model for other countries. We all need to work together to protect this country from evil and keep it safe. We have to keep reminding people that it is not white America or black America or brown America. It is the United States of America. We can only keep America safe when we all speak with one voice against those who want to divide or even destroy this country.

We need to start making this country safe again by first condemning all attacks carried out by anyone — regardless of their religion, color, ethnicity, belief or ideology. The threat is very serious and real — and it’s homegrown.

Since 9/11, almost all the terrorists in the U.S. — 85 percent of them — have been either U.S. citizens or legal residents.

The San Bernardino, Orlando nightclub, and Boston Marathon shooters and bombers were Muslims, but they were either American citizens or green-card holders. This month, a white man in Las Vegas killed more than 50 people; in August, a white Nazi sympathizer in Charlottesville killed a woman; in June, a white man from Illinois shot Republican Congress members; in March, a white man from Baltimore traveled to New York to kill black men, stabbed a 66-year-old man to death and was charged with terrorism; and in May, another white man from Oregon harassed Muslim teenagers on a train in Portland, telling them to go back to Saudi Arabia. That resulted in the deaths of two white Americans who intervened.

We should also not forget that Dylann Roof (a young white) murdered nine black men and women in a Bible study group at a church in Charleston, S.C., and Micah Xavier Johnson (a young black) assassinated five police officers in Dallas who were providing security at an otherwise-peaceful Black Lives Matter protest.

There is certainly a legitimate concern that there may be Muslim terrorists living in the United States and they might pose a threat. But since Donald Trump took office, more Americans have been killed by white American men with no connection to Islam than by Muslim terrorists or foreigners. While these men with no connection to Islam are a bigger domestic terrorist threat than Muslim foreigners, Trump obviously can’t issue an executive order to ban them because they are Americans and already here.

Banning Muslims from Muslim-majority countries will not solve the problem of terrorism in the U.S. Rather, it will rather add to the problem because terrorists use the ban as one of their recruiting tools.

Jennifer Williams, deputy foreign editor of Vox and former senior researcher at the Brooking Institution, writes, “Radical Islamic terrorists inspired or directed by groups like ISIS and al-Qaeda do pose a clear threat to the U.S. There is no question about that. … But here at home, the bigger threat has come from a very different kind of attacker, one with no ties to religion generally or Islamist extremism specifically. In fact, between 2001 and 2015, more Americans were killed by homegrown right-wing extremists than by Islamist terrorists, according to a study by New America, a nonpartisan think tank in Washington, D.C.”

Trump’s rhetoric and policies, which have been solely focused on countering Islamist extremism and not white supremacist extremism, are not going to make America safe. I am asking our Republican friends and Trump supporters who do not like Trump’s hate rhetoric to make America safe again by working together as they did in the past under previous administrations.

America is our last hope. If we don’t work together, the consequence are going to be very severe and we all end up paying a heavy price for our nonactions. Let’s take the first step. Let’s meet over a cup of tea or coffee and talk. I will even pay for it. This is how America solves its domestic problems. Please reach me at makhtar623@gmail.com.

Masood Akhtar is founder of We Are Many: United Against Hate Movement (www.united-against-hate.org/) This Op Ed was first published by the Cap Times in Madison.