The only consistent thing around the intersection of N. Jackson St. and E. Pleasant St. is change. Well, that and award-winning Sanford restaurant. The two-block stretch of Jackson St. from E. Lyon St. to N. Water St. has seen a wave of small apartment buildings constructed in recent years, and now another one is set to join the fray.

The five-story, 33-unit building is rising immediately behind the developers’ other recent collaboration, the Rhythm apartments. While the much larger Rhythm keeps the beat on the considerably more dense N. Water St., the new development at 1627 N. Jackson St. will fit in with the new neighboring buildings, including Sage on Jackson, Avante, and the East Terrace Apartments.

Catalyst Construction is serving as the general contractor on the project, with Scott Kindness of Eppstein Uhen Architects serving as the project architect. Kindness, who previously led his own firm, is a frequent New Land collaborator.

Much of the site was most recently a vacant lot, however two structures were razed by Recyclean to help form the development site. Both of the houses razed were more than 120 years old, neither designated historic by the city, including a 1,116-square-foot, wood-framed duplex at 1623 N. Jackson St. and a 778-square foot, wood-framed carriage unit at 1637 N. Jackson St. City records indicate the duplex was built in 1888 and the carriage unit was built in 1890. According to permits on file with the city, the two were demolished at a cost of $18,300 each. The home in front of the carriage unit, a large brick house, is being preserved as part of the development.

New Land’s website touts the Walk Score of every one of their new properties, a measure of the walkability of the area, and 1627 N. Jackson St. is no slouch. It measures in at 90, a “Walker’s Paradise” rating from the system, with a Transit Score of 61 (one of the highest available in Milwaukee).

If you can’t wait for construction on the new building to finish in the coming months, the preserved home at 1637 N. Jackson St. has an apartment available according to a listing on the New Land website. The 1,500 square-foot, three-bedroom unit is available for $1,200 a month starting November 1st. 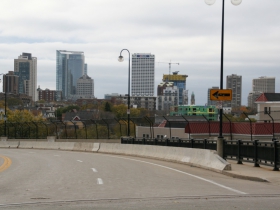 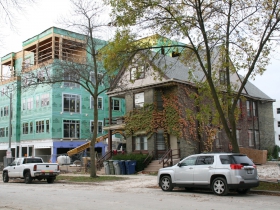 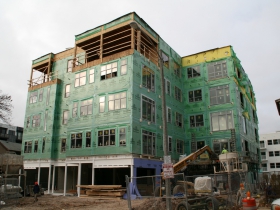 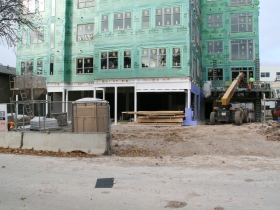 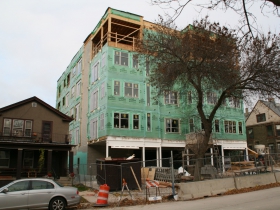 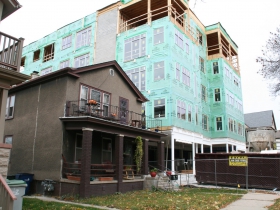 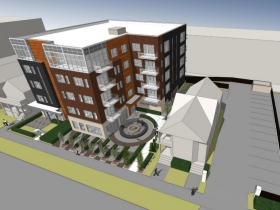 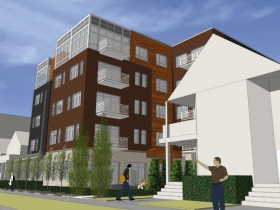 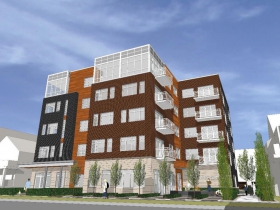 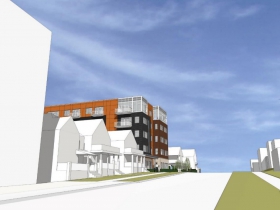 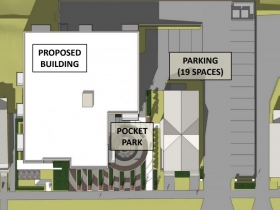