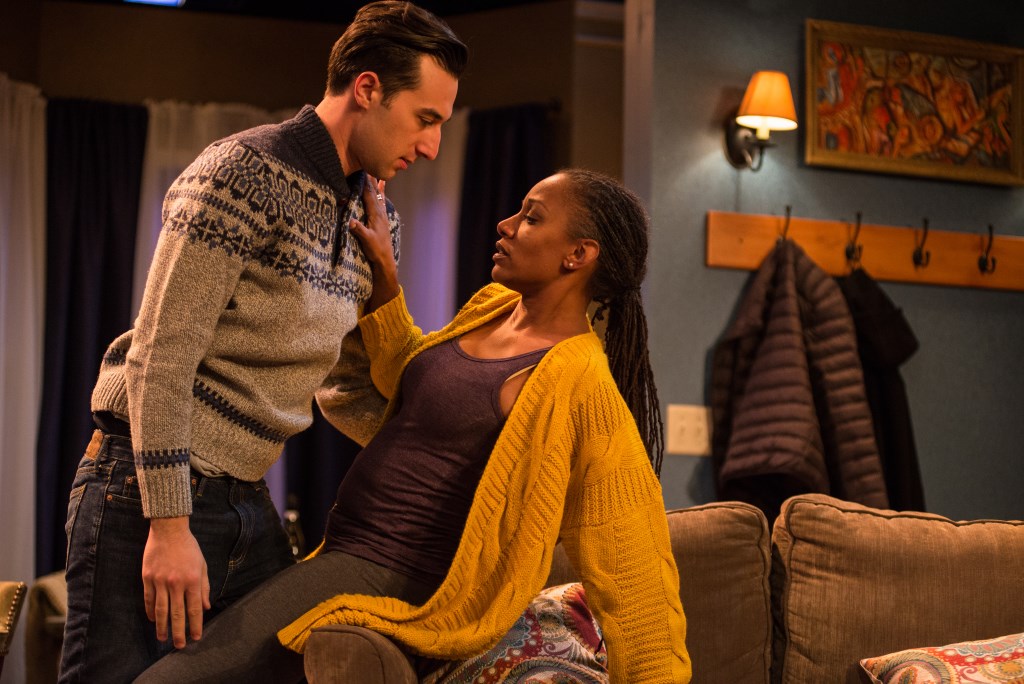 In many ways this is a naturalistic lesson play about the dangers of role playing and suppressing traditional instincts. It explores, sometimes too obviously but always engagingly, how social media and our definitions of commercial success have infected aesthetic standards and personal judgment.

Director Mallory Metoxen has perfectly mated well-known actress Marti Gobel and newcomer Nick Narcisi – and then trusted in their pace and timing as they meet at a Michigan writers’ retreat, drink and flirt and plunge into unexpected terrain.

Ethan knows a lot about Olivia’s failure a decade ago to rise to the top with a great book written in her 20s. Olivia knows little of his current Internet fame in his 20s as a blogger and best-selling author exploiting his online sexual conquests. She is razor sharp in wit but withdrawn in facing the commercial world. He is cocksure, confident and surprisingly literate, with a candor both vulgar and probing.

What initially seems incompatible collides. Its believability involves clever structure by author Laura Eason, who has seen this play become a major draw for the nation’s regional stages. A veteran writer for Netlflix’s “House of Cards,” she has crafted effective, intimate, cut-to-the-chase repartee along with important role reversals, requiring a moment by moment interplay.

The characters are set too perfectly atop their professions (she is clearly an underrated literary talent, he is a wildly successful online celebrity), but that’s the author’s way of seeing more than unthinking happenstance and sexual pull in their attraction. It’s not two stray cats coupling in the dark.  The resolution drips with lessons – and no more should be said to retain the surprises.

As Olivia, Gobel is alluring, making every glance, suppressed giggle, sideways look, mouth twitch and hesitation fraught with meaning. Rarely are we aware of the thinking that has to have gone into all this.

Narcisi has the role that drives much of the plot and he matches Gobel thought for thought, rationale by rationale, combining physical magnetism with a little boy lost appeal.

The intimacy experts — consultant Tonia Sina and designer Christopher Elst — are certainly important to make the seductions both choreographed yet believable. Sarah E. Ross continues the utilitarian and plot-sensitive set designs previously displayed in The Drowning Girls and the rest of the technical staff should also be applauded, including modern dress by Kristina Sneshkoff that help us pinpoint the passage of time and changes of mood.

But the real credit belongs to Metoxen for her insight into the script and the actors. This is not like a washing machine, where you set the timer and leave. The actors have not been on their own in reaching inside the words and finding the leisure of delivery that builds the tension. The back and forth is totally involving. You can’t do that without a good director. 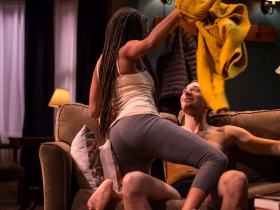 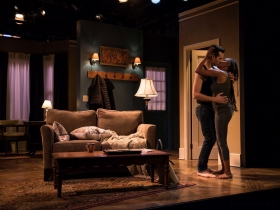 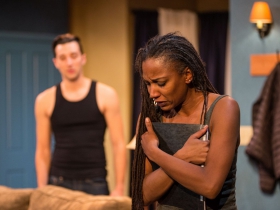 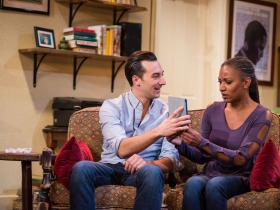 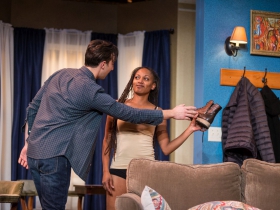 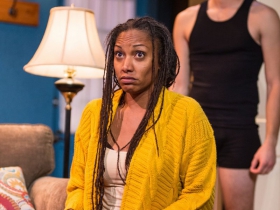