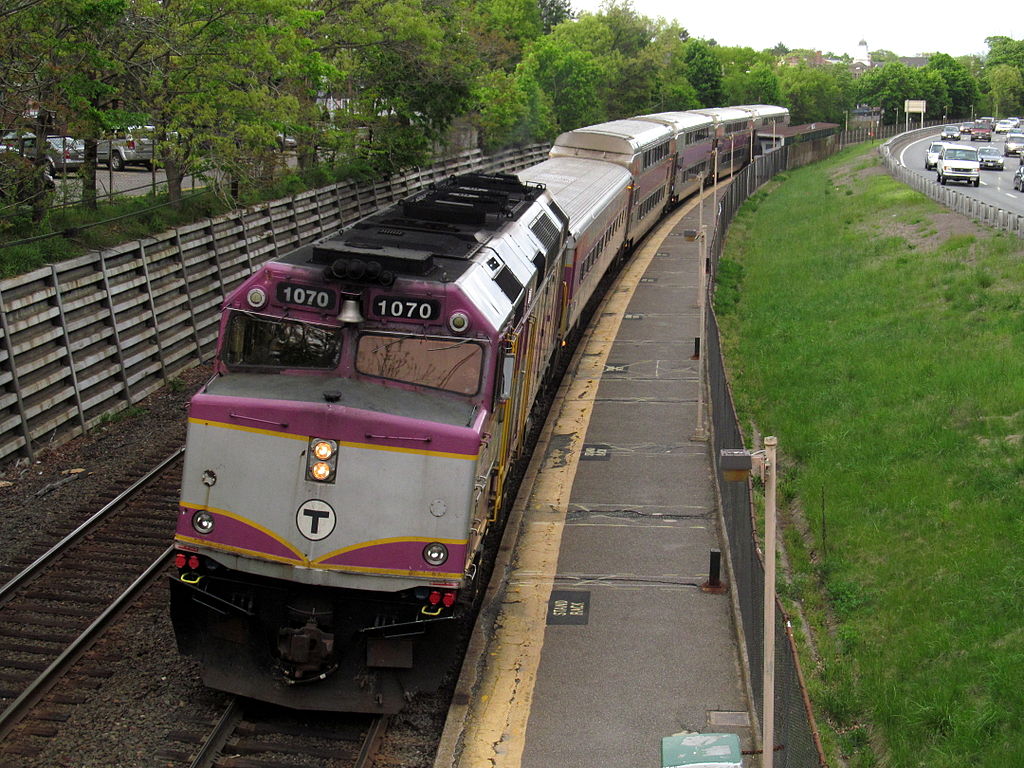 An outbound commuter rail train makes a station stop at Auburndale. View from the Woodland Road bridge. Photo by By Pi.1415926535 (Own work) [CC BY 3.0 (http://creativecommons.org/licenses/by/3.0) or GFDL (http://www.gnu.org/copyleft/fdl.html)], via Wikimedia Commons.

Every day at The Overhead Wire we sort through over 1,500 news items about cities and share the best ones with our email list. At the end of the week we take some of the most popular stories and share them with Urban Milwaukee readers. They are national links, sometimes entertaining and sometimes absurd, but hopefully useful.
The United States’ most stylish streets: What do you think of when you think of a street with style? Thrillist put together a list of what they believe are the most stylish streets in America that reflect the ethos and impressions of a place the most. Many of them are historic main streets or commercial drags, but it’s a wonder to me that there’s no mention at all that they are mostly illegal to build in cities today. (Thrillist)

The shadow transit agency: An advocacy group in Boston called Transit Matters is having an outsized influence on local policy. By digging into the data and doing analysis in their free time, they’ve been able to help (and in some instances push) the Massachusetts Bay Transportation Authority to make better decisions. This interview with three of the organization’s leaders details how they became interested in mobility matters and what they’ve already done to change policy and process for the better. (CommonWealth)

More trips, less alternative transportation: A new survey study by Dr. Regina Clewlow at UC Davis reports that ride hailing services such as Uber and Lyft are inducing more trips in cities and replacing trips that would have been made by walking, biking, or transit. Findings suggest that even as auto ownership declines, vehicles miles traveled will increase, creating congestion and other possible externalities. The study surveyed 4,000 residents between 2014 and 2015 and focused on seven major cities with ride hailing services. (Curbed)

Migration patterns aren’t what you may think: There’s a great myth being told about California migration. Liberal policies, over taxation, housing costs are the narrative, but the discussion seems to always leave out a few key points. First is that Californians are leaving the state at the second lowest rate in the country behind Texas. Second is that so may people do move to California compared to other states. And finally, international migration is huge, but often left out of the discussion. (California Rising on Medium)

What keeps us separated and segregated: In this wide-ranging interview, MacArthur Genius Grant winner and journalist Nikole Hannah-Jones discusses how people in cities are still segregating by income, race, and status–and that its not just a historical policy legacy. Her main focus on school segregation brings to light how at a very young age, many children are disenfranchised before they even have a chance to dream. (CityLab)

Singapore’s ‘brain’ is attempting to modify human behavior–for example, one system rewards drivers for using recommended mapped routes, and punishes those who do not.

–Rohit Talwar, Steve Wells and Alexandra Whittington from Fast Future describing in part how future cities will tell you what to do. (City Metric)