Closing night film is certain to be a crowd pleaser. 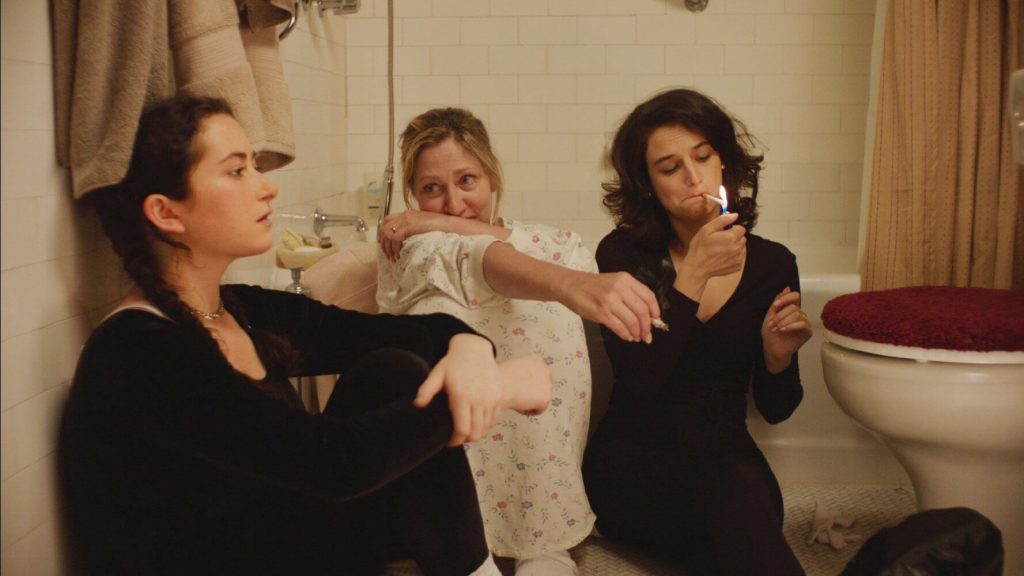 Don’t miss the last film of the Milwaukee Film Festival. Landline is sure to be a crowd pleaser. Starring Jenny Slate (Obvious Child, Zootopia, Parks & Recreation), the film is set in the pre-cell phone era of 1990’s New York City and follows two sisters who suspect their father is having an affair. Joining Slate in the cast are Edie Falco, John Turturro and Jay Duplass. If you’ve been intimidated by the nearly 200 films playing at the festival, ignore the schedule and make your way to the Oriental Theatre for this entertaining movie.

It’s 1995 in Manhattan, and the Jacobs sisters are struggling to get along. Older sister Dana (the ever-effervescent Jenny Slate) is acting out in response to her recent engagement to the stable, straight-laced Ben (Jay Duplass) while younger sister Ali (fantastic newcomer Abby Quinn) is living a life of drugs, parties, and promiscuity despite still being in high school. But when the sisters discover evidence of their father’s (John Turturro) infidelities, it brings them closer as they attempt to expose him without alerting their tightly wound mother (Edie Falco) in this warmly ingratiating portrait of family dysfunction from the creative team behind Obvious Child. Cannily observed ’90s nostalgia intermingles with a wittily acerbic screenplay to bring back to life an era when families couldn’t hide their animus behind the glow of a cell phone screen, a celebration of life and family in all its imperfection, and the ways in which our endless mistakes only serve to bring us closer together.