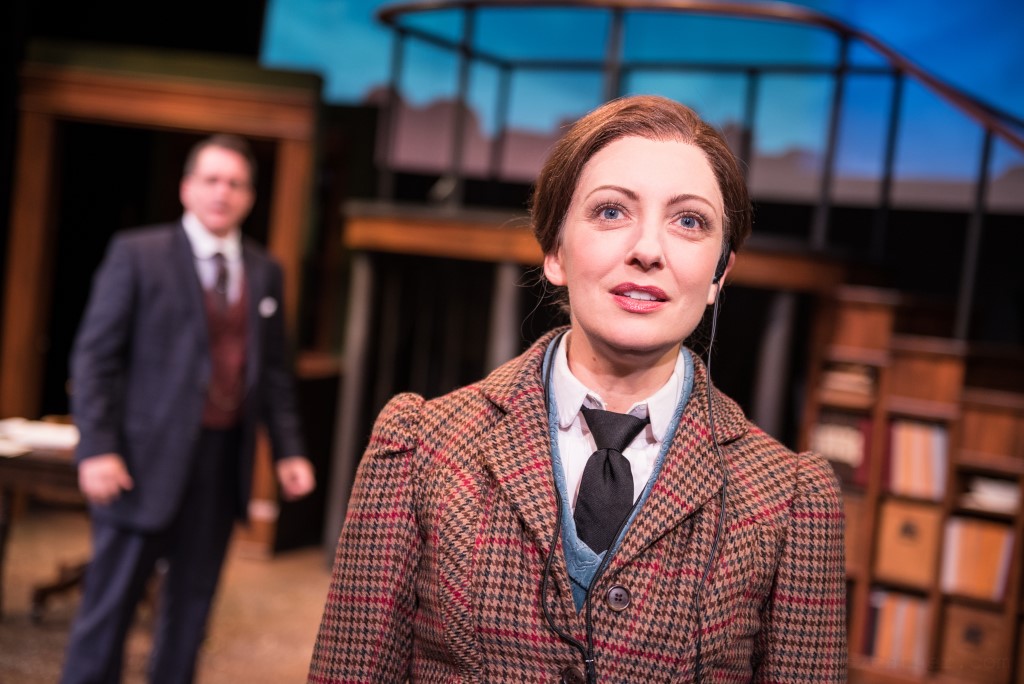 What the movie Hidden Figures did (despite its glib fabrications) for forgotten black women who worked on NASA’s pioneer space launches, the play Silent Sky does much more artistically and passionately for the forgotten female “computers” at Harvard around the turn of the 19th century. Uncredited, they stirred enormous leaps in our understanding of the universe.

Lauren Gunderson, a prolific and laudable playwright with a fluency for poetic language and subtle humor, clearly adores the collision of science and women. She has imagined a far more believable life, family and friends around the astronomers than the movie did for NASA – and yet both build around basic facts. Both movie and play are thus applaudable for bringing attention to memorable periods in science when women, neglected, underpaid and treated as lesser, anchored significant gains in knowledge.

When I recall how movie celebrities made sure middle school and high school students were given tickets to be part of that film experience, I long to see the Milwaukee community step forward and do the same for Silent Sky. On the whole it is a better introduction to the artistry and meaning of such exploration for both adults and teens.

Oh, sure it’s only about astronomy and not space cadets, you might think. But one of the great pleasures of Gunderson’s script is how it makes a passion for the stars as mighty as landing on the moon and it is even more important in revealing humanity’s relationship to the world.

Production elements further the experience, from the drudgery desks to the gentle music. There is a mystical diorama fronted by a thrusting railing that could be a ship’s walkway or a bridge to the stars, reflecting the design work of Rick Rasmussen and Aaron Sherkow.

By man’s exploration of the world, of course, we mean women since they are the prime movers of the story, though Reese Madigan is particularly good as the clumsy, pedantic, then sheepish male courtier of the piece.

Director David Cecsarini has done masterfully attuned work in putting skin under the words and finding the rhythms of life in the scenario. Deborah Staples as the lead character, Henrietta Levitt, brings a mesmerizing energy from the first moment onstage. She demonstrates how a joyousness for character can infect the audience with similar conviction, so much so that only later do we marvel at how naturally she made some flights of poetry flow.

She and Karen Estrada as her more earthbound sister play off each other tenderly and with outbreaks of sharpness that every sibling in the world can identify with.

The fellow “computers” at Harvard are also memorable and based on real life, though not the same fates as real life handed out. Carrie Hitchcock is sharp-edged and reluctantly tender as the lead computer, Annie Jump Cannon, commanding just the right attention on every entrance. Kelly Doherty as Williamina Fleming (again a real name) is the giant mother hen on the acerbic but loving sidelines. Her skill with sassiness lends a too modernistic veneer to the period, but she is delivering one-liners that regale the audience and carry a hard message about the denseness of men.  It is at these points that the playwright is coaching the audience to understand the meaning.

But mainly Gunderson makes the play about the people, the teasing, the hesitations, the unlikely affection without shattering the sense of remote time, place and innocent expectations. The dialogue is also a trip on gossamer wings through the details and delights of the sky. The acting, particularly by Staples and Estrada, with Madigan, Hitchcock and Doherty adding grace notes, makes some emotional insights fly higher than the mere words express.

So this production is not only a history of a forgotten chapter in science but a lesson in the art of the theater — though October 22 at the Next Act Theatre, 255 S. Water. St. 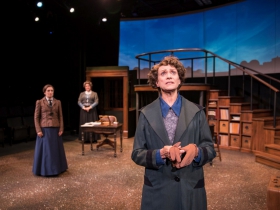 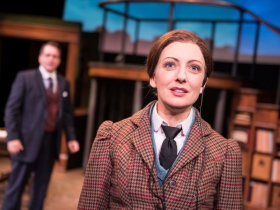 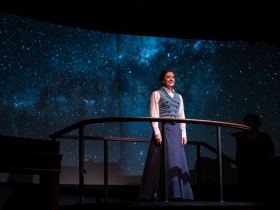 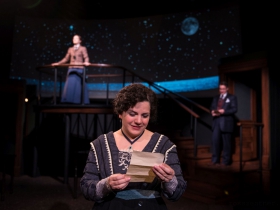 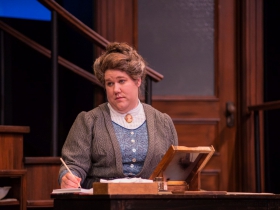 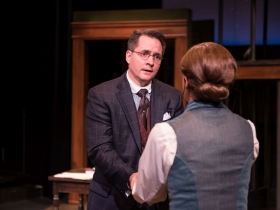