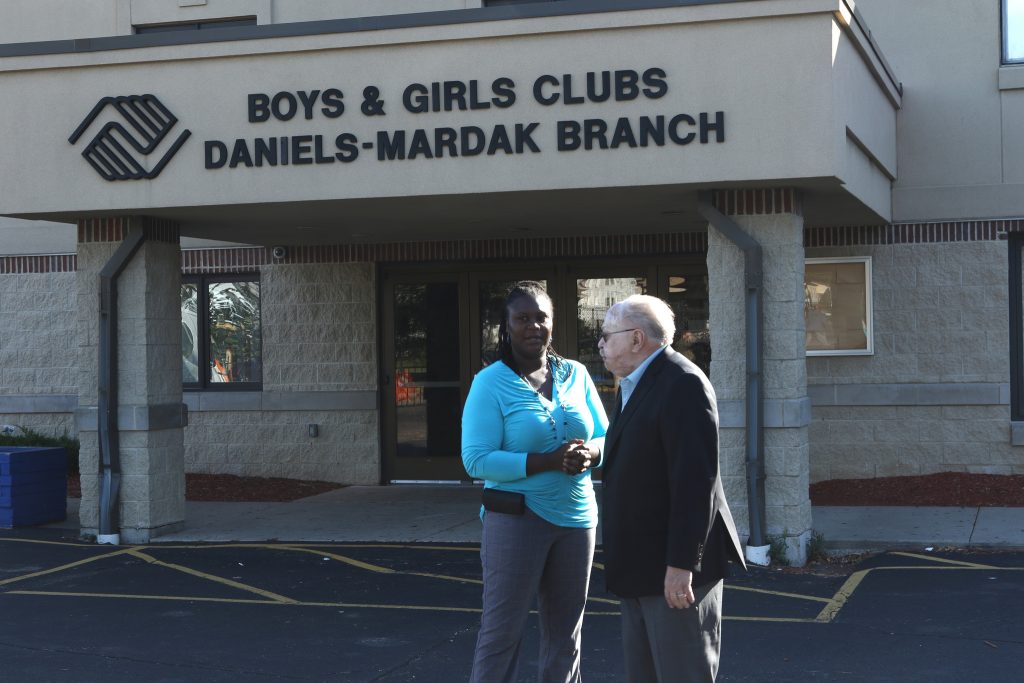 Jefferson also didn’t know the club was going to close when it was announced suddenly in late August. “I was shocked and caught off guard. We (parents) didn’t know what was happening.”

Jefferson was pleased to learn that the Daniels-Mardak Boys & Girls Club will reopen Oct. 9. A $300,000 gift from longtime donors Keith Mardak and Mary Vandenberg will support a new seven-year lease. 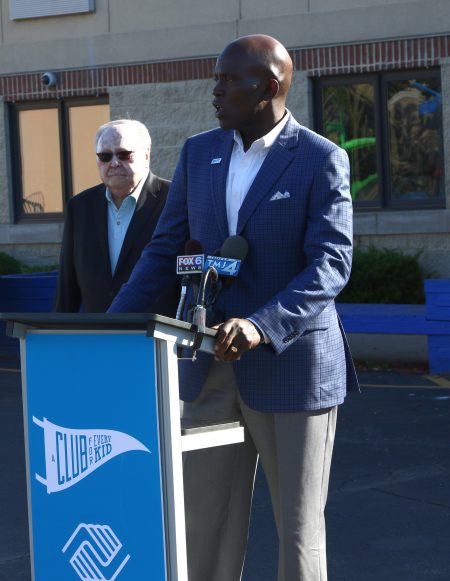 Vincent Lyles, president and CEO of the Boys & Girls Clubs of Greater Milwaukee, announces the reopening of the Daniels-Mardak Club. Photo by Leah Harris.

Jefferson has two children — a 9-year-old daughter and an 11-year-old son. They both attended the Daniels-Mardak Club for four years. They loved taking part in field trips during the summer and participating in games and sports in the gym. “They were bummed when they couldn’t go back,” Jefferson said. “There’s not a lot of stuff in the inner city for kids,” he added. “That’s what was most troubling for me.”

The donation will allow the Daniels-Mardak Club, 4834 N. 35th St., to continue serving the community through afterschool and summer programming for young people.

Mardak has been a donor since 1990 and on the board of trustees of Boys & Girls Clubs of Greater Milwaukeesince 1994. The more involved he became, the more time and money he contributed. Mardak recounted his anger and disappointment after hearing the news of the location’s closing.

“This club is so vital to this neighborhood and it shouldn’t go down because of financial issues,” Mardak said. “I had to keep it going for the kids.”

Jefferson’s children spent the rest of the summer with their grandparents. It was difficult, but the family still made an effort to get the kids outside the house to see the city. Now that the club is reopening, Jefferson said he and his wife would consider re-enrolling the children, since they know how much they enjoyed their time there.

The club’s closure also affected Georgia Isaac’s three sons, ages 14, 11 and 4. The club was one of their favorite places. “We had to help the kids transition. For my boys, they wanted to know how I could fix it,” Isaac said.

Isaac’s boys were all very involved with the club’s activities. They played sports such as football and basketball and formed bonds with the other children there. Isaac said she is excited to tell her boys about the reopening, so they can tell their friends that they won’t be split up anymore.

Vincent Lyles, president and CEO of Boys & Girls Clubs of Greater Milwaukee, said the club will be bigger and better after the reopening. “The club needed some updating,” he said. “If something closes, when it reopens, you expect it to look a little different.” The new lease adds 10 rooms, expanding the number of members who can be served.

“It’ll give the kids even more opportunity to build relationships with some of our really great staff,” Lyles added.

“When the day is done my boys will be here,” Isaac said.