“Franck In A Nutshell”

I don’t personally care for Saint Paul’s Episcopal Church as a performance venue for chamber music. To be sure, it is a grand space. A Richardsonian Romanesque architecture, soaring stone masonry and unique Tiffany windows are a feast for the eye. The raised transept creates a resonant chamber for performers. But the sound travels uncertainly down the long aisles of the church, limiting the sound to those beyond the half way point. Frank Almond points out that some patron’s of the Frankly Music series “prefer to sit in the middle and take in the atmosphere.” His concerts include carefully placed LED lighting to add to the ambiance.

Frankly Music, Early Music Now and occasionally other groups perform at Saint Paul’s. Timothy Benson, Music Ministry Director and Assistant Director of the Milwaukee Symphony Chorus and music director for the church, has been a great source of support. Frankly Music now divides the season between this East Side location and the ideal acoustical space of Schwan Concert Hall at Wisconsin Lutheran College.

However, the Frankly Music concert scheduled for next Monday evening is the first chamber concert in recent memory to take advantage of a great resource at Saint Paul’s – a grand organ. The new (2012) 51 rank, three-manual Schantz organ features 3050 pipes.

Franck, an accomplished organist, composed great romantic works for organ. He was a directly involved in the promotion of advanced organs designed by Frenchmen Aristide Cavaillé-Coll. Franck served as principal organist at Sainte-Clotilde for 32 years, home to one of the best of these organs. The new organs allowed greater control over dynamics, truer representation of other instruments and more flexibility over isolating and blending individual sounds. Franck’s compositions set the standard for organ works to follow. He taught most of the next generation of great organists and composers – including Vincent d’Indy, Ernest Chausson, Louis Vierne, Charles Tournemire, Guillaume Lekeu and Henri Duparc. 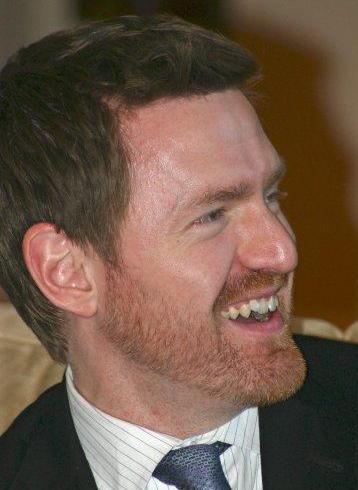 Franck’s Prélude, fugue et variation op. 18 may be described as a meditative, melancholic work with clean textures and transparent polyphony. Single ranks of reeds carry a tender melody. By contrast, Pièce Héroïque, from Trois Pieces pour Grand Orgue pulls out “all the stops.” The 16 and 32 foot pipes will resound throughout the space. These selections highlight the exposed sound of solo voices in the first and the symphonic grandeur of the full “Grand-Chœur” in the second.

Franck’s teaching and performance duties led to limited time for composition. But several of his chamber works are among the best in their genre.

Frank Almond will perform Franck’s Sonata for Violin and Piano with guest pianist, Adam Golka. Golka has appeared with the Milwaukee Symphony and on Frankly Music concerts a number of times. Franck wrote the Sonata as a wedding present for his student, violin virtuoso and composer Eugène Ysaÿe. Virtuoso sections challenge violin and piano in turn. Lovely themes, recalled across the sonata, build familiarity. Critic John Henken describes the final movement which opens “in a state of pure lyric grace, with a lovely optimistic theme that is played in canon,” then recalls the sweet opening theme “before swelling into exultant joy.”

The concert will close with Franck’s Piano Quintet in F minor, Op. 34. Critic Roger Nichols notes the quintet’s “passionate intensity … a wild composition (built) on classical lines.” Surging waves of music cascade throughout the work. “The ground seems to always be shifting under your feet.”

Almond and Golka will be joined for the Quintet by violinist Yuka Kadota, violist Margot Schwartz and cellist Madeleine Kabat all Milwaukee Symphony musicians. (Madeleine Kabat joined the MSO this fall as Acting Assistant Principal Cellist.)

The concert, Almond notes will present “Franck in a nutshell.” This diverse selection of compositions represents the best of Franck’s output. It will serve as a fitting introduction to those who have not focused on his works.

Details
This first of the season concert will be held at 7:00 p.m. Monday, September 25. Saint Paul’s Episcopal Church is located at 914 E. Knapp St. (at Juneau). Parking is available at the Lincoln High School of the Arts lot just across the street. Tickets may only be purchased online – $30 general, $10 student. Join the “FM Friends” for a variety of discount opportunities.

Coming up
The second Frankly Music concert – “Movie Night” – will feature the “serious” side of some composers mostly known for their Hollywood projects. The concert will include music of master composers Erich Korngold and Bernard Hermann, “along with a few possible surprises.” This November 27 concert will also be held at Saint Paul’s Episcopal Church.