Design team is visiting other cities' musical festivals for ideas. 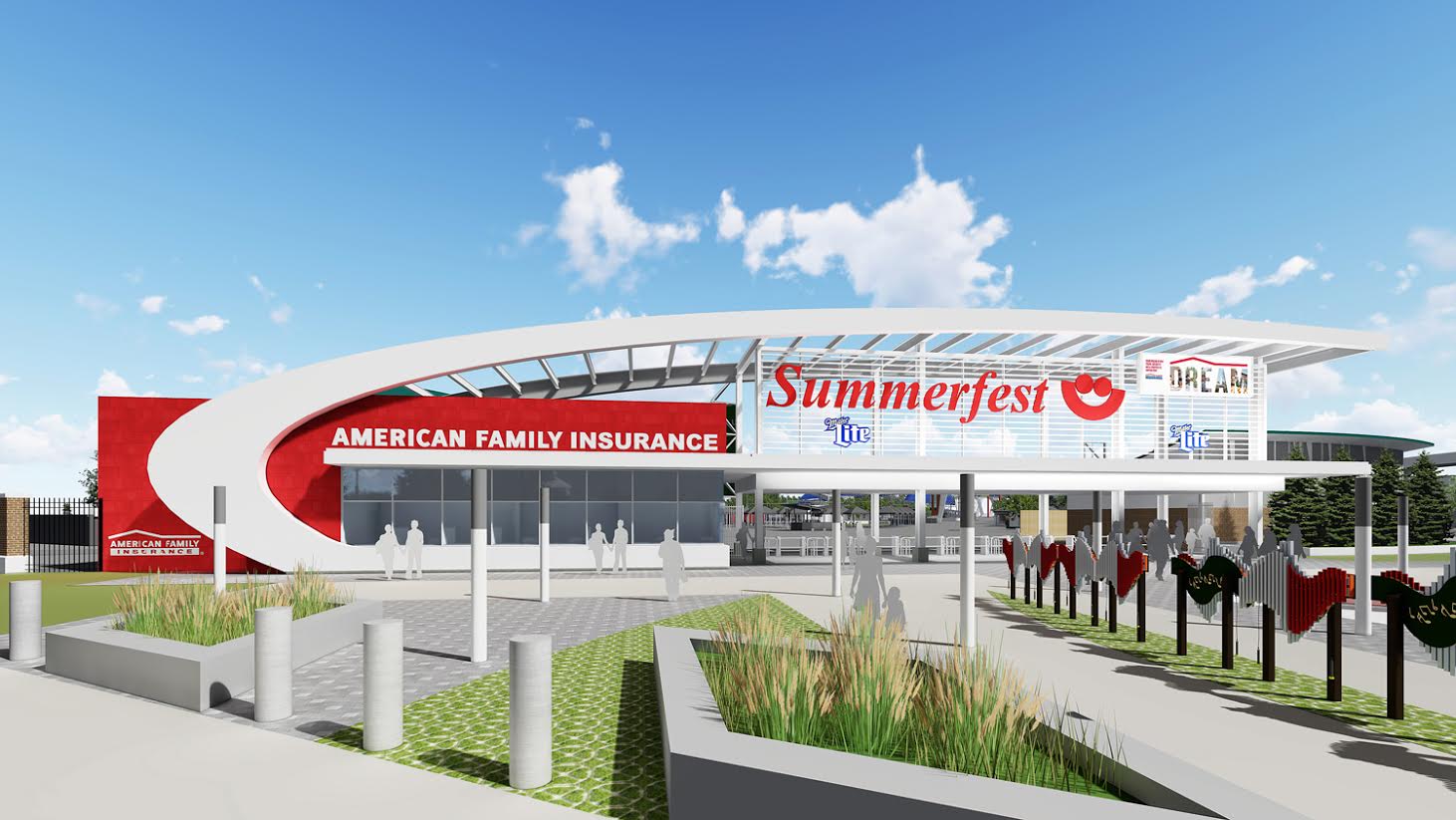 A quarter of a century ago, the new North Gate entrance to the Henry W. Maier Festival Park was big news. The construction of the large white steel structure with its colorful “Summerfest” signage and broad plaza was the first time that the site of the “World’s Largest Music Festival” had created a conscious and inviting design interface with the surrounding community.

Since then, the Mid Gate and the South Gate have been substantially improved. Now it’s the North Gate’s turn again.

A presentation was made Wednesday to the Historic Third Ward Architectural Review Board by Bob Gosse of Milwaukee World Festival, Inc. and Troy Jacoby of Eppstein Uhen Architects, the designer of the proposed “North Gate and Plaza” which will provide considerable signage and visibility for the principal sponsor of the festival, which was renamed Summerfest Presented by American Family Insurance this July.

The work calls for the construction of a new parabolic structure to replace the gate and a ticket building which was built later, in 2001, but constructed in an impropitious location, according to Gosse.

The lines for those awaiting tickets are at an angle to the pedestrian flow of those heading into the park, causing delays and confusion, Gosse said. The new design will remedy that.

Additionally, the plaza will be reconsidered. Currently it is littered with temporary wooden planters and other devices to separate pedestrians from errant traffic. A more cohesive approach is needed, Gosse said. This will include improving an adjacent area that is not part of the festival leasehold, but shares ownership with the Board of Harbor Commissioners of the City of Milwaukee.

“There is lots of visual noise” he said, about the current layout, which is undefined and not ideally arranged for year-round use.

“American Family wanted to take the North Gate a step further, so we got the idea to develop the corner plaza,” he told members of the board. “We want people who come to the lakefront to have something to do to interact during the entire year, not just Summerfest,” Gosse said.

Gosse said the design team will be visiting music festival sites in other communities for ideas.

The Board gave its unanimous consent to the proposal. 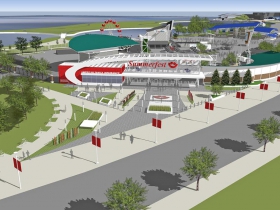 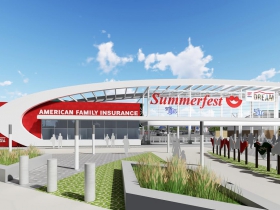 Construction is expected to begin immediately and to be completed in time for the 2018 festival season. In fact, demolition of the North Gate has commenced, with the colorful signage already having been removed, leaving the bare white spires of the structure.

The proposed expansion area includes a number of decorative trees that are well past their prime, and have been poorly trained. The location is a popular hangout for Canada Geese (a sign of something out of whack in the landscape balance), yet will soon be in full view of the proposed Urban Park. It is not certain how well the plans for the North Gate will interface with the proposed park. The area to the southeast is a state park with an emphasis on natural plants that might be in conflict with the arboreal aspirations of Summerfest. How this plaza would fit in with the adjacent soccer pitch is also a question. It would be interesting to see a fully articulated landscape — and landscape maintenance — plan be presented.

Meanwhile the takeaway is that Summerfest and its sponsors continue to add value to this prized possession of the Board of Harbor Commissioners of the City of Milwaukee. There are few municipal assets of its sort in the nation. 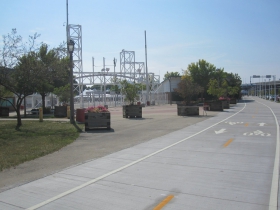 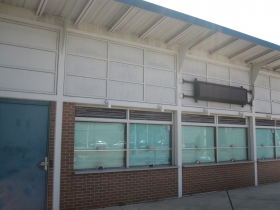 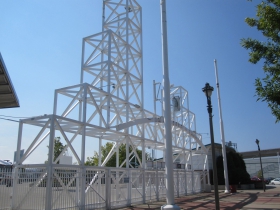 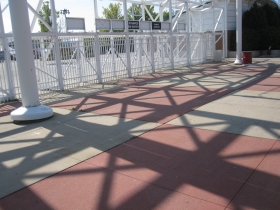 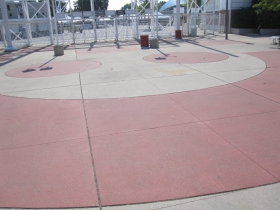 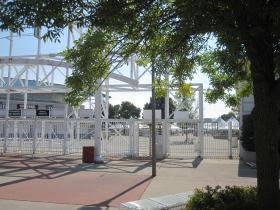