East Side Tomato Romp Is a Blast

A blast of tomatoes thrown at each other. Our photos capture the messy event. 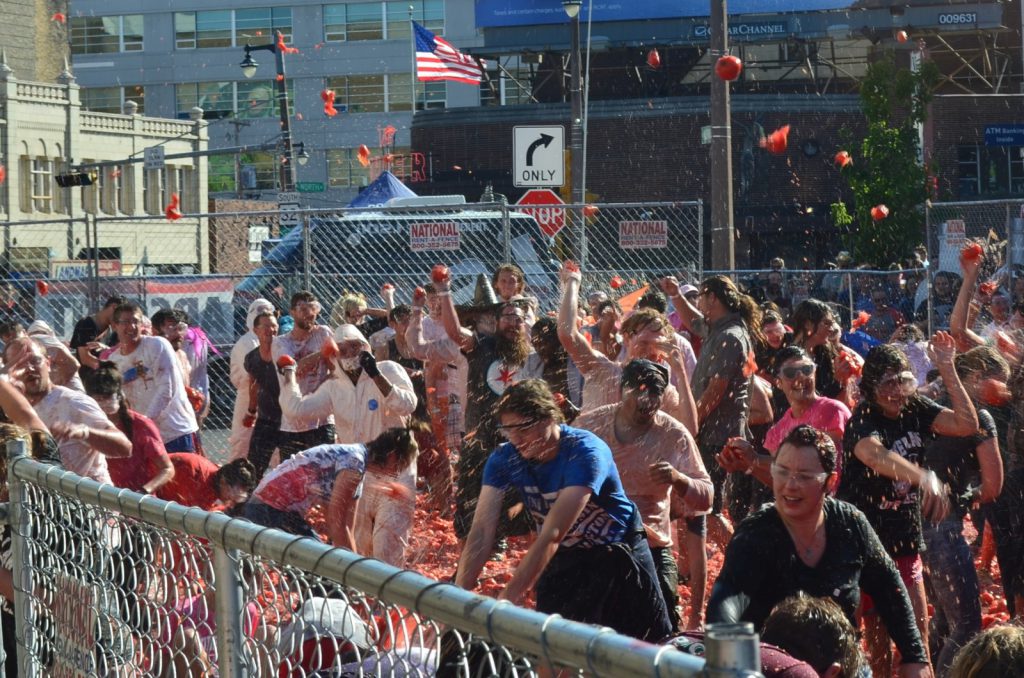 What’s one to do with 8,000 pounds of inedible, over-ripe, or even a bit rotten tomatoes? Why throw them at each other, of course!

That’s exactly what happened at the 11th Annual Tomato Romp on Milwaukee’s East Side on Saturday. The romp is the first of its kind in North America inspired by La Tomatina in Spain, according to a press release. All proceeds — but not the produce — from the event go to the Riverwest Food Pantry to help end hunger in the community.

An opening procession led by Paradigm Drumline preceded the romp, which lead the participants all around the East Side and to the caged arena on N. Murray Ave. just north of E. North Ave. From there the tomato fight began.

People rushed the arena and soon tomatoes were being hurled like fastballs. While the people inside the arena were thoroughly soaked with tomato juice and seeds, those outside the gate got a splattering too, and not just from tomatoes that made their way over the gate. The tomatoes were hurled so hard that they got diced as they hit the gate, spilling tomato guts all over onlookers. Eventually the fight devolved into just throwing handfuls of tomato water. At the end, exhausted from the chaos, the fighters made tomato angels in the soupy tomato brine. Peace at last.

Our photos capture the chaos. 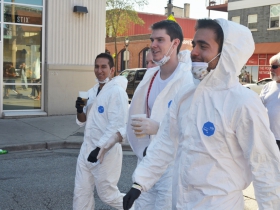 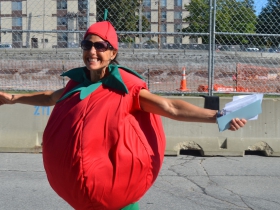 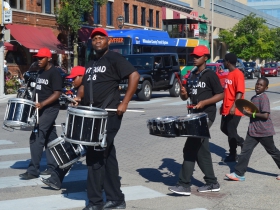 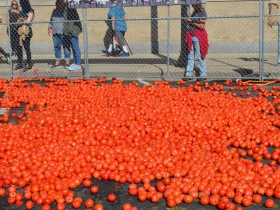 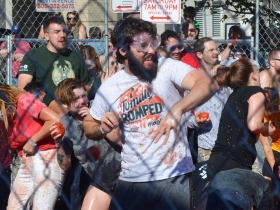 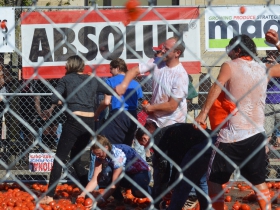 One thought on “Photo Gallery: East Side Tomato Romp Is a Blast”