Maryland uses same technique as Wisconsin, but to benefit Democrats. 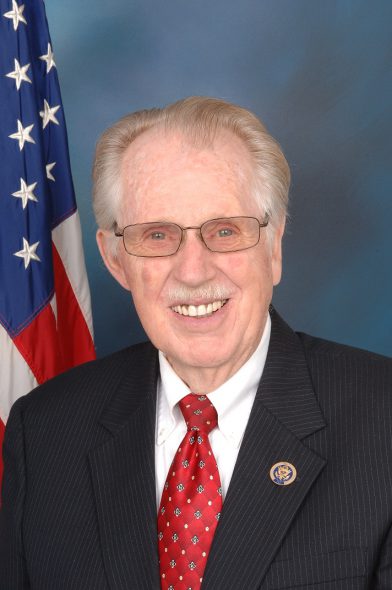 The challenge to the Wisconsin gerrymander may give the impression that the controversy is strictly a partisan one. On one side are the right-wing groups allied in support of the Republicans’ present 20-seat advantage in the state Assembly. On the other are Democrats hoping to become competitive again.

What is sometimes forgotten is that whatever the US Supreme Court decides in Gill v Whitford, the Wisconsin challenge will have nationwide repercussions. If the court allows the Wisconsin gerrymander to stand, the door will be open to similar gerrymanders nationwide and to those designed to favor Democrats. For the Democrats not to gerrymander where they control the government would be a decision to not remain competitive.

At best, the decision by the various right-wing groups to submit friend-of-the-court (“amici”) briefs arguing in favor of the Wisconsin gerrymander demonstrates a lack of imagination. The authors cannot imagine a Wisconsin not controlled by Republicans. Perhaps they imagine that the Act 43 districts are so favorable to Republicans that they will never be broken.

As a reminder that Democrats can gerrymander, too, a federal court is considering a challenge to a gerrymander by Maryland Democrats created to defeat (successfully) that state’s longtime Republican Congressman Roscoe G. Bartlett. A few days ago a panel of federal judges put that case on hold to await the Supreme Court’s decision in the Gill v. Whitford.

In doing so, however, the judges made it clear they are not fans of political gerrymandering. Writing for the majority, Judge James Bredar declared:

Though the members of this panel differ in their views concerning the implications of Supreme Court precedent, the evidence Plaintiffs have thus far adduced, and the efficient management of this complicated and important case, all agree that political gerrymandering is a noxious and destructive practice. The segregation of voters by political affiliation so as to achieve purely partisan ends is repugnant to representative democracy.

Among the right-wing amici briefs in Whitford, there is no attempt to answer Judge Bredar, to explain why he and his colleagues are wrong and gerrymandering is an affront to American democracy. How does locking in a single party — either party — make the U.S. a better place?

Consider the brief from Paul Clement, writing for the Wisconsin Assembly and Senate, which defends the Wisconsin gerrymander. Clement might be considered the dean of Republican Supreme Court advocates, having appeared before the Supreme Court numerous times, arguing against the Affordable Care Act and in favor of the Defense of Marriage Act. After describing decades of nonpartisan redistricting by federal judges in Wisconsin, Clement waxes celebratory about Act 43’s very partisan redistricting:

But in 2011, after three decades of litigation and court-drawn plans, the legislature finally broke through: After months of fulltime work by legislative aides meeting with caucus members and drafting maps that complied with traditional criteria, the Wisconsin legislature passed a districting plan (“Act 43”) that obtained the governor’s approval and, after minor tweaks, survived challenges under state law, the VRA, and this Court’s racial gerrymandering precedents. … Yet not even that once-in-a-generation feat was enough to keep redistricting under state control.

Instead of arguing that gerrymanders are good for American democracy, the amici briefs latch on to a potpourri of themes.

Several attempt to revive Wisconsin Attorney General Brad Schimel’s argument that “natural packing” is to blame because of Democrats’ concentration in cities. A problem with this argument is that, while a credible case can be made that this concentration could account for a two-seat GOP advantage, this is far short of the roughly 20-seat Republican advantage the Act 43 designers carefully created. Act 43 is the result a process in which numerous maps were generated and the most favorable to Republicans was chosen.

A second tack takes advantage of the fact that there is no majority opinion from past Supreme Court gerrymandering decisions. This opens the floodgates to parsing the various plurality, concurring, and dissenting opinions to tell the justices what they really meant to say.

Lower courts are expected to color within lines set by the Supreme Court. When the justices themselves cannot decide where the lines should go, this creates a challenge for other courts. The Whitford circuit court decision summarized the problem:

In resolving the plaintiffs’ claim, we face a significant analytical problem. Although the Supreme Court’s political gerrymandering cases establish that “an excessive injection of politics is unlawful,” Vieth, … (plurality opinion) …  the Court has not come to rest on a single, judicially manageable or discernible test for determining when the line between “acceptable” and “excessive” has been crossed. Indeed, a signature feature of these cases is that no single opinion has garnered a majority of the Court.

A number of the amicus briefs recognize this problem but then proceed to tell the justices what they actually decided. For instance, the amicus from the Wisconsin Institute for Law & Liberty (“WILL”) recognizes that “this court’s attempts to wrestle with political gerrymandering claims provide conflicting precedents and inadequate guidance to district courts.”

Yet, WILL and the others are eager to explain to the Supreme Court what it really meant to say. Among other things, the justices learn that only gerrymandering of individual districts can be challenged, that a plan complying with traditional redistricting criteria cannot be an unconstitutional political gerrymander, and partisan gerrymandering cannot be challenged in the court.

If a majority of the justices actually agreed with these interpretations, why didn’t they put them into a majority opinion? Even if the various musing of the justices in previous cases did add up to the majorities the amici briefs claim, why would today’s court feel bound to them? While lower courts are left to surmise the lines drawn by the Supreme Court, the justices are free to draw new lines.

Returning to Maryland, the decision was not unanimous. Fourth Circuit Judge Paul Niemeyer wrote a dissent. Judge Niemeyer has been described as “possibly the most conservative member of the Fourth Circuit.” Ten of his clerks have moved on to clerk on the Supreme Court, mostly for conservative justices.

With this background and in light of the amici briefs from right wing groups encouraging the Supreme Court to uphold the Wisconsin gerrymander, one might conclude that Judge Niemeyer dissented because he disagreed with Judge Bredar’s negative view of gerrymandering.

Instead, the opposite is true. Here is what he has to say about gerrymandering:

The widespread nature of gerrymandering in modern politics is matched by the almost universal absence of those who will defend its negative effect on our democracy. Indeed, both Democrats and Republicans have decried it when wielded by their opponents but nonetheless continue to gerrymander in their own self interest when given the opportunity. The problem is cancerous, undermining the fundamental tenets of our form of democracy. Indeed, as Judge Bredar has observed in this case, gerrymandering is a “noxious” practice with “no place in a representative democracy.”

His beef with his colleagues was with their caution in awaiting the Supreme Court’s decision:

The Supreme Court has joined the chorus of voices recognizing the potential ills inflicted on our democracy by gerrymandering. Accepting the general proposition that partisan gerrymandering, when sufficiently extreme, violates the Constitution, the Justices have nonetheless yet to agree on a standard for determining when the practice crosses the line. … For this reason, a minority of the Justices have indicated that the issue of whether partisan gerrymandering violates the Equal Protection Clause is not justiciable.

But a categorical rule that would abandon efforts at judicial review surely cannot be accepted lest it lead to unacceptable results.

By supporting the entrenchment of one political party in Wisconsin, the right-wing groups behind the amici briefs fail to understand what makes a democracy work. Judge Niemeyer has demonstrated that this failure is not inherent in conservatism; rather it reflects excessive partisanship, a fixation on power at any cost that can afflict either party.

One reason that political norms have developed that limit actions of the majority is the recognition that in a future election they could end up as the minority. If as some suggest, 2018 turns out to be a “wave” election, Wisconsin Republicans will have lost all moral authority if Democrats attempt their own Act 43.