Brady Street Festival Is Fun For All

As usual, the Brady Street Festival was a hit. Our photos capture the fun. 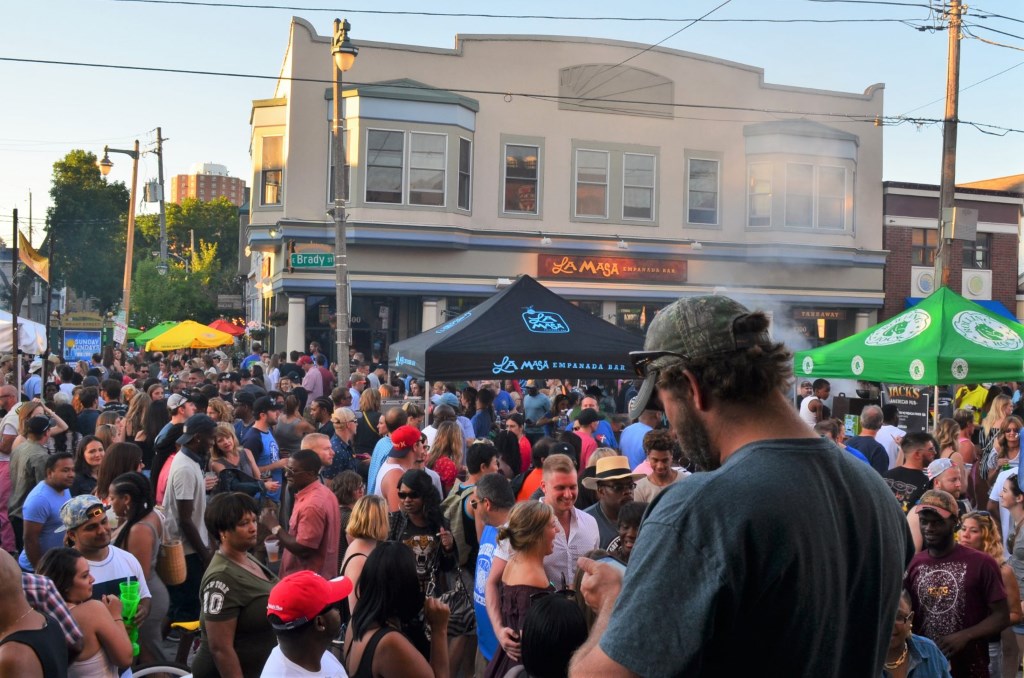 The 2017 edition of the Brady Street Festival began Saturday at 11:00 a.m. and ran till midnight. And when I got there at noon, Brady Street was packed, full of people, vendors, bars and restaurants and musical artists.

There were four stages, The Great Lakes Distillery Stage presented by 88Nine Radio Milwaukee, Center Stage sponsored by Gruber Law Offices, Glorioso’s Entertainment Stage sponsored by the Milk Marketing Board, and The Bud Light Main Stage sponsored by Casablanca. Some of the entertainers included No No Yeah Okay, Siren, Negative Positive, Neocavemen, The Mike Maher Band, and Coyote.

Vendors showcased arts and crafts, paintings, jewelry, novelties, and other knick-knack’s. I bought a candle from Paul’s Place Shamanic Services. It’s an independent herbalist, specializing in organic herbs and offers crystals, minerals and fossils for collecting and energy healing; they also sell smudge sticks and incense.

Paul says “I’ve been attending Brady Street Festival for 20 years but this is my first year as a vendor.” He continues, “This is a great event and I’m honored to be here.”

Most of the restaurants open at 11:00 a.m., but no one was getting breakfast or brunch anyhow, it was all drinks. Bombers, alcoholic slushies, mixers, shots, wine, margaritas, mojitos and beer, yes, there was a plethora of options for people to chose from.

Jack’s American Pub was one of the many bars that had a stand right on the sidewalk giving people easy access to order drinks. One of the bartenders, Joey Lucey, explained, “The weather has been great, and people are tipping me well.” Though Lucey admits, “It wasn’t until about 3:00 p.m. that people were waiting in a some what long line to order their drinks.”

Another employee from Jack’s, Mike Sears, said, “At this time of day, it’s been way busier than other years. The Brady Street Festival is always one of our busiest weekends of the year.”

There were food options a plenty. Frunky Fresh Spring Rolls was there, along with Wisconsin Fried Cheese curds, Johnsonville Sausage, and other places selling funnel cakes, roasted corn, and Glorioso’s sausage.

Kohl’s provided kids the opportunity for fun and games, face painting and chances to win mini prizes. There was a rock wall near the Kohl’s area giving parents, or anyone else, the opportunity to climb the massive traveling wall. For adults, instead of face painting, they could stop by the Henna stand to get a temporary tattoo.

Brady Street Festival was a hit, as it usually is. There were activities for everyone to enjoy, a variety music on the four stages, a large variety of food from sweets and treats to savory dishes and appetizers, and all the drinks you could ever want.

Our photos capture the fun. 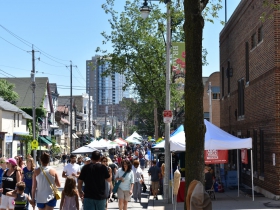 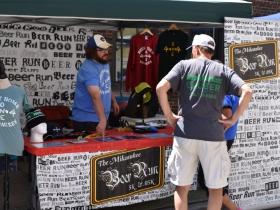 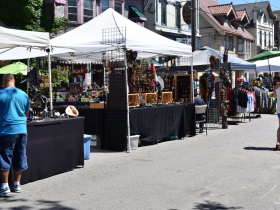 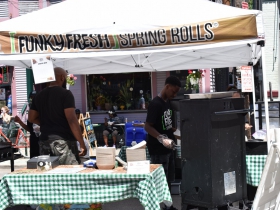 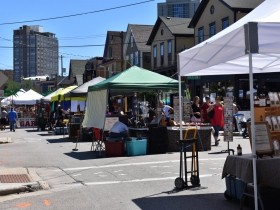 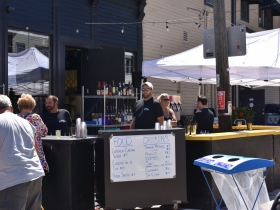