Investing $9 million in Midtown, $16 to $20 million in Harambee neighborhoods.

By Keith Schubert, Milwaukee Neighborhood News Service - Jul 20th, 2017 10:24 am
Get a daily rundown of the top stories on Urban Milwaukee 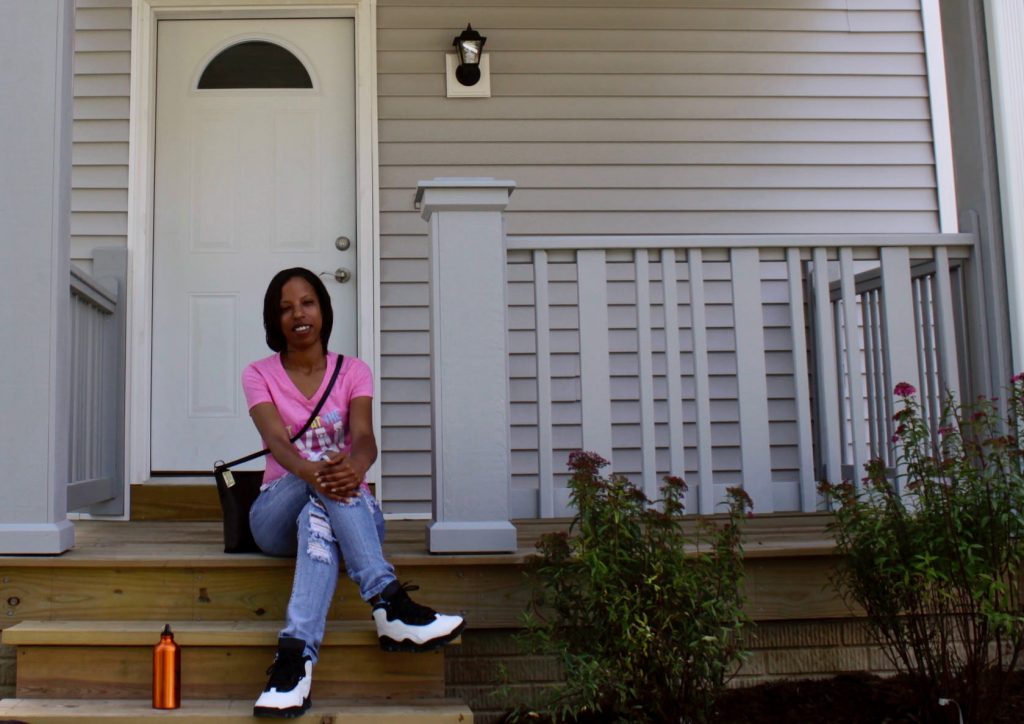 Habitat homeowner Dottie Onsager sits on the porch of her new home. Photo by Keith Schubert.

Dottie Onsager’s life changed on Feb. 7, 2016, when her partner, Antoine Lewis, was killed in an accident near 91st and Bradley.

Onsager had been living with Lewis and their 6-year-old son, Austin, in a three-bedroom townhouse at 95th Street and Brown Deer Road. However, due to loss of income after the accident, she and her son were forced to move.

After relocating twice and finding her rent took nearly 70 percent of her budget, Onsager, whose income makes her ineligible for public assistance, began to research programs that help first-time homeowners buy houses.

She learned about Habitat for Humanity from her parents, who acquired a Habitat house on the 4100 block of Garfield Avenue last November.

“(My parents) were my inspiration. They were the ones who kept pushing me to go for it,” said Onsager.

In July, Milwaukee Habitat for Humanity announced plans to invest $9 million over the next three years in the Midtown neighborhood between North and Lisbon avenues and between 25th and 30th streets. During the three-year period, it will also be developing a plan to expand its work into the Harambee neighborhood. The plan includes a $16 to $20 million investment beginning in 2021, similar to that made in Washington Park. 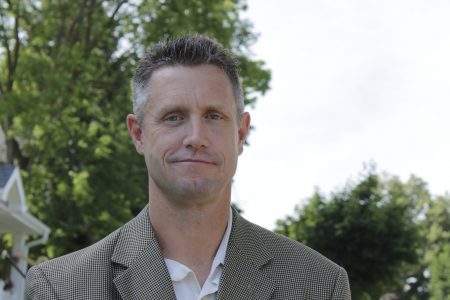 Brian Sonderman, executive director of Milwaukee Habitat for Humanity, stands in the heart of his Washington Park neighborhood. Photo by Keith Schubert.

“Our goal is to build on the successes of what we have done in Washington Park,” said Brian Sonderman, executive director of Milwaukee Habitat for Humanity.

Habitat launched its Neighborhood Revitalization Initiative(NRI) in the Washington Park neighborhood in 2013 to transform it into a safe neighborhood of choice while dramatically improving the quality of life for residents.

Instead of just focusing on repairing houses, the NRI takes a holistic approach to improving the community. “We knew if we wanted to accomplish our goal, we must become innovative. So, we implemented strategies that Habitats across the country historically haven’t done before,” said Sonderman.

One of those innovative strategies was forming a partnership with the Milwaukee Police Department (MPD). “We have looked very strategically at properties with MPD and asked them where our work would best complement what they are doing,” explained Sonderman.

Recently, while doing construction on another home, Habitat reported criminal activity at a house on the 2100 block of North 37th Street. The home turned out to be a drug house and was shut down by MPD.

“We worked with the city to buy that house back through tax foreclosure and are currently turning it into a Habitat house,” Sonderman said.

In addition to helping bring down crime 48 percent in Washington Park, the NRI has taken on development projects inspired by neighborhood residents. Through those projects, the initiative has brought murals, gardens, improvements to the Washington Park pool and new playgrounds to the neighborhood.

“By the end of 2017, there will be over 215 Washington Park families inside safe and stable Habitat homes,” said Sonderman.

During its three years in the Midtown neighborhood, Habitat will also be developing relationships and finalizing plans to transition its work into the Harambee neighborhood in 2021, according to Sonderman.

“With more than 50 Habitat homeowners living in Harambee already, we are excited to return to the area to replicate the success we have seen here in Washington Park,” he said. Sonderman added, “When we move to Harambee, one of the things I think we may be challenged with is the work that’s happening downtown. As it begins to move north we may encounter the problem of maintaining affordability for the residents of the neighborhood.”

He pointed to several strategies to combat this. One is performing critical repairs for homeowners already living in Harambee so they can stay in their houses. Another, implemented by Habitat in San Francisco, one of the country’s most expensive cities, is to “put provisions into the homeowners’ mortgages that … provide up to 70 years of affordability,” said Sonderman. He added, “Putting income restrictions on who can receive Habitat homes is another strategy.”

“When we look at prospective homeowners, we identify the families with the greatest need, whether it be financial or safety and security.”

Sonderman noted that Habitat generally works with people who earn 25-60 percent of the average county income.

To own a Habitat house, owners must put in 300-500 hours of manual labor building their own and other Habitat houses.

“When you’ve invested that many hours of sweat equity, you’ve made a commitment, which leads to the homeowners staying in their homes long term,” Sonderman said.

Since Habitat started its work 33 years ago, 80 percent of the homeowners it has helped are still living in their homes, according to Sonderman.

Habitat homeowners pay between $475 and $650 a month for property tax, homeowner’s insurance and mortgages. Even paying the maximum of $650, Onsager would still be paying $65 less than she pays now for her two-bedroom apartment.

After attending a Habitat orientation meeting in January, Onsager met a Habitat credit expert to see if she would be eligible for home ownership. With only a small medical collection on her credit report, she was told that she could become a Habitat homeowner in six to eight months.

“My eyes lit up like a little kid on Christmas,” said Onsager. “I just couldn’t believe it.”

Since then, she has acquired a two-bedroom house on North 38th Street and installed the roof on her garage as part of her sweat equity hours

“It’s not like I’m just out there hammering; I’m working for something bigger,” she said.

“It’s nice when you turn the corner, and you know your neighbors because you helped build each other’s home. It feels like one big family,” she added.

Onsager finds herself on the verge of tears most nights but fights them back because she knows she has to be strong for her son.

“I gave up on life (after Lewis’s death); he was such a big part of my life and who I was,” said Onsager. They were high school sweethearts, who started dating when she was 17 and had been together for 17 years.

“I know whatever I do, I have to be the best of a mother and a father … no one else is going to punch the clock or put in the sweat equity hours for me,” Onsager said.

She added, “For my son to be able to come home to the same house every day is the most important thing for me. If you’re constantly moving, it’s hard for a kid to get stability. With this house, I know I’ll be able to give him a stable home to live in.”