Which of coming concerts are the best bets? We pick the top 10. 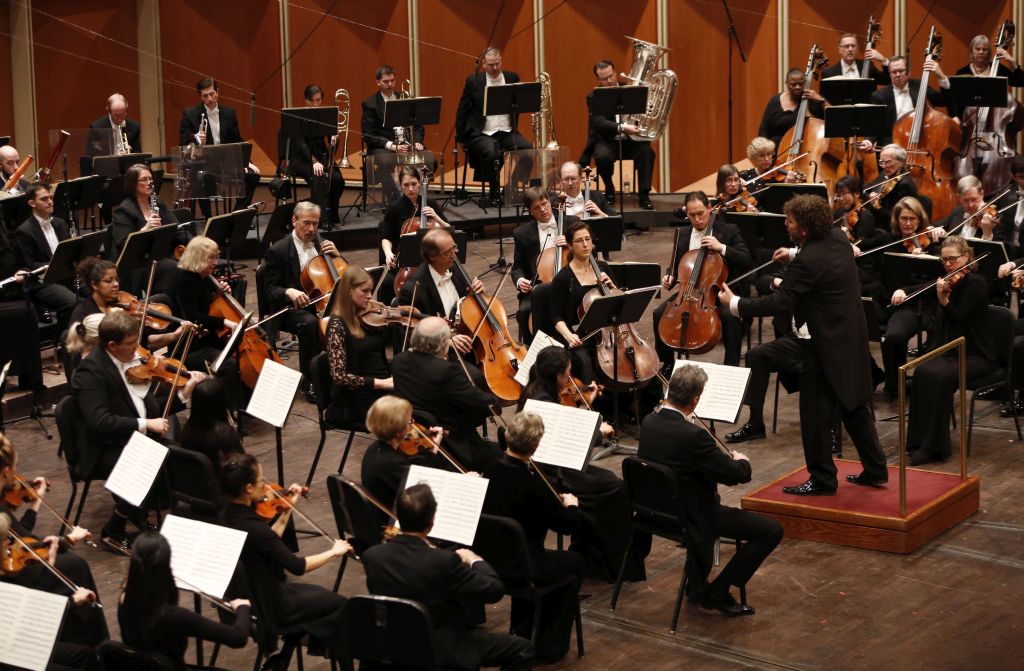 The Milwaukee Symphony’s upcoming season offers some fascinating programs and a raft of great guest musicians. But it also has a powerful theme, a celebration of the music of Leonard Bernstein, the composer and conductor who was born on August 25, 1918. There’s no better composer to adjust our ears to the full range of twentieth century music than Bernstein. His symphonic compositions pay homage to Beethoven, show influences of the Viennese School, and yet remain wholly American in their egalitarian expression.

In programming the MSO season, Bernstein became the lens through which to consider the repertoire, says Executive Director Mark Niehaus. “We wanted to honor to the totality of Bernstein as a composer, conductor, artist, humanitarian, and environmentalist,” he said in a recent interview. “Bernstein was a champion of American music. He also effectively introduced Mahler to America. His favorite Mahler symphony was not actually a symphony, but Das Lied von der Erde.” Throughout the season, audiences should sense the subtle connections to Bernstein’s enormous influence on American music and the concert-going experience. In a season filled with many musical connections these stand out as the Top 10 concerts: 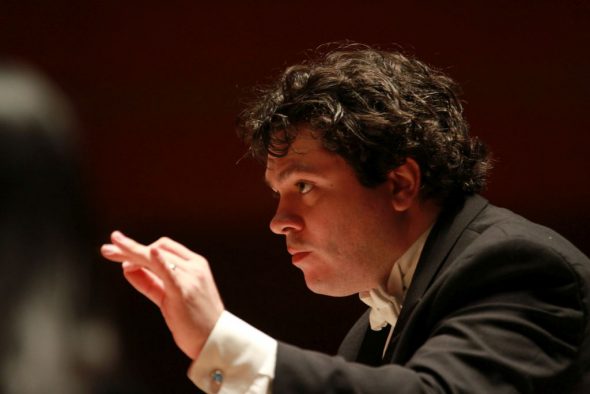 The Milwaukee Symphony’s opening weekend should be placed first on every autumn schedule.  The program for conductor Cristian Măcelaru establishes three themes for the 2017-2018 season. It opens with Leonard Bernstein’s glittering overture to the operetta Candide (1956), said to be the conductor and composer’s signature tune. Together with lyrical Moby-Dick Suite (2017) by Jake Heggie, these are the first in a series of American pieces threaded through the season, and the Moby-Dick Suite represents an environmental musical focus that will be echoed in other concerts. Conductor-in-Residence of the Philadelphia Orchestra and Music Director of the Cabrillo Festival in Santa Cruz, Măcelaru arranged the Moby-Dick Suite from Heggie’s two-act opera. The Milwaukee performance will be its major symphony orchestra premiere following its introduction at the Cabrillo Festival in August 2017. Finally, the concert includes Beethoven’s Seventh Symphony (1812), which happens to be the last recorded piece that Leonard Bernstein made with the Boston Symphony Orchestra.

When James Reese Europe’s New York 369th Infantry Harlem Hellfighters Band marched into war-torn France in 1918, it ignited a fever over ragtime music and ushered in the Jazz Age. One of the composers who took note was Darius Milhaud. In 1922, Milhaud traveled to New York City’s Harlem to learn more about jazz. His Creation du Monde (1923) was the first jazz score for symphony orchestra. Another New Yorker inspired by jazz, George Gershwin blended ragtime and blues into his Piano Concerto in F (1925). Jeffrey Kahane will perform as pianist, conducting the orchestra from the piano for both works. The final work on the program has surprising New York origins as well. Sergei Rachmaninoff’s three-movement suite, Symphonic Dances (1940) was composed on Long Island.

Winner of the 2016 Sir Georg Solti Conducting Award, Karina Canellakis  has been commended for the emotional intensity she brings to the music. Canellakis originally trained as a violinist. This concert pairs her with violin soloist Jennifer Koh. Expect a vibrant interpretation of Polish composer Karol Szymanowski’s Violin Concerto No. 2 (1933). Nico Muhly’s Mixed Messages (2015), an eleven-minute piece for four percussionists opens the concert. Perhaps an unfamiliar name to symphony audiences, the American composer has collaborated with independent songwriter Sufjian Stevens, and has composed film scores for The Reader and Kill Your Darlings. The concert concludes with the grand Symphony No. 5 (1888) by Tchaikovsky. 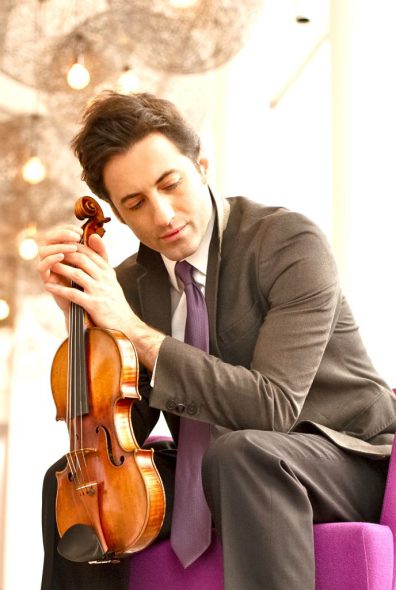 De Waart and Philippe Quint return to Milwaukee for a performance of Bernstein’s Serenade after Plato’s Symposium (1954). This five-movement piece depicts the erudite conversation at a Greek banquet, where philosophers and playwrights gather to debate the nature of love. Quint is always a crowd pleaser, bringing his own energetic and sensitive interpretations of classical favorites to the audience, as well as the 1708 “Ruby” Antonio Stradivari violin. Familiar faces from the orchestra will step to the fore in Aaron Copland’s Quiet City (1941). Written as incidental music for a play by Irwin Shaw, the piece represents the nighttime reveries of a young trumpet player. MSO principals Matt Ernst, trumpet, and Margaret Butler, English horn, perform with the MSO strings. The concert concludes with Harmonielehre (The Study of Harmony) by John Adams (1985), which took on a surprising second life in Sid Meier’s computer game Civilization IV (2005).

Throughout the nineteenth century, American authors and painters worked to forge an American literature that would express the spirit of the new nation. That question migrated to classical music in the twentieth century, and this concert brings us the fruits of that labor. Bernstein’s Divertimento for Orchestra was commissioned by the Boston Symphony Orchestra to celebrate its 100th anniversary in 1980. The piece is based on two notes: B for Boston and C for centennial. The African American composer Julia Perry’s Study for Orchestra premiered in Turin, Italy in 1952. Its neoclassical structure and tonality is blended with elements of African American spirituals. And Samuel Barber’s Knoxville Summer of 1915 (1948) is an unabashedly nostalgic idyll about a young boy’s memories of his last happy summer in Tennessee before personal tragedy and war divided his family and the country. Susanna Phillips solos as the voice of the young boy. The program concludes with Aaron Copland’s quintessentially American Symphony No. 3 (1946). Teddy Abrams, music director for the Louisville Orchestra, makes his Milwaukee Symphony debut with this concert.

You may think you don’t know Hungarian composer György Ligeti, but if you’ve ever watched the film 2001: A Space Odyssey, you’ve heard his music in several scenes. Or perhaps you’ve seen Shutter Island or The Shining? Both films use Ligeti’s music. The Concerto for Violin and Orchestra (1990-1993) makes use of his compositional technique of micropolyphony, layering tonalities for a rich pallet of sound. There’s a bit of humor in the piece: the orchestra’s woodwind section will be playing ocarinas and recorders. Augustin Hadelich is the soloist. Richard Strauss’s late nineteenth century tone poem Don Juan (1889) is based on a poem by Nikolaus Lenau, which, much like Plato’s Symposium, considers the nature of idealized love. The program concludes with Beethoven’s Symphony No. 2 (1802). English conductor Ben Gernon returns to Milwaukee for this performance. 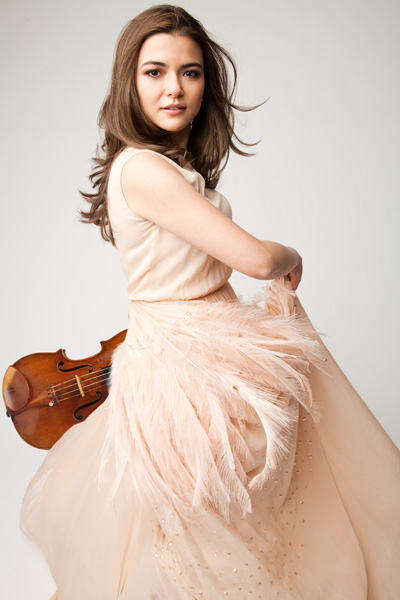 Boston native Joshua Weilerstein makes a repeat appearance with the orchestra to conduct this series of nightmare visions. Weilerstein is Artistic Director of the Orchestre de Chambre de Lausanne, Switzerland. The concert opens with the sinister Bump by Christopher Rouse (1985), part waltz and part disco. Although Romantic in sensibility, the Concerto in D for Violin (1923) of “enfant terrible” Sergei Prokofiev features a “diabolic” scherzo for the second movement. Karen Gomyo performs on the 1703 “Ex Foulis” Stradivarius. The concert concludes with the macabre and hallucinatory favorite by Hector Berlioz, Symphonie Fantastique (1830).

The MSO opens Earth Month commemorations with the monumental choral work Become Ocean, by the American composer and environmental activist John Luther Adams. This concert is part of the Cathedral Series presented at St Josephat’s Basilica. Become Ocean won the 2014 Pulitzer Prize for Music. Luther Adams has said that he was inspired by the Pacific Ocean, and wanted to create “the presence of something so much bigger, more powerful, bigger and deeper and older than I am.” Drawing attention to the composition’s slowly building waves of sound and three major crescendos, Alex Ross wrote, “Like the sea at dawn, it presents a gorgeous surface, yet its heaving motion conveys overwhelming force.”

Taking nature as its theme for this Earth Day celebration, the concert opens with Three American Pieces (1944) by Lukas Foss, the MSO’s former music director. These short works invoke the openness of the American landscape with sounds that echo Copland. The Four Sea Interludes (1945) by Benjamin Britten were taken from his opera Peter Grimes, the tale of a psychologically tormented sea captain. The concert concludes with Gustav Mahler’s symphony Das Lied von der Erde, or The Song of the Earth (1911). Mahler did not live to hear a performance of his work. Bruno Walter premiered the symphony in Munich six months after the composer’s death. Despite opening with a drinking song based on an 8th century Chinese poem, the large work for soloists and orchestra meditates on the fleetingness of life and the sorrow of death. This is a rare opportunity to hear The Song of the Earth. Asher Fisch returns to Milwaukee to conduct this titanic performance 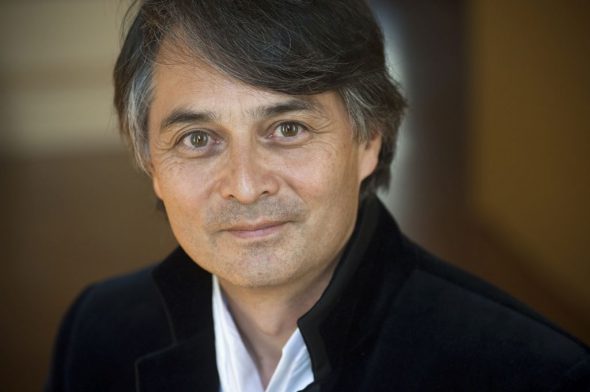 Leonard Bernstein and Beethoven’s Ninth Symphony are inextricably linked. As the Berlin Wall was demolished piece by piece in November 1989, free travel between formerly communist East Berlin and democratic West Berlin reunited family and friends. On December 25, 1989, Leonard Bernstein conducted Beethoven’s 9th Symphony (1824) in the neoclassical Concert House, Berlin. Choirs from East and West joined in the celebration. Bernstein famously and controversially changed Friedrich Schiller’s wording of the final “Ode to Joy” to become an “Ode to Freedom.” Beethoven’s 9th Symphony receives a sympathetic pairing with Bernstein’s Chichester Psalms (1965), named after the English cathedral. The final movement sets Psalm 133, which proclaims, “Behold, how good and how pleasant it is for brethren to dwell together in unity!” The concert opens with Fanfare for the Uncommon Woman by American composer Joan Tower, written, appropriately enough, in the years of change when the Berlin Wall was being dismantled, 1987-1993. Jun Märkl conducts.