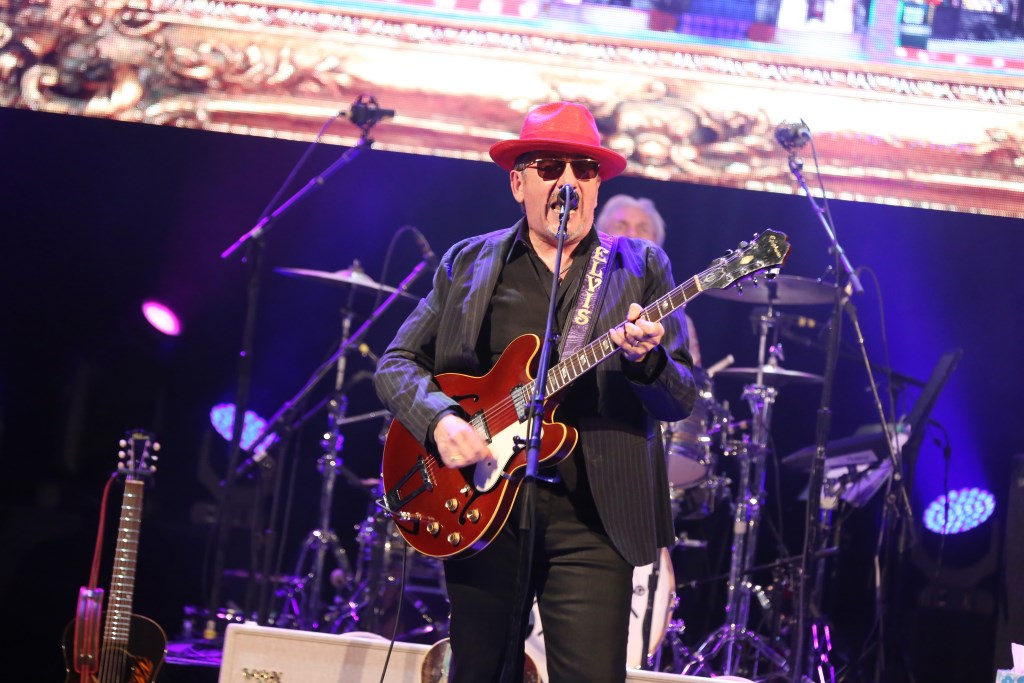 Elvis Costello and the Imposters. Photo by Kelsea McCulloch courtesy of the Pabst Theater Group.

Elvis Costello and the Imposters strode casually onto a dark stage last night, taking their positions. Costello wore a red Fedora along with his traditional Johnny Cash black ensemble and wasted little time getting into the groove.

At the nearly sold out Riverside Theater on Sunday, Costello, a.k.a. Declan Patrick McManus, three bandmates and two backup singers took the stage to thunderous applause and a crowd that took to their feet before the first chord was struck and stayed that way throughout the show.

The current tour is titled “Imperial Bedroom and Other Chambers,” but Elvis and the Impostors didn’t play the album straight through as bands such as U2 and Pearl Jam have done in recent years. It’s not an easy album to perform live. Costello essentially threw together My Aim is True, his first album, which was subsequently inducted to the Grammy Hall of Fame. With this one, he took his time.

Imperial Bedroom is actually a 1982 album by Elvis Costello and the Attractions, his backing band for much of his early career. It was the second Costello album, after Almost Blue, not produced by Nick Lowe. Costello once said that on Imperial Bedroom he wanted to try some things that would have taxed Lowe’s patience.

Costello must have been happy with the results of his efforts last fall as he brought back the tour this year to North America for another round of live dates this summer, continuing through September with a performance in Beaver Creek, Colorado.

He was backed by former Attractions member Steve Nieve on piano and Pete Thomas on drums, with Davey Faragher replacing original bassist Bruce Thomas, who manned the position back in the ’90s. The vocalists Kitten Kuroi and YahZarah rounded out the ensemble.

Costello, now 62, engaged with the audience numerous times, telling them how nice it was to be at the Riverside Theater in Milwaukee. Further discourse included some snippets of his past recordings and seques into songs.

For the album Imperial Bedroom the Picasso-esque cover painting is titled “Snakecharmer & Reclining Octopus.” Costello jokingly told the crowd he assumed he was the snake charmer, but the reclining octopus could have been many of his conquests back in the day.  It was shown on a huge screen behind the band, enclosed in an ornate picture frame. Hollywood searchlights flanked the band throughout the show.

More renderings of Costello’s many albums appeared on a screen behind the musicians during the night, providing a colorful backdrop, as rich as a John Bramblitt painting.

Elvis told the Charlotte Observer that Imperial Bedroom was highly arranged, to the point where half of it was unplayable live. He says they learned to master it live but it took time. Costello said the band doesn’t need to turn every tune into a garage band song.

“I couldn’t have done this record in 1977,” Costello said. “I went into the process of recording – this [tour] isn’t a recap of the album in its entirety, either. The “Other Chambers” are songs from the same era that share some themes.

A lot of the songs weren’t entirely upbeat, specifically at the beginning of the show, possessing what Costello described as a thick mood.

But the nearly two-and-a-half hour show also included versions of Elvis hits like “Pump It Up”, “(What’s So Funny ‘Bout) Peace, Love & Understanding” and “Alison.”

Midway into the show the band delivered “Watching the Detectives,” which featured a montage of classic detective and film noir posters on the screen, proving very effective at capturing the essence of his 1977 hit. During the song, Costello was cast in a dim green light, presumably so he could see his guitar strings on an essentially dark stage.

Even when he took off the fedora, Costello proved he can still deliver the goods. 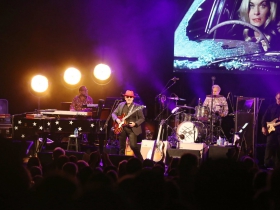 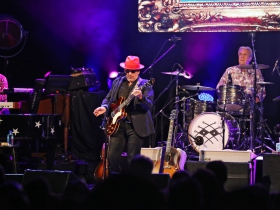 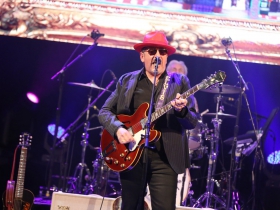 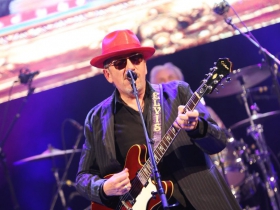 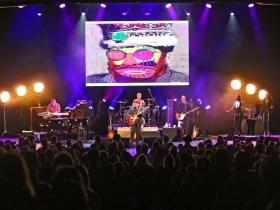 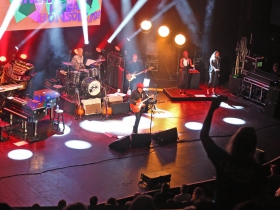 2 thoughts on “Music: Elvis Costello Can Still Rock a Crowd”