Polls show they’re willing to be taxed more to spend more on these priorities.

By Tamarine Cornelius, Wisconsin Budget Project - Jun 30th, 2017 12:26 pm
Get a daily rundown of the top stories on Urban Milwaukee 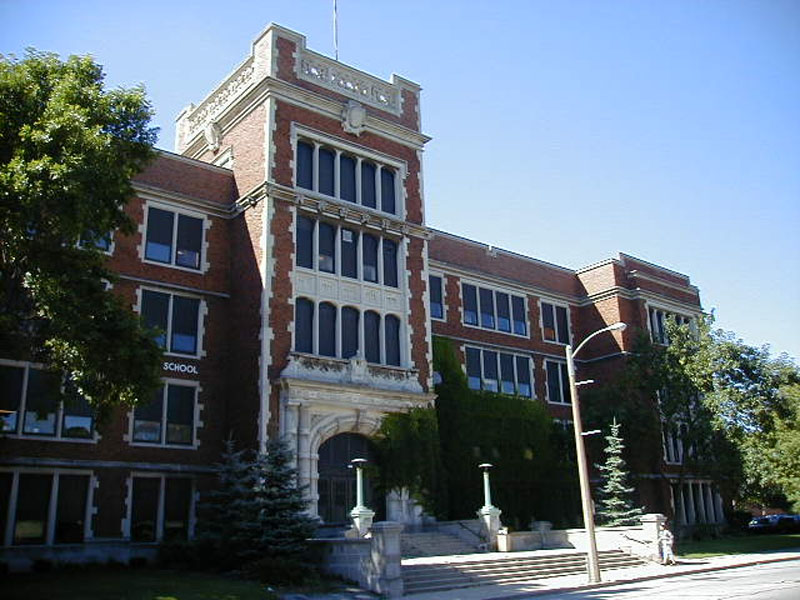 Wisconsin voters want the state to make additional investments in K-12 education and health coverage and are willing to pay more in taxes to pay for it, according to a new poll conducted by Marquette University.

Most voters said they’d be willing to pay more in taxes to increase state spending on their highest priority. More than 6 out of ten respondents (61%) indicated a willingness to pay more for programs and services that were the most important to them. 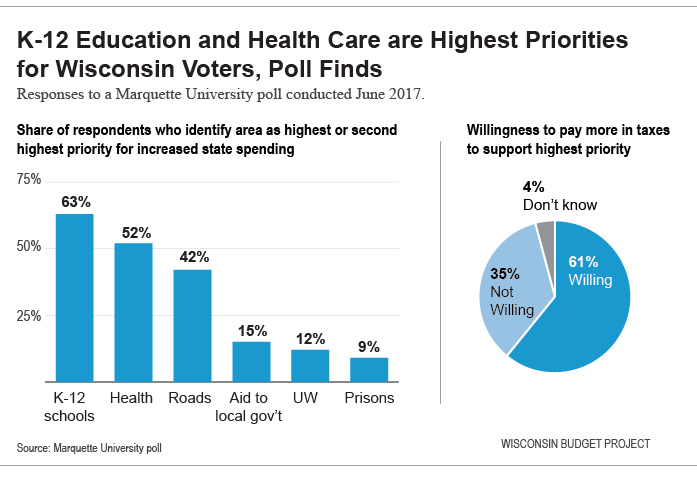 The areas in which voters want the state to invest more correspond directly to the areas that have sparked the most disagreement in Wisconsin’s budget negotiations. State budget deliberations are stalled for the time being, with Republican lawmakers having trouble reaching agreement among themselves about how much resources to devote to two of voters’ three highest priorities: K-12 schools and roads. (Read more: Out of Sync: Wisconsin Lawmakers Still in Search of Agreement on Major Components of State Budget.) And while state lawmakers have already settled what Wisconsin’s health care budget should look like for the next two years, there is clearly a significant difference among federal policymakers about whether a bill that would increase the number of people without health insurance by more than 20 million would promote the health of Americans.

The poll also included a number of questions about the Affordable Care Act (“Obamacare”) and the legislation to repeal and replace it.  Sixty percent of the people polled said they would either keep the law as is or keep and improve it, compared to just 34% who said they favor either repealing and replacing the law, or simply repealing it.

The poll shows that Wisconsin voters understand the importance of making public investments. Legislators should listen to them.