If not the best American band, they're surely the most fun. 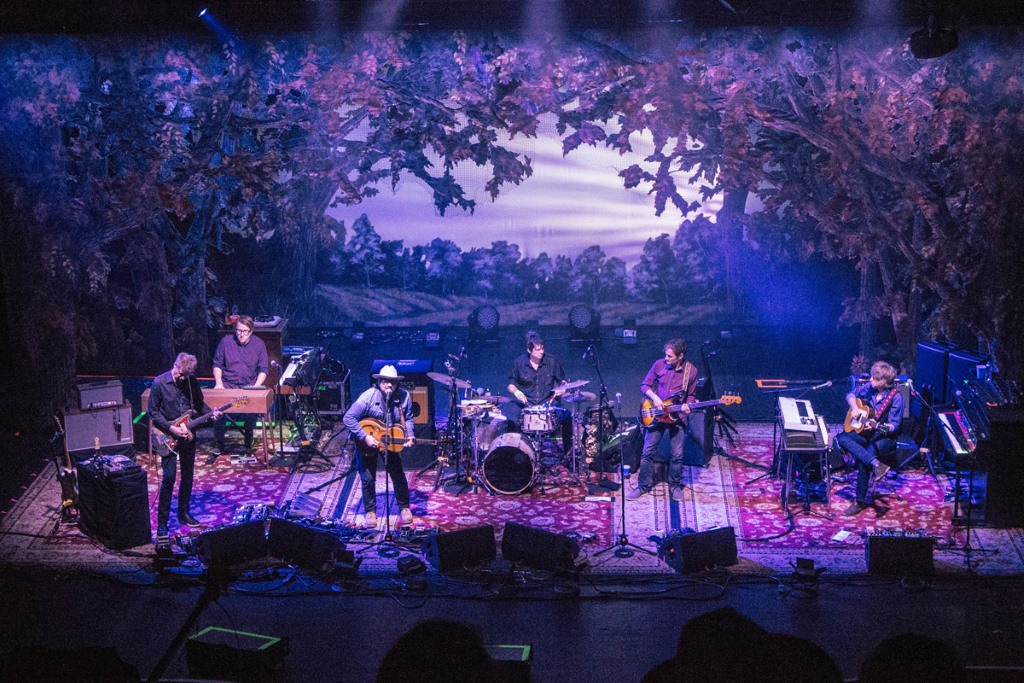 Wilco will love you, baby.

When a band takes on challenges, pushes the envelope on every album and every tour while consistently creating wonderfully entertaining music, you know they’ve got something going on. Wilco makes it all look easy, but more importantly, they look like they’re having fun — with each other and with the audience. The band would probably be as happy playing in front of two people as they were playing to usual full house at the Riverside Sunday night.

While I was never into the Grateful Dead scene, I think Wilco has inherited a similarly ravenous and loyal fan base with people going to their concerts on every tour. Can you say that about your favorite band?

Opening the show, Wilco began performing “Via Chicago” from Summerteeth. The song begins like a slow moving train, country twang-ish song, with Wilco leader Jeff Tweedy in a softer and nurturing voice. In a moment, the rest of the band becomes violent, screeching. Peerless guitarist Nels Cline tore off into screaming and tangential guitar riffs. Skilled drummer Glenn Kotche ignited his drum kit like a controlled demolition. The music became jarring, clashing and apoplectic, yet all the while, Tweedy didn’t budge from the lyrical country heart of this song. That’s Wilco.

The band appears without fanfare, taking positions onstage as familiar as walking to the refrigerator for a beer. Wilco is a tight-knit group, like they are friends offstage. None of the infighting of a rock and roll band. Then again, Wilco isn’t your typical rock band. They mix a range of genres into a smart, eclectic, tuneful yet sophisticated stew of music centered by the soulful vocals and songwriting of Tweedy.

Rolling Stone Magazine recently wrote of Wilco, they have a “Midwestern-ness that’s always defined the Chicago-based crew: their skepticism of fame, trend-mongering and empty rebellion; their Everyman work ethic and hometown pride – what some might describe as their “normalcy.”

Sunday was on Fathers Day, and that wasn’t lost on Tweedy. “Happy Fathers Day to all you fathers,” he said. “And especially to all you single mothers out there who do both jobs. Fathers don’t do anything after the initial deed,” he joked. In his solo performance a couple years back in Milwaukee, Tweedy did a loving call-out to his wife, who was going through a cancer scare and was there that night in the audience, and it was quite moving.

It’s clear Wilco likes Milwaukee with Tweedy saying ‘hello neighbors,’ to the voracious crowd, and the crowd loving it.

The set featured a lot of older stuff, unlike their last stop in Milwaukee in 2014. In quick succession they belted out “I Am Trying to Break Your Heart,” a nice segue into the much more modern and even electronic “Art of Almost,” followed by one of their best known titles, “Misunderstood.” That’s a trifecta equivalent to Murderer’s Row on the old Yankees ball club. Later came the crowd pleasing “Heavy Metal Drummer.” After that song, Kotche stood on his drum kit aglow in white light, while bandmates adoringly looked on. Having fun up there are you?

Wilco is knee-deep in their “Schmilco World Tour,” touring off last fall’s Schmilco album which braved the elements in a heavy storm in Eau Claire on Saturday night. After a few more shows, the band heads to Spain and will undoubtedly charm that country’s rock fans with their unassuming Midwestern charm. 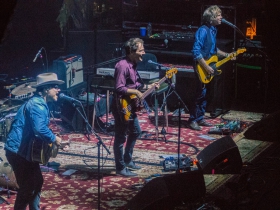 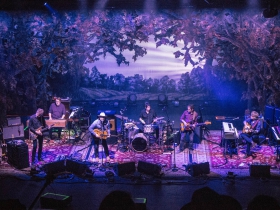 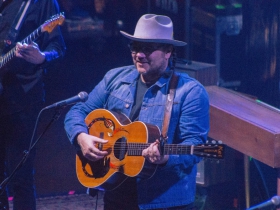