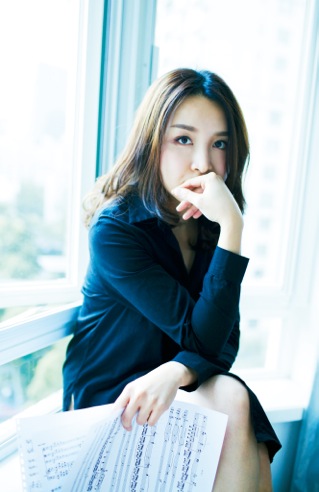 The Milwaukee summer season begins in earnest this week with festivals of visual and performing arts, food, and drink. At the forefront of cultural offerings is a recital by pianist Jie Chen titled “Classics From the East and West” at the Wisconsin Conservatory of Music, Friday, June 16 at 7:30 p.m. Chen is returning to Milwaukee as a judge for the 2017 Wisconsin Youth Piano Competition. In 2003, Chen won first place in the PianoArts National Competition based in Milwaukee. During her 2017 Milwaukee residency, Chen will serve as the jury head for the competition and give master classes for Wisconsin youth aged 10 to 16.

Chen first visited Milwaukee when she was 17 and a student at the Curtis Institute of Music. She has since gone on to an international career as a performer, recording artist, and judge. Sue Medford, Artistic Director of PianoArts, emphasizes that the judges for the Wisconsin Youth Piano Competition are also mentors to the young artists. “We are very proud of Jie,” Medford notes, “She is an inspiration, a great artist and an advocate for classical music throughout the world.”

Chen has divided Friday’s program into two sections. “East” introduces several transcriptions of Chinese folk tunes for solo piano. With the establishment of the First Republic of China in 1911, composers drew on Russian Romanticism, French Impressionism, and American jazz to express Chinese themes in new musical idioms. The compositions are largely based on the pentatonic scale, and each is accompanied by programmatic content that sets the mood, favoring mythology and traditional tales as subjects.

Chen has programmed a piece by one of these young and idealistic composers, Autumn Moon Over the Calm Lake by Lü Wencheng. Composed as an ensemble piece in the 1930s, Autumn Moon reveals elements of Eric Satie’s Gymnopedies. A rippling D flat scale in the treble clef depicts the reflection of the rising moon over the West Lake in Hangzhou, a site of islands and temples long celebrated by poets and painters. “Music at Sunset” is in a similar vein, what one commentator called a “picture-postcard” of Chinese landscape.

Chen will also perform her transcription of the violin concerto The Butterfly Lovers. The piece is based on a traditional story as familiar to the Chinese as the tale of Romeo and Juliet. A young woman, Zhu Yingtai, falls in love with a poor student named Liang Shanbo. Yingtai is bound to marry a wealthy merchant. Recognizing the impossibility of their situation, Shanbo dies of a broken heart. On her wedding day, Yingtai throws herself into Shanbo’s tomb. Not long after, the shocked wedding guests witness two butterflies ascending from the grave.

The Butterfly Lovers was popularized in Hong Kong and Taiwan in the early 1960s by a Mandarin language film titled The Love Eterne, the West Side Story of its time and place. Consequently, operas and ballets were composed on the theme of the two star-crossed lovers, including the present composition by Gang Chen and He Zhanhao, which Chen has transcribed for piano solo.

“Jie has put together a brilliant program,” said Medford. “She became famous through performing the great masters of the Western world. This concert bridges the world through music. Jie not only performs the work of her own culture, but has transcribed those works for a western instrument. It’s one step beyond what we normally hear.”

The major work of the West is Franz Schubert’s Piano Sonata in G major (“Fantasy”), D894. This monumental four-movement sonata is known for its extraordinarily tranquil first movement, a perfect complement to the Chinese works on the program. The pianist Alfred Brendel commented that the sonata “demands a poet of the keyboard,” noting that the pianist must feel the structure of the piece, while also heeding the “dramatic contrasts” of the voicing. The Sonata in G was the last of Schubert’s piano sonatas published in his lifetime, and was initially published as a grouping of four pieces titled “Fantasie, Andante, Menuetto, and Allegretto.” The lyrical qualities introduced in the initial movements find their counterparts in the folk melodies of the final movement.

“This will be a perfect concert of serene and beautiful music,” notes Medford. The first two movements of the Schubert sonata blend seamlessly in tone and mood with the Chinese classics. In addition, prior to the recital, Joel Xue, director of the youth orchestra at the Milwaukee Chinese Community Center, will offer a short demonstration of traditional Chinese instruments and music.

“Classics From the East and West” will be performed Friday, June 16 at 7:30 p.m. at the Wisconsin Conservatory of Music, 1584 N. Prospect Ave., Milwaukee. Xue’s demonstration is at 6:00 p.m.; a pre-concert conversation follows at 6:30 p.m. Tickets for the concert can be purchased online and at the door prior to the concert: adults $25, students $15. Seating is limited. More information is available at www.PianoArts.org.