Why Is CEO Pay Still Soaring?

Up 8.5% last year, hitting obscene levels in state and nation. Why? 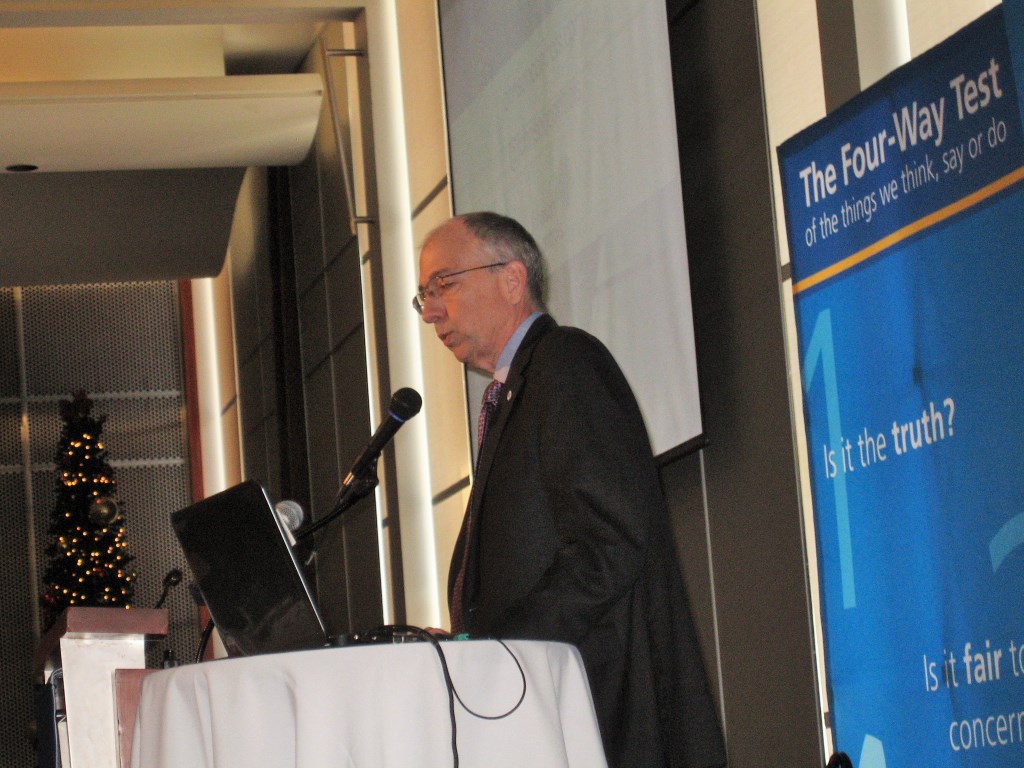 The media did their annual analysis of corporate executive pay in America last week and the news was good — for CEOs. For the rest of us the latest rise in executive pay was evidence that the wealth gap in the U.S. — the largest its been since the federal income tax was created in 1913 — is getting still bigger.

Topped by Thomas Rutledge of Charter Communications, who took home an astounding $98 million last year, the average CEO at the biggest 346 American companies “got an 8.5 percent raise last year, raking in $11.5 million in salary, stock and other compensation,” according to a study by executive data firm Equilar for the Associated Press.

Over the last five years, the story found, median CEO pay in the survey has jumped by 19.6 percent, “nearly double the 10.9 percent rise in the typical weekly paycheck for full-time employees across the country.”

The annual study by the AFL-CIO’s Executive Paywatch found the average compensation for CEOs running the S&P 500 companies was $13.1 million in 2016, or 347 times higher than the average American’s salary of $37,632.

“Some 50 years ago,” the New York Times reported, “the typical chief executive made just 20 times what an employee did.”

In Wisconsin top CEOs are doing very well indeed. Looking at the biggest companies in the metro area, retiring Johnson Controls CEO Alex Molinaroli was the big winner, bringing home an astounding $46.4 million. Here’s the list of local CEO pay and how many times larger it was than average employee pay:

How is that executive pay has risen so incredibly while average worker pay has barely budged over the last five decades? Defenders of CEO compensation — and they are hard to find — argue this stratospheric increase in compensation is the market at work.

But if there was a marketplace for CEOs the best ones would get the biggest raises. In fact, the highest paid CEOs are typically the worst performers, research has shown. The reality is that CEOs work within a closed circle of insiders who call the shots on their own pay.

For starters they sit on each other’s boards, which may lead to mutual “backscratching,” as one study of the top 1000 companies in the nation found. The study also found power on corporate boards has “a startling amount of overlap,” with more than 1,000 corporate board members sitting on four or more corporate boards, and 235 sitting on more than six.

And the corporate board members who oversee chief executive pay are paid a generous fee by that company, which has lately been rising even faster than CEO pay. Board members of the top 500 corporations were paid an average of $255,000 in 2014, which had increased 50 percent since 2006.

And that $255,000 was just the average pay for board members who “report that they generally work fewer than five hours per week, as a Boston Globe investigation noted. “Michael Heffernan earned $1 million from Ocata Therapeutics Inc. in Marlborough last year… William D. Young received $1.7 million in compensation from Vertex Pharmaceuticals Inc. of Boston. And Phillip A. Sharp hauled in $1.9 million from Cambridge-based Alnylam Pharmaceuticals Inc.,” the story noted.

“Some say the director pay at some companies has become so lucrative that it could discourage directors from questioning excessive perks for chief executives for fear of upsetting the rest of the board and losing their coveted positions,” the report noted.

Meanwhile those well-paid board members typically use “competitive benchmarking,” another study found, where “compensation levels are generally targeted to either the 50th, 75th, or 90th percentile” of a CEO’s peers. If everyone gets compensation at the 50th percentile or above, average compensation will ratchet up dramatically. The practice “inevitably leads to an upward movement of executive compensation,” the study found.

One effort to broaden the closed circle governing CEO pay was the say-on-pay rule required under the Dodd-Frank Act — whereby shareholders could give thumbs up or down to executives’ earnings. Under an SEC rule which went into effect in 2011 this vote must occur at least once every three years.

The idea was to more closely align the interests of stockholders and the companies they invest in, and there is some evidence the law had an impact on CEO pay. But not in most cases. As one study found, “only a tiny percentage of corporations and their CEOs have been on the losing end of say-on-pay votes.

In short, shareholders are not surprisingly out to get the best return on their stocks. Yet even this modest restraint on CEO pay may be watered down: Proposed legislation in Washington would change from requiring say on pay every three years to trigger it only when executives’ compensation packages have changed “materially” from the previous year.

Meanwhile, say on pay does nothing about the wealth gap, because most Americans don’t own stock. The wealthiest 20 percent of Americans owned 92 percent of all investments in stocks in 2013. And a key way American CEOs have increased company profits and shareholder return is by outsourcing American jobs to other countries, fighting unions and driving down wages of workers. The policies that make more money for executives and shareholders alike are helping to drive the wealth gap in America and leave average workers falling ever further behind. Which is why you can expect CEO pay to soar ever higher in the years to come.

49 thoughts on “Murphy’s Law: Why Is CEO Pay Still Soaring?”