How a Bay View Gallery Arose

The Usable Space gallery is so successful it may expand. 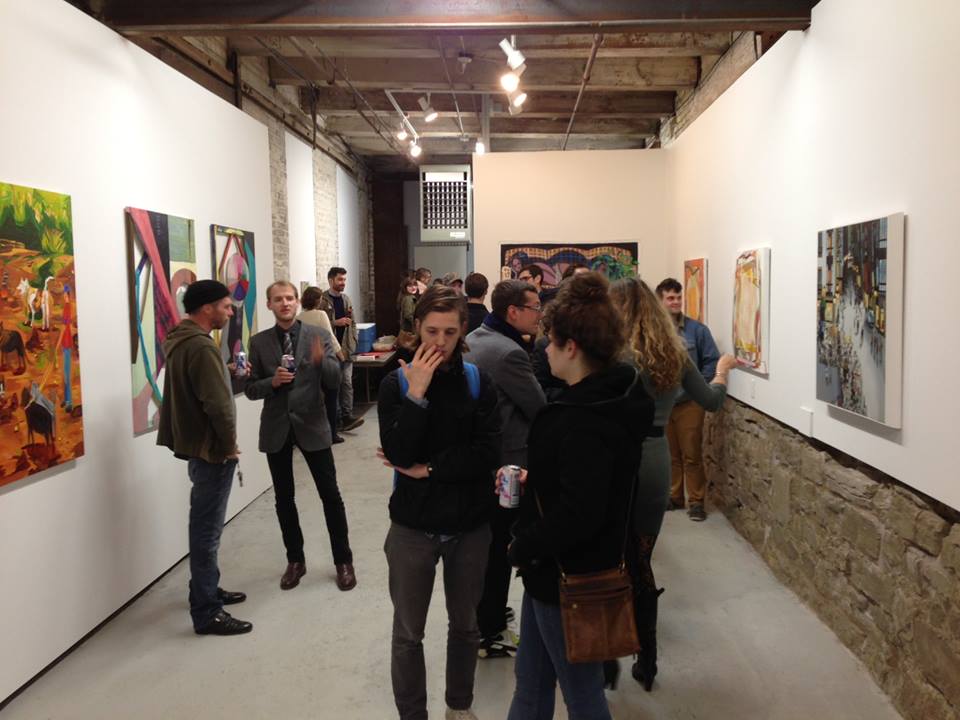 It was three years ago that artist Keith Nelson created a new artist-run gallery in Bay View. Nelson had found a space for his studio at 1950 S. Hilbert St., just northeast of Beecher and Kinnickinnic, and because he saw it as a usable space for a gallery, he called it just that.

A year or two after the gallery opened, artist and arts writer Shane McAdams got involved and became co-director of Usable Space. Nelson and McAdams now travel to and from Milwaukee and New York, gathering artists work, popping it in the car and heading back on highway 180. The coordination is “lean and mean,” says McAdams.

The gallery’s location is very distinct, off the beaten path, and artsy in itself. Many artists’ ideas are inspired by places like alleys, abandoned places and under bridges. “In the art world,” McAdams explains, “these are the digs.”

The gallery is tucked away like a secret, small and simple, yet it makes an impact. The inside walls are all white, providing an easy, pure backdrop for the paintings, while the rustic, original pipes clutter the open ceiling. In the back of this one-room gallery is a door leading out to a foliage laden courtyard with green leafy vines climbing the adjacent brick building.

Throughout the spring and summer months, Usable Space hosts between 5 and 6 shows, some with just one artist, others with two, three or more. The first show this year featured two artists both whom graduated from the UW-Milwaukee. 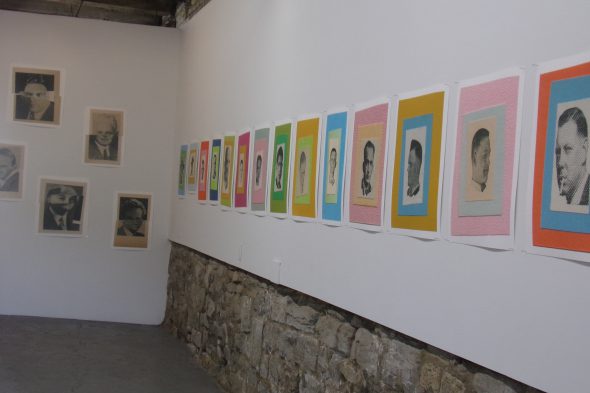 The current show features work from Scott Zieher, a Waukesha-born artist and poet who has owned an acclaimed art gallery in the Chelsea neighborhood of New York for the past 17 years. Zieher’s first volume of poetry, Virga, was the winner of the acclaimed Emergency Press Book Contest Award.

The art show is called  “HOLY DADA, HOLY DAD”, and will run until June 17th at Usable Space. Zieher’s work consists of abstract figurative collages using material from books, magazines, stamps and comics he’s collected over the years, from dumpsters, on the streets or in abandoned buildings. Zieher says his collages are the result of decades of paying close attention to what’s around him.

“I’m a scavenger by nature, and that tendency, and the relative freedom to get my hands dirty without a whole lot of fuss has allowed me to drag home a thousand architecture magazines waiting for the recycling truck at 2 a.m.,” he once explained to Manor House, an international visual and literary arts magazine.

Now that Usable Space is well known in the art community, and because its current location is only operable in the warmer months, Nelson and McAdams are looking to expand by opening a new location that is capable of being open year round.

“We’ve shown plenty of artists from New York and parts beyond Milwaukee, but as we expand we hope to get even more geographically diverse,” says McAdams. Usable Space has also hosted shows of artists from Chicago, Minneapolis and Detroit.

Since moving here from New York, McAdams praises Milwaukee for its people, the comfortability, the great social network, and its amazing artists. He says the gallery has been “Milwaukee-centric only because it’s our social nerve center.”

The final show this year will be the Busker Show. It will feature 20-25 artists as well as 5 musicians playing at the entrance and in the courtyard. Visitors are required to purchase either a roll of pennies, nickels, dimes, quarters, or half-dollars. Inside, they can put their roll into a violin case or hat that is next to an artist’s work.

This is a one-day only show, on September 8th, allowing artists to offer their take on the challenging financial situation of most artists. The Busker show aims to help artists to continue their path in the arts while encouraging people to look past the price tag, and instead, truly see a work of art for what it is.