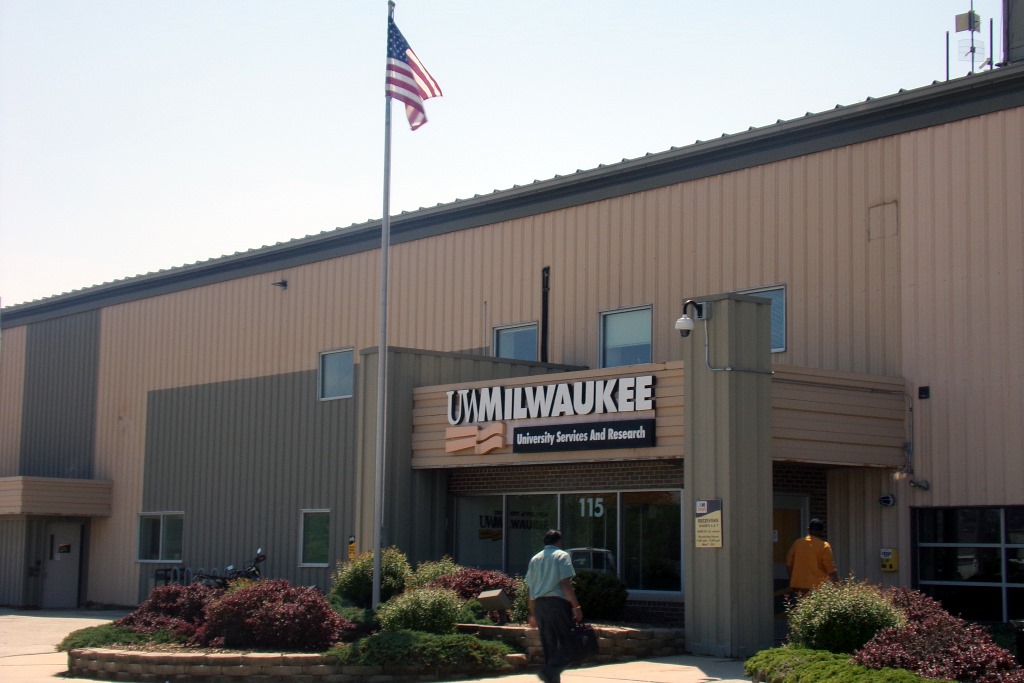 UW-Milwaukee has joined a federally funded partnership of universities and companies working to make the U.S. electrical grid more reliable, greener and less expensive, the university recently announced. One of UWM’s partners in the effort is Eaton, the power management company (with a branch office in Franksville, WI) that specializes in electrical systems. 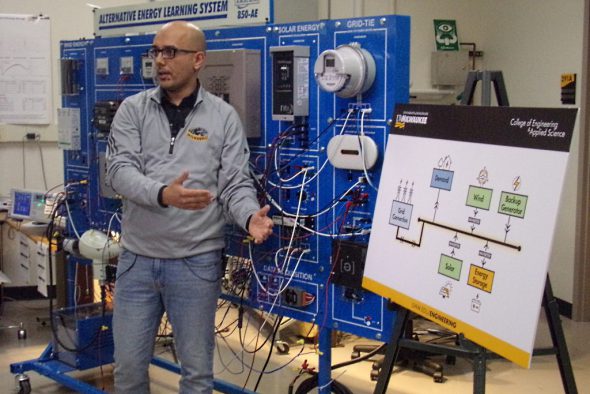 As the mission statement for GRAPES notes, “The electric power industry is ultra-critical to the economy and security of the United States. Without electric power, everything stops – literally everything – with severe economic consequences. The demand for electrical energy is increasing and political and environmental pressures are forcing adoption of new distributed generation resources, such as wind, solar, and tidal, that do not fit well into the traditional architecture of the electric power grid.“

Adel Nasiri, associate dean for research and UWM professor of electrical engineering, is a key leader in the new partnership. “I joined UWM 12 years ago,” Nasiri notes,  and since then, three of his main focuses have been renewable energy, micro-grids, and energy restoring systems.

Interest in microgrids has grown since Superstorm Sandy blasted the Northeast in 2012 and left millions of utility customers without power. This focused attention on power outages caused by failures in the electrical distribution system — the poles and wires that bring power to homes.

Micro-grids are an answer to that problem as they are more flexible: they can either be independent from the national grid for smaller areas, or can connect to the main grid and contribute additional power. Nasiri has been working for years to advance microgrid technology, partnering with Eaton and five other companies: Kohler, Rockwell Automation, LEM, Odyne and ZBB Energy Corp.

Milwaukee hospitals, schools, factories, and other businesses could soon be able to incorporate these energy efficient micro-grids, providing more reliable and safer power.

There is a “multi-billion dollar market for cleaner, more sustainable energy,” says Brett Peters, dean of UWM’s College of Engineering and Applied Science. These micro-grids are projected to generate $1.6 billion in revenue in the next few years.

Milwaukee is the fifth city to have a university become a part of the GRAPES program; the first two partners were universities in Arkansas and North Carolina, and internationally, universities in South Korea and Germany.

Igor Stamenkovic, Director of Technology at Eaton, says, “No matter how smart the people are in your team, you can’t do it alone.” For this reason, he believes it’s key to have partners like UWM who bring outside awareness and innovative ideas to the field. “These one-on-one relationships,” says Stamenkovic, “provide cleaner, safer energy everywhere.”

Any interested business or organization in Milwaukee could eventually integrate these micro-grids into their current energy source to distribute more reliable and safer energy. Ultimately, this new development could also power our homes, providing more efficient and cost effective energy.

Since Milwaukee has no interest in building large factory power plants, the alternative use of “micro-grids provide a smaller system to be able to build when the need is there,” says Nasiri.

GRAPES research has resulted in several spinoff companies in Arkansas since its inception. UWM’s membership in GRAPES could create more commercial products and startups in the Milwaukee area, says Nasir. And that, in turn, could make Milwaukee a greener and more energy efficient community that relies on state-produced solar and wind energy rather than gas and coal exported here from other states.