And a new martini bar in Walker's Point. 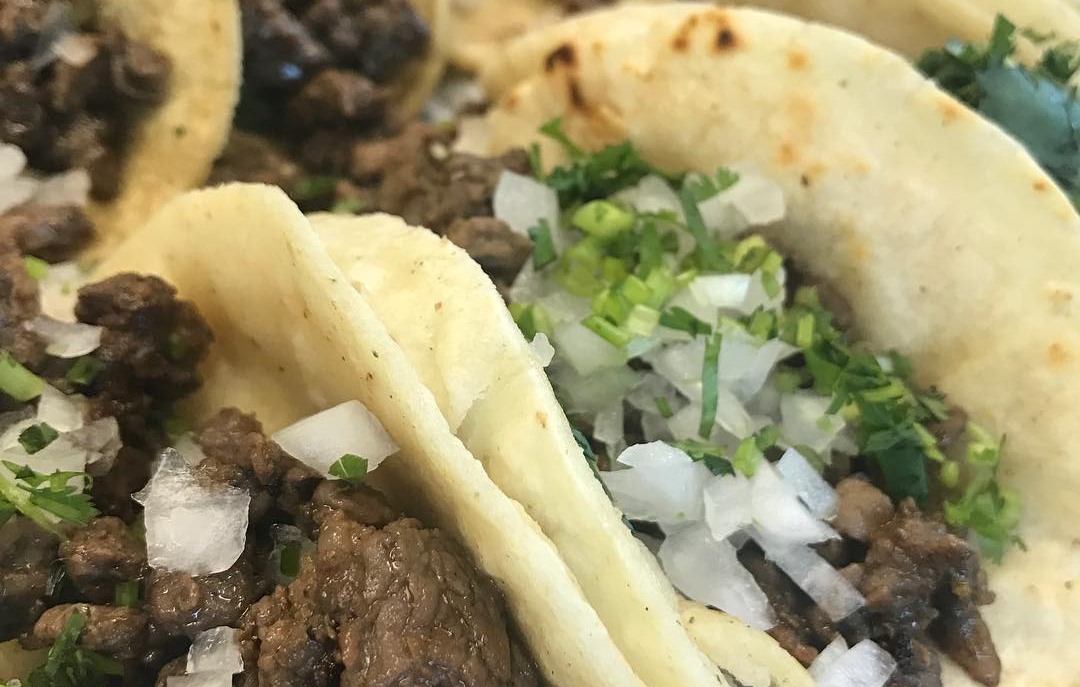 The Laughing Taco opened today at 1033 S. 1st St. in Walker’s Point. The restaurant, owned by Chef Justin Carlisle and his wife Lucia Muñoz, was inspired by the tacquerias of Northern Mexico and Monterrey, where Muñoz was raised.

“’When Justin first visited Mexico with me, he loved the delicious, simple food from the tacquieras. It wasn’t something he’d tried before,” says Muñoz, “And he said, ‘Wouldn’t it be wonderful to have one of those in Milwaukee?’’”

The menu, prepared by Chef Travis Cook, will be simple and feature only five tacos at first. Bistek tacos are made with beef from the Carlisle family farm in Sparta, Wisconsin. Trompo, or known as al pastor in Central Mexico, features roasted pork, while the gringa will be topped with pork and cheese. The pirate will feature steak, cheese and avocado. Fredrich reports The Laughing Taco will also have vegetarian options based on Muñoz’s mother and feature cactus in a chile-based sauce or potatoes in a tomato-based sauce on either corn of flour tortillas.

The dishes will be served with two green salsas (one mild and one very spicy) and one middle-heat red salsa.

The Laughing Taco is open Tuesday through Saturday 11 a.m to 10 p.m. and offer dine-in and take-out.

A second Milwaukee Brat House location will open in the former Oakcrest Tavern location at 4022 N. Oakland Ave. in Shorewood, perhaps as soon as August 1.

The original Brat House is located at 1013 N. Old World 3rd St. and its version of a Milwaukee staple has won it appearances on Food Network and Travel Channel.

The second location will be tailored to its new neighborhood co-owner Andrew Fronek told Fredrich:

“We’re really going to tailor it to the dining crowd in Shorewood, so we’ll do more with the wine list, craft cocktails,” says Fronek. “And we’ll be taking a look at the food menu and making some changes there, as well. For instance, we do a great fish fry Downtown right now. But we’ll have the opportunity to expand that.”

Plans call for the new restaurant to be open daily for lunch and dinner, with brunch on weekends and late-night food service until 2 a.m.

Martini, a new martini bar and events venue, is set to open at 1301 S. 1st St. in Walker’s Point. French food fans may remember that as the location for Chez Jacques, which recently closed.

The building’s owner Jacques Chaumet will partner with Clai Green, the managing owner of The Point and Sangria bars, in the ownership of Martini, reports Fredrich, who adds more details:

The menu at Martini will feature more than 60 different types of martinis, including usual suspects like the Godiva chocolate martini and Pretty in Pink, along with numerous fun offerings like a gummy bear and sugar cane martini, notes Green…

Martini will not have a food menu. However, it will open its doors once a month on a Wednesday, to feature Chef’s Palate, a pop-up series showcasing the work of local chefs, who can host as many as two seatings.

“We’re happy to host chefs from the neighborhood, new chefs who are looking at opening a restaurant, or folks who just want to do something different and explore new territory,” notes Green, who says each chef will be entitled to the profits from each dinner, with a percentage donated to a charity of the chef’s choice.

Martini will have an upscale and modern vibe, featuring a lounge with velvet couches, outdoor patios and an outdoor bar. It will be open seven days a week.

The shop will also serve Colectivo coffee, juice and bottled drinks. They hope to offer smoothies, milkshakes and ice cream-filled doughnut sandwiches in the future.

Donut Squad’s grand opening will be mid-June and their tentative hours are Sunday through Wednesday 7 a.m. until 7 p.m. The hours will be extended on weekend nights.

Jimmy Johns in Bay View will move to Freshwater Plaza in Walker’s Point at the corner of S. 1st St. and E. Greenfield Ave. According to a Craigslist posting, the current 2242 S. Kinnickinnic Ave. location is owned by Third Coast Investors, LLC and is available for lease for $2,500 a month. The space is “ideal for intimate dining, quick service restaurant, cocktail lounge, pizza and more,” the posting notes.

Freshwater Plaza is owned by Wangard Partners, Inc. and will feature other businesses such as Sprint, the UPS Store, LyLy Nails & Spa, MODD by Luci and Tribeca GalleryCafe & Books.

Anodyne Coffee Roasting Co. is growing: it has opened its fourth cafe, at 7471 Harwood Ave., in Wauwatosa, with a design inspired by Roman espresso shops seen by owners Matthew McClutchy and Lacey Perry on their travels in Italy, as Carol Deptolla reports for the Journal Sentinel. She adds these details:

…the cafe has 20 seats inside and about 20 more on the patio behind the building, and it’s expected to have beer and wine starting late next week.

A couple of beers will be on tap, with more in bottles. The cafe also will have a small wine list…

Inside, the cafe has a European-style classical-meets-modern look: tabletops are made of marble, light fixtures of brass and contemporary chairs standing on the original hardwood floors are in black and red. The new wooden counter was crafted for the space.

Besides coffee and espresso drinks, the cafe will sell baked goods from nearby Le Reve Patisserie & Cafe and from the Cake Lady and East Side Ovens.

A new sushi bar and hibachi-style restaurant is awaiting approval to open at 3875 and 3885 S. Mooreland Rd. The lot is currently vacant and the site of a single-family home which would be torn down.

According to Corrinne Hess of BizTimes, “the 7,000-square-foot restaurant would include a private area for group dining. Chi Tung would employ up to 30 people at peak times and be open seven days a week.”

Orange Leaf Frozen Yogurt will open its third Milwaukee-area location this July at The Corners in Brookfield. The Oklahoma City-based frozen yogurt chain boasts more than 300 locations in the United States and Australia.

In the BizTimes, Hess quotes that Orange Leaf spokesperson Jen Morrison, who said “We’re thrilled to be joining The Corners of Brookfield. This new store will add to our already strong brand in southeastern Wisconsin.”

Orange Leaf will join other restaurants like BelAir Cantina, Café Hollander and Grimaldi’s Pizzeria at The Corners.