New apartment building is days away from being "unboxed" 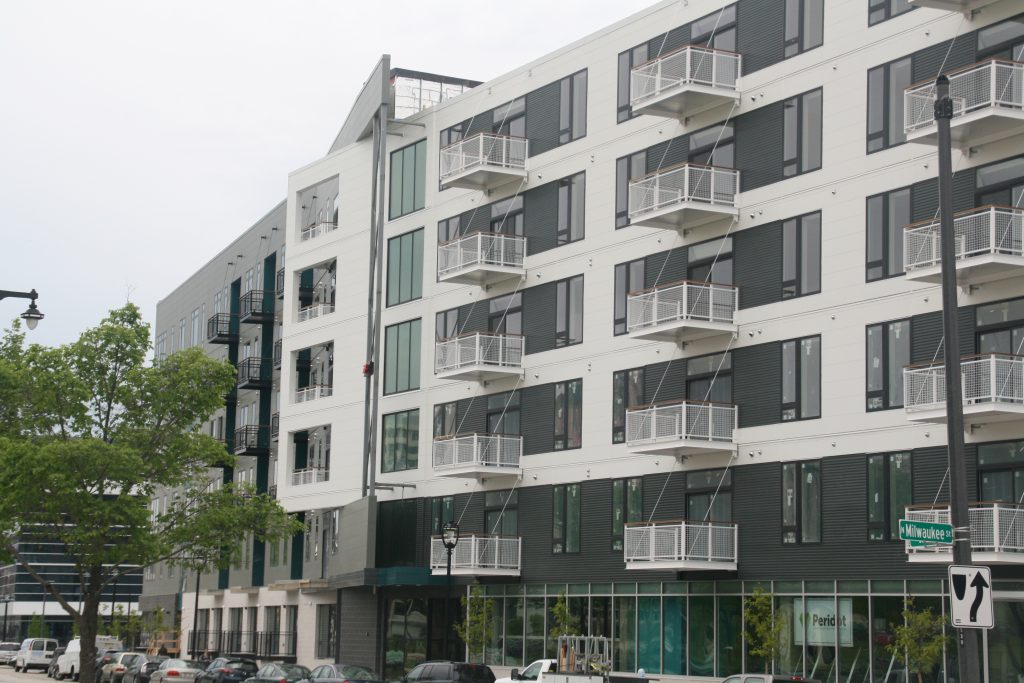 Vignette at The North End. Photo by Jeramey Jannene.

It’s only a matter of days until residents start filing into the fourth phase of The North End. The 155-unit apartment building is set to open in June.

The large building, which is designed as two buildings colliding into one another to reflect the curve in N. Water St., will be known as Vignette. Defined by Merriam-Webster as “a picture (as an engraving or photograph) that shades off gradually into the surrounding paper,” Vignette was picked as the name to follow the pattern of photography-related names for buildings in the North End complex (the others are Portrait, Silhouette, Aperture).

Located at 1551 N. Water St. residents of the privately-financed project will enjoy the first swimming pool built in downtown Milwaukee in quite some time.

Signage on the building tells potential tenants “don’t rent another apartment box.” It goes on to pitch “unboxed amenities viewing now” with a series of photos and renderings depicting everything from mini-bowling to a pool-side cabana. All included within the building.

Indoor parking will be hidden by common areas and rental units that will wrap the building’s first-floor, consistent with the design of the adjacent Silhouette building. In addition, a new segment of the publicly-accessible Milwaukee RiverWalk will run the length of the site. Mandel Group has continued their more unusual, for Milwaukee at least, riverwalk design by integrating it more like a small street than a sidewalk.

Construction on the project started in January 2016 and has progressed significantly on the building since we last visited in earlier this year.

Design work on the project is being led by Eric Ponto of Engberg Anderson. Project financing is being provided by Associated Bank and Johnson Bank. Peridot is serving as the general contractor on the project, having also completed the second and third phases for Mandel.

Less than eight years ago, the site of the The North End was a vacant Pfister & Vogel tannery. When Vignette is complete the site will include five apartment buildings with a Fresh Thyme Farmers Market grocery store, Anytime Fitness gym, a pocket park (Denim Park), and other commercial tenants.

The fifth and final phase of The North End is underway across N. Water St. from Vignette. Dubbed “Chroma” the project will contain 90 units.

Immediately south of Vignette, Bader Rutter just relocated from Brookfield into 1433 Water, a new office building in the former Laacke & Joys complex. See inside that project as part of my May 17th article “Inside the New Bader Rutter.” 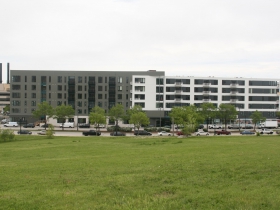 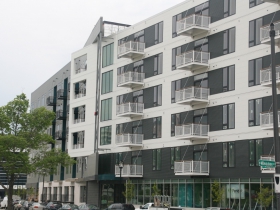 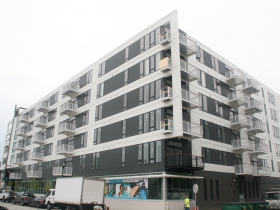 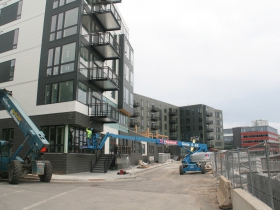 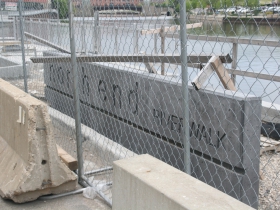 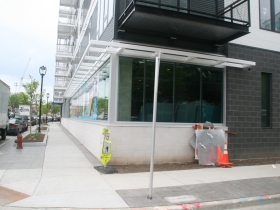