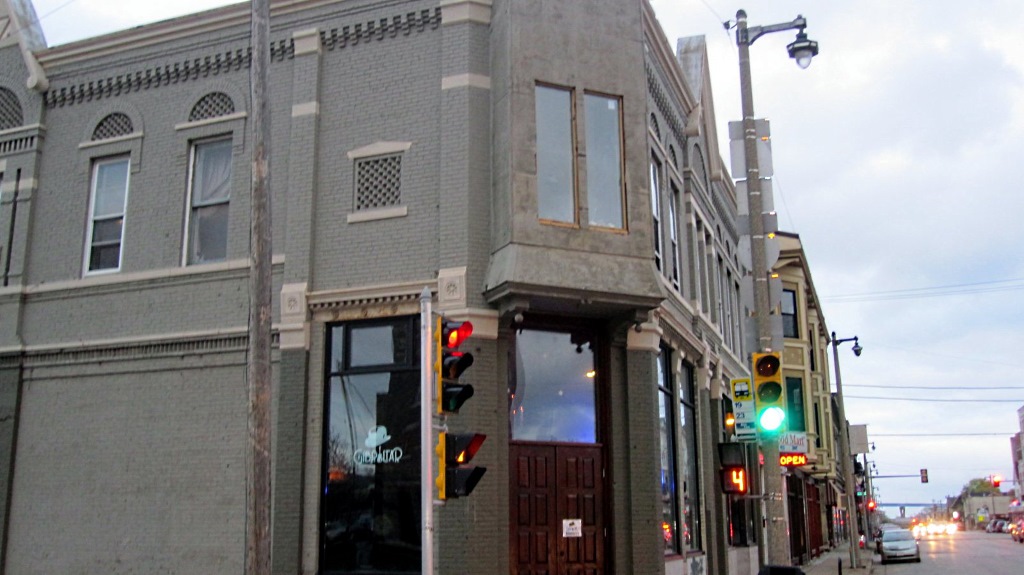 This 1895 (possibly earlier) corner saloon building at the intersection of S. 6th St. and W. National Ave. had good bones but was in a sorry state for decades.

By 1988, the east half of the building was occupied by Topping and Co.’s “International House,” a curious store fronting on the avenue that anticipated in many ways today’s multicultural awareness. It was founded after World War II and run for a half-century by Nick Topping (born Topitzes), who died in 2007 at 89, and who was memorialized by Rep. Gwen Moore in the Congressional Record upon his death.

Topping sold your usual variety of Greek and Middle Eastern specialty foods, which were not quite as abundant in the Truman–Eisenhower era as they are today. He also sold revolutionary books and pamphlets from the store, joined the NAACP, marched with Father Groppi when the South Side was off-limits to blacks, and became a mentor to the immigrant Latino community. That half of the building got its start as a cigar factory when the building was new. The west end was the Elepache Bar, accessed from S. 6th St. It is this portion of the building that is of interest to us.

In 2004, the building was owned by Danica Ristic, who operated a rooming house above. This was not one of your fancy rooming houses, but rather a rough and tumble one, and many of Ms. Ristic’s tenants may have spent many months sleeping on steel cots immediately prior to enjoying the comforts of this ruin.

The tavern below was run by Luis Belmontes, who called it Felipe’s Latin Quarter, a name that conjures up a romantic image which is totally out of line with the nature of the establishment. The drab building’s windows were boarded over, with only a little slit admitting light or a view. Nor was it the most soundproof of structures, as the rooming house residents would surely have known when the mariachi band would strike up a tune, audible even across busy National Ave.

Inside, it was as dreary and dismal as on the outside. The bar was smoky, worn and poor. Many of the patrons appeared to be very recent arrivals to Milwaukee, judging from their clothing. They wore no sports jerseys, but real cowboy hats, tooled belts proudly embroidered with “Mexico” and boots, not sneakers. Their mannerisms were also those of a different place, and included studiedly courtly behavior when it was time to impress a certain senorita, and to request of her the pleasure of a dance. When the ladies weren’t around, though, it could get a little rough.

The music was sublime — straight from the old country, uncorrupted by the influences of the new, played with simple instruments as the patrons found a refuge amongst themselves in a crumbling building in a strange land.

In October, 2015, the building was sold for $140,000 to Walker’s Point Creative, LLC, a holding company of Dieter Wegner III, a roofer by trade, and an early believer in the future of Walker’s Point. In 1996 Wegner bought a 15,000- square-foot building four blocks away, paying $82,500 for it. That building is now assessed at $600,000. Wegner is a hands-on guy, and capably served as his own construction manager when it came time to make Felipe’s fit for habitation. This involved much in the way of gutting the many layers of construction and attempted repairs throughout the entire structure, with the goal of getting the old bar fit for habitation once again.

As the crews tore the place up, Wegner’s friend Clive Promhows pulled out his easel and started creating original paintings of jazz- and other musicians to hang in the place. Wegner would customize the place for Evan Christian, a local musician who wanted to open a jazz club. Wegner, who also has an eye for design, traveled about town picking up used furnishings for the place, mostly with a muted mid-century modern taste. The staff of the Habitat for Humanity ReStore shop would leap to attention at the sound of his footsteps.

On November 16th, 2016, an occupancy permit was issued and Gibraltar was on its way.

Today the tavern entrance is at 726 S. 6th St., behind a gleaming wooden paneled door, while the enticing corner entrance is closed, due to the stage being in that area. The sturdy brick walls, now with no studs or plaster, provide a warm yet funky feeling. Five guitars are hung on the wall above the bar. It is safe to say that none of these belonged to any of the musicians of Felipe’s day. The old wooden ceiling, high above, is painted a deep red. A large chandelier hanging in the front, rescued from God knows where, can be seen from the street and is a signature element. There are several seating areas, including the cozy couches. The bar is one of the seating areas, and it is spare and clean. This place is not likely to be decorated anytime soon with a Budweiser Clydesdale sign, unless Wegner finds the original one somewhere in his travels. 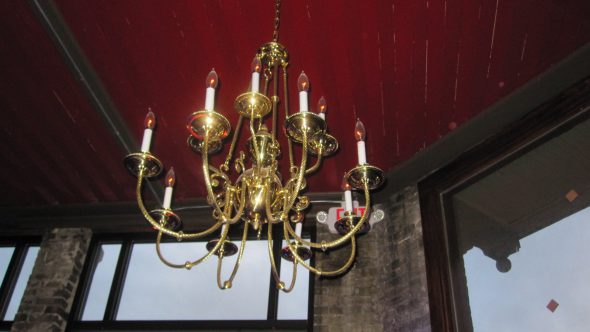 Owner Christian was not in at 7 p.m. on a Thursday, and there were few customers at such a ridiculously early hour for a jazz club. However, musicians were arriving at that time to herald the opening salvo of Arte Para Todos, which was in Walker’s Point for Thursday festivities.

As the sun set through windows you can actually look through once again, the beauty of the old buildings in sight, including this one, became more and more apparent. Only the very top portion of the Virgin of Guadalupe steeple could be seen to the southwest. There are still some maddening gaps in the area’s gentrification, but things have progressed far from past decades. This is in part due to long-ongoing efforts to preserve National Avenue, and particularly by the city’s bold restructuring of both S. 2nd and S. 5th streets, two significant arteries between the neighborhood and Downtown.

The robust musical schedule at the bar, plus the fact that the owner himself is a musician who can sit down and jam with any band, gives Gibraltar a sound footing in the challenging club business. The increased vitality of the area, after generations of decline, should help draw customers. Being just around the corner from the Milwaukee Ballet, and blocks away from Arts at Large, the Walker’s Point Center for the Arts, and other emerging cultural institutions shows a promise for collaborative works at this venue. This place has class — not so much as to frighten you away, but rather to encourage a good time and to enhance the vibe of some of Milwaukee’s most talented musicians. Milwaukee Symphony musicians routinely perform here. An impromptu Bach Cantata, or perhaps a Chamber music concert? But of course! And they sell out.

There are no beers on tap here, however there is an abundance of Lakefront and other products in the cooler. 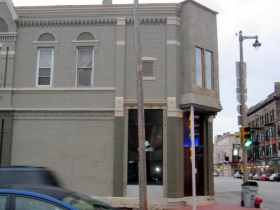 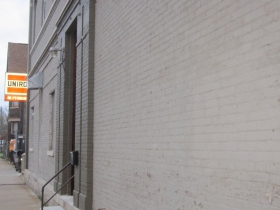 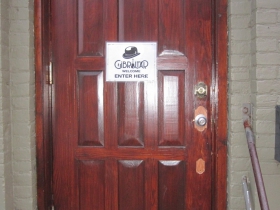 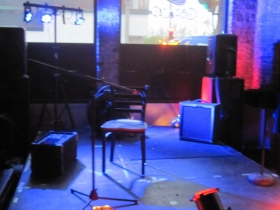 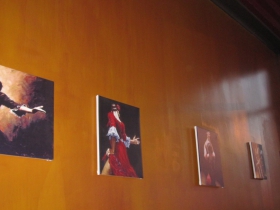 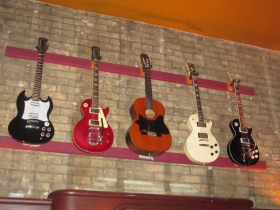