Trump Could Save the Great Lakes

Instead of cutting funding, he could address invasive species.

President Trump likes bold executive orders to shake things up. So here are a couple that could endear him to the voters in the Midwestern fly-over states who put him in the Oval Office.

He could order the closure of the St Lawrence Seaway, the port of entry for the 186 invasive species that have turned the Great Lake fishery into a virtual desert.

And he could issue an order to install an impenetrable barrier to the Asian carp that are working their way up the Chicago River watershed into Lake Michigan. That would be a stopgap while his administration develops a plan to close the Chicago Sanitary and Ship Canal altogether.

From a commercial perspective, these two man-made transportation routes carry only a small percentage of Great Lakes trade. The savings versus rail and truck transportation are minuscule compared to the incalculable past, present and future damage from the invasive critters.

How do we know all this? 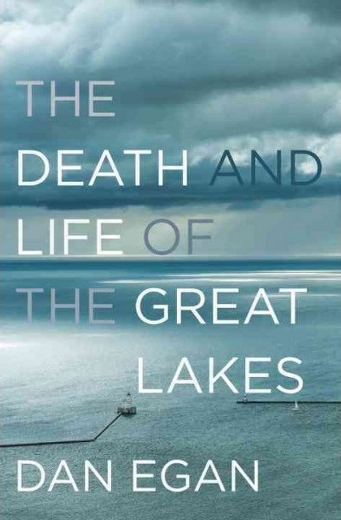 The Death and Life of the Great Lakes by Dan Egan.

A brilliant Milwaukee journalist, Dan Egan, just published a thorough and revealing book that lays out the devastation from a series of invaders – from lampreys and alewives to zebra and quagga mussels to gobies. The book, “The Death and Life of the Great Lakes,” the product of a decade of reporting, stops short of being a eulogy for our precious water resources, but it is a call for doing no more damage.

It is only a matter of time until invasion species number 187 arrives through one of the two waterways.

As one stopgap, the president could order an immediate and complete cleansing of the ballast tanks of all ocean ships entering the lakes. The cleansing technology exists. That would buy time to convince the Canadian government to go along with a permanent closure of Seaway. The barge traffic on the canal is a small niche.

Less than 5% of traffic on the lake is ocean going, and that percentage has been dropping. The other 95% is internal lakes commerce.

Egan dug up studies and experts who put the cost of using rail and truck to bring the ocean cargo from east coast ports inland at around $30 million, if projected to today’s volumes. It’s a pittance. The damage from the invasive species, especially the trillions of mussels, has been pegged at $200 million per year at a minimum.

If business and economics prevailed, as opposed to politics and resistance to change, the Seaway would be closed forthwith.

As another take-home lesson, Egan’s work reminds us all to beware of human arrogance, especially when it comes from the U. S. Army Corps of Engineers. The Seaway and Chicago canal, both colossal engineering projects, have proved to be environmental and economic disasters.

The Corps couldn’t have been more wrong. What looked like genius back then is anything but today.

In its most shortsighted undertaking, the Corps oversaw the carving of a 25-foot deep Chicago Canal that reversed the flow of the Chicago River. It breached the Continental Divide, an arrogant project that opened a two-way potential flow of an estimated 39 invasive species, including two species of carp that weigh up to 35 pounds. The Corps messed with Mother Nature big time.

Note: The carp have already infested huge sections of the Mississippi River system.

Carp DNA has already been detected up river from the suspect electric barricades. Carp presence and proliferation in the five lakes would be another Great Lakes tragedy.

Instead of bold action, the young Trump Administration has gone the other way. Its budget cuts the $300 million Great Lakes Restoration Initiative to $10 million per year. Chances are the president was unaware of this budget provision. But Midwestern politicians are now protesting the slash.

They should be saying: How about a wall around the Great Lakes before the building a wall for billions of dollars to the south? The former will have indisputable and incalculable economic and quality of life benefits. The latter not so much; the flow of illegal immigration has already sharply declined.

As another environmental journalist, Peter Anin, commented, “Is Trump really going to gore a sacred ox in the electoral region that put him in office?”

2 thoughts on “Op Ed: Trump Could Save the Great Lakes”