Lindsay Heights is a big winner at MANDI awards.

By Sharon McGowan, Milwaukee Neighborhood News Service - Apr 10th, 2017 10:27 am
Get a daily rundown of the top stories on Urban Milwaukee 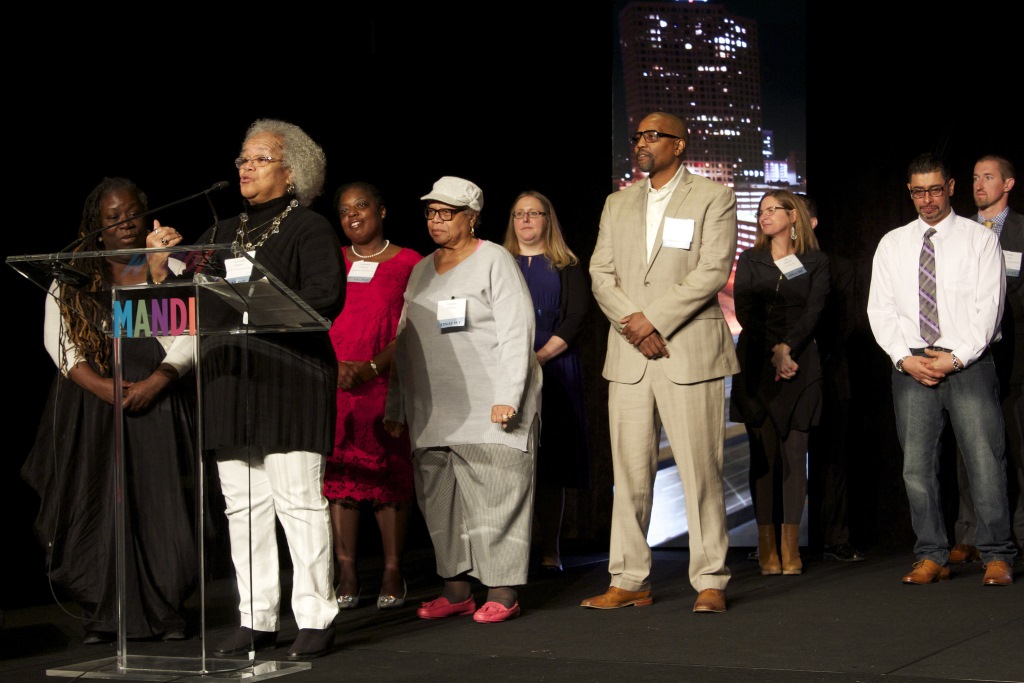 LaVonda Graham, board president of Walnut Way Conservation Corp., accepts the award for the Innovations & Wellness Commons in Lindsay Heights. Photo by Emmy A. Yates.

Three projects in the North Side Lindsay Heights neighborhood won Milwaukee Awards for Neighborhood Development Innovation (MANDIs) Thursday evening at a dinner attended by about 800 guests.

The event, held at the Potawatomi Hotel & Casino, was presented by LISC Milwaukee and U.S. Bank. All winners received a trophy and a $1,000 contribution. The 15 finalists, in five categories, were chosen by a selection committee of 40 volunteers from the private, public and government sectors. Winners of the Wells Fargo People’s Choice awards were determined by a public vote, hosted on the Milwaukee Neighborhood News Service website. 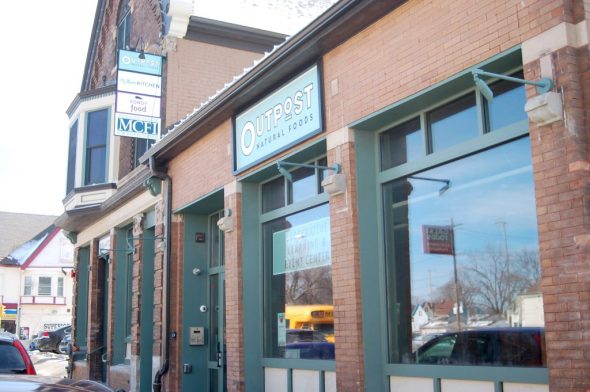 Fran Dawson, acting executive director of Walnut Way Conservation Corp., which was a partner in all three Lindsay Heights projects, said that community residents deserve the credit for their success. “We live together, work together and play together. We support each other,” she said.

Tony Gibson, chairman of the Johnsons Park Neighborhood Association, said that the park’s revitalization has taken nearly a decade. He credited the Center for Resilient Cities, the Rotary Club and other partners for recognizing the potential in Johnsons Park, adding that the work isn’t done. “There’s so much looming on the horizon,” he said.

Silver Spring Neighborhood Center won the BMO Harris Bank Cornerstone Award, which recognizes an organization for its commitment and effectiveness over time. The center was also the recipient of a People’s Choice Award.

Kaylin Jones, who accepted the award for SSNC, credited the organization’s success to its ability to work with whole families. Jones, who said she “grew up in the center,” explained, “We start with prenatal, all the way through adults. When you work with a kid for years, you can and must have an impact.”

“The MANDIs are a celebration of Milwaukee’s neighborhoods, and the passionate, committed people who work tirelessly to improve their communities,” said Dawn Hutchison-Weiss, communications director at LISC Milwaukee.

Winners and finalists are listed below:

The Innovations and Wellness Commons in Lindsay Heights won the State Farm Building Blocks Award for a real estate project that improves the community. Other finalists were the Asian Public Market Phongsavan and TechForce Training Center.