Regrets, They Have a Few 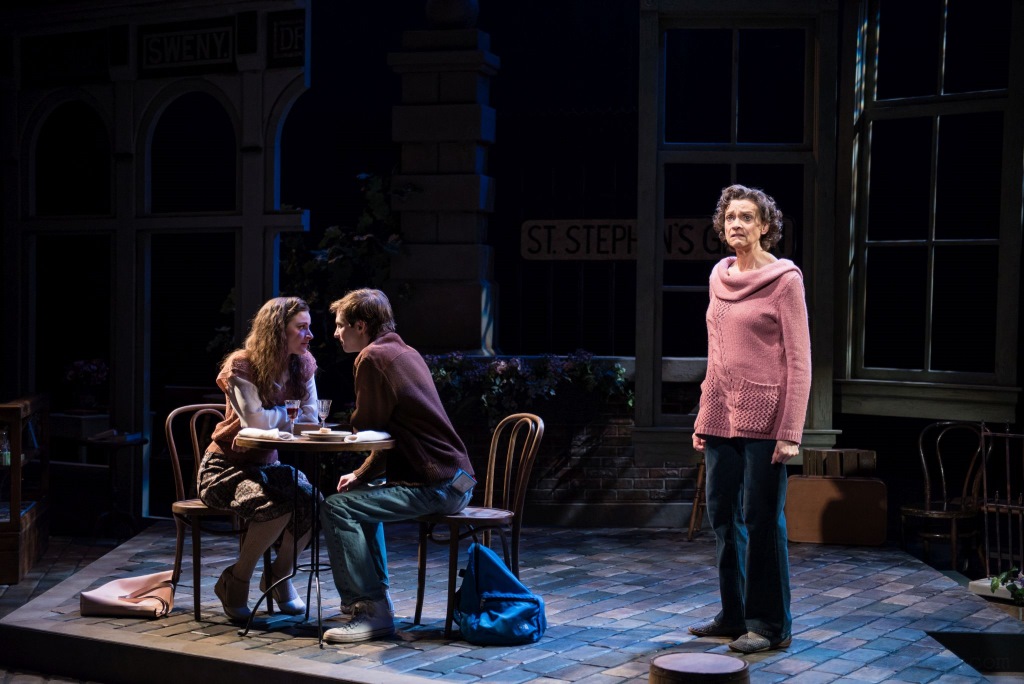 Next Act Theatre’s production of Bloomsday. Photo by Ross Zentner.

Set in Dublin with two characters portrayed by four actors, “Bloomsday” explores regret and romantic memories over 35 years, the younger and older selves talking to each other in interlocking, mystifying ways. Confusing as that may sound, the production at Next Act Theatre through April 30 is an eminently accessible and eminently sensitive Milwaukee premiere, mixing humor, thoughtful observation and manic flights of poetry.

Not so much a great play as a great theatrical experience, the production reunites two important names in Milwaukee theater history, director Joseph Hanreddy who led the Milwaukee Rep for nearly two decades and Steven Dietz, whose originality as playwright and skill as a literary adapter made him sort of an unofficial Rep playwright in residence under Hanreddy.

This play won a special citation last year from an organization I helped found, the American Theatre Critics Association. It is set in the physical haunts of James Joyce’s “Ulysses” without requiring knowledge of the novel (though it helps for laughter to know its reputation as incredibly dense and experimental in free-form association).

Bloomsday is the date Dubliners celebrate the book and its eternally unfaithful Molly Bloom. The connections of Molly to Dietz’s modern characters are all in the amusing shadows of human memory. Dietz is playing with how chance meetings become important signposts in our lives, hardly an observation limited to Joyce’s  writings.

Caithleen and Robbie are the tour-guide colleen and her lovesick impetuous American tourist. But they are also Cait and Robert 35 years later interacting with, informing and chastising their younger selves. Dialog, time and shape shifting carry us through a sorrowful yet surprisingly cheerful meditation on loss.

The older versions of the characters are also well known in Milwaukee theater – actors  Norman Moses and Carrie Hitchcock. Hitchcock is a wonderful madwoman in the literary sense of perceptive while crazy. She masters the Irish brogue of dialog  that might seem disjointed in thought and intentions but emerges in her mouth as completely clear and touching – suggesting more eras and places than a mere synopsis can convey. Without her depth of performance some of the play would have been lost.

Moses serves as somewhat aloof narrator and self-loathing character, amused by it all yet berating his younger self – berating all youth, for that matter. He is the smooth American unhappily settled in normalcy and wryly encountering his own limitations.

While Hitchcock has mastered the Irish brogue, it takes Jordan Watson the first act before the brogue stops mastering her. But as she falls more comfortably into the role and finds both the sweetly flirtatious and impulsive gears of the young Caithleen, the purpose becomes solid. Watson embodies the confusions of passion and fear while, as the same person older, Hitchcock conveys both awareness and acceptance.

Kyle Curry’s honest onstage presence and character skill have drawn favorable notice in a previous Next Act production. Here his Robbie is even better. The part requires innocence and impishness and far more expertise than youthful manners. The actor must freeze in place and then react immediately as the “Bloomsday” story revolves around him.

Backstage there are other Milwaukee veterans. Scenic designer Rick Rasmussen creates a cobblestone Dublin that opens up the three-sided stage. Aria Thornton’s costumes flesh out character details and differences while pleasing the eye. The lighting by Jason Fassl frames the key moments, though it was my misfortune to be seated in the one place where I got too much back.

But I could still appreciate Hanreddy’s staging and how his anticipation of interplay helped the actors meld humorous lines and poetic shifts. This is theater unconcerned about being flashy or formidable, just engaging. Language and insight bring us gently to look back and contemplate how we move forward. It is the sort of production that should remind patrons why Next Act’s explorative seasons should always be welcome. 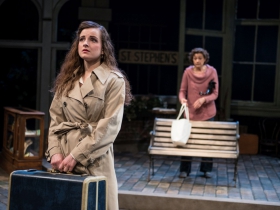 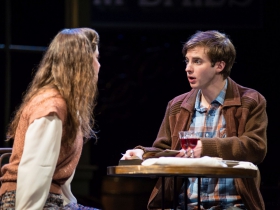 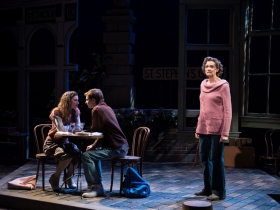 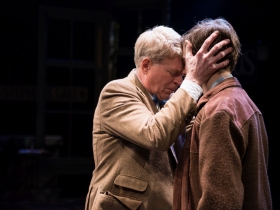 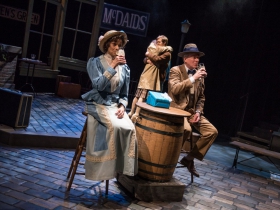