By Gretchen Schuldt, Wisconsin Justice Initiative - Apr 5th, 2017 09:41 am
Get a daily rundown of the top stories on Urban Milwaukee

It would cost state taxpayers about $15.3 million per year to impose mandatory minimum 18-month prison sentences on drunk drivers convicted of their fifth or sixth offense, as State Rep. Jim Ott (R-Mequon) and Alberta Darling (R-River Hills) have proposed, according to the State Department of Corrections.

Longer prison terms would result in even higher costs, the DOC said. The estimate also does not include any remodeling or construction costs associated with expanded alcohol and other drug abuse programming. 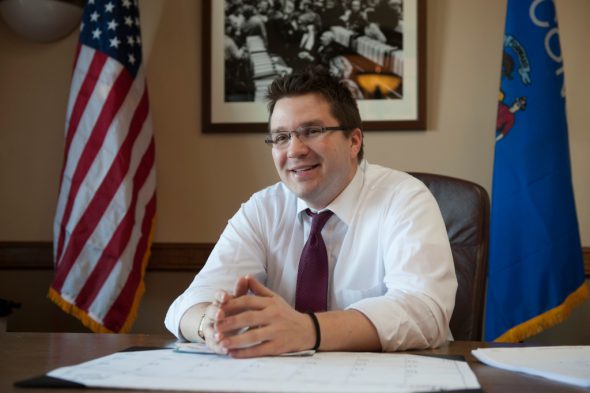 Ott and Darling are the lead sponsors of a bill that would mandate the 18-month minimum sentence for multiple repeat drunk drivers. The new cost estimate, dated Friday, largely vindicates State Rep. Evan Goyke (D-Milwaukee), who pushed for it during a public hearing on the measure last month.

Fiscal estimates of legislation’s potential impact are routinely provided by agencies to legislators so they understand the tax and budget consequences of their votes. The Department of Administration is responsible for determining what agencies should provide the estimates.

Goyke produced his own estimate for the public hearing that showed the bill could cost the state $20 million  per year, but that number was greeted with skepticism by some on the Assembly Committee on Criminal Justice and and Public Safety, who suggested it was too high.

Goyke, who could not immediately be reached for comment, suggested the DOC estimate was omitted because the Walker administration did not want to make the costs of the measure public.

In its new estimate, DOC said the state’s prison population would rise by about 478 at the end of the first year after the bill is passed and, once the full impact hits, the population would increase by 710 inmates.

By far the largest chunk of costs – $13.3 million per year – would come from contracts with local jails throughout the state for bed space for the additional 710 inmates. The state prison system already is at capacity and, as of March 17, was contracting with local jails for 206 beds for prison inmates.

An additional $2 million would be needed to establish new AODA treatment programs in state prisons. The programs would require hiring 24 treatment specialists and 1.6 corrections supervisors, DOC said. The department also would need $117,000 in start-up costs for the programs.

The Assembly Criminal Justice and Public Safety Committee is scheduled to vote on the bill Thursday.