The Other Taylor Comes to Town 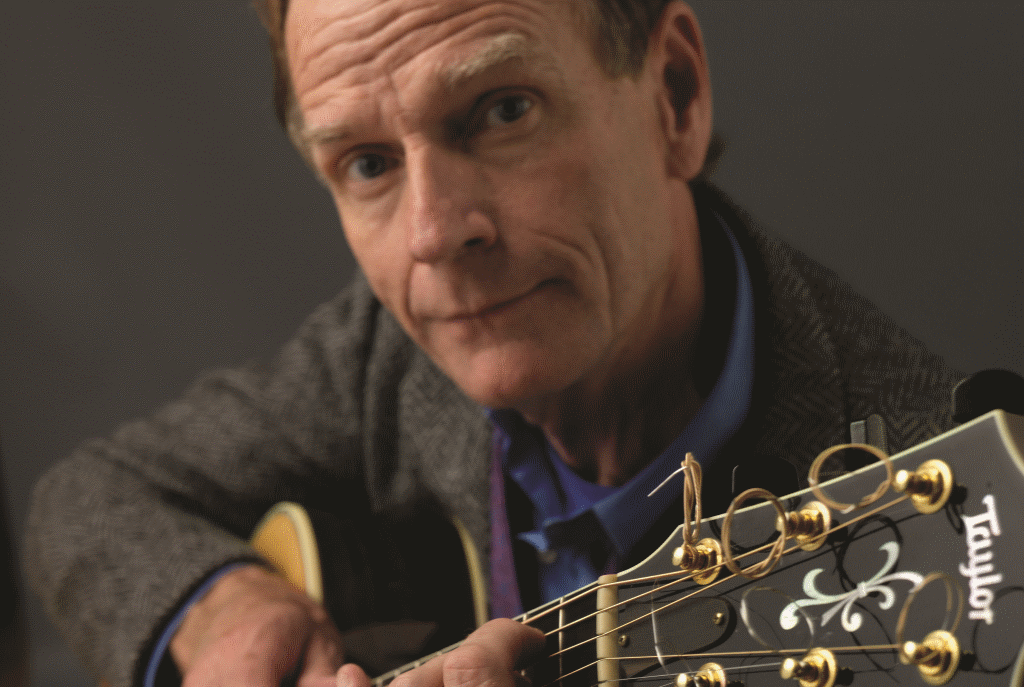 It’s not often you hook up with an interview subject when he’s 4,500 feet in the air. Livingston Taylor was piloting his plane somewhere over the east coast when he took my call. “It’s a painfully blue sky,” he said, cruising over the countryside. “I’m traveling over the ground at 132 knots, just wandering over Connecticut, going from Martha’s Vineyard to White Plains.”

Livingston Taylor is the younger brother of folk legend James Taylor. He’ll be performing  with Tom Chapin, the younger brother of Harry Chapin and the singing group EVA at the Wilson Center for the Arts on Saturday, April 8, 7:00 p.m. While you may know Chapin and Taylor, EVA is a trio of breathtaking voices — Hannah Read, Liz Simmons, and Nicole Zuraitis — with roots in Australia, Ireland, the UK, and the United States.

The evening promises crisp harmonies and humorous banter that all come together in an evening of fresh, fun folk music.

It can be difficult performing in the shadow of a famous brother, but Taylor has made a mark in his own right. He is the recipient of the Boston Music Award for “best folk and acoustic artist.”

You’d think flying through clouds would give you impetus to start writing songs, but Taylor says, “I don’t necessarily think more about songs than when I’m in an airplane.” Though at one point he did write a song about the Wright Brothers– “Kitty Hawk, December 1903.”

Taylor will share the stage with Tom Chapin and says they’ve been good friends for a long time. After all, they have a lot in common–very famous brothers. Harry Chapin was a big success with songs like “Taxi” and “Cat’s in the Cradle.”

“I didn’t know Harry well,” Taylor says. “We met a few times. I don’t think Tom is as recognizable to his brother as I am to James.”

James Taylor is a five-time Grammy Award winner, inducted into the Rock and Roll Hall of Fame in 2000. He is one of the best-selling music artists of all time, having sold more than 100 million records worldwide. His breakthrough came in 1970 with the No. 3 single “Fire and Rain” and had his first No. 1 hit the following year with “You’ve Got a Friend“, a recording of Carole King‘s classic song.

If you don’t know Livingston Taylor’s work, then his show will be entirely new to you. And that can be a good thing. “I’m mindful of getting into my new material when I’m onstage,” Taylor said. “If you’re familiar with my catalogue, I still like to do fresh things and energize the material. I, along with my audience, will be interested in what’s coming across. Even hits I had in the 1970s and early 80s have to be tweaked, reinvented.”

The younger Taylor said he played the piano as a young boy, but it didn’t stick. “I picked up the guitar at 13 and there was no looking back. I committed myself to the guitar when I was 16, something I knew I was supposed to do.” He says once he decided on the instrument he felt at ease. “I didn’t have any other skills,” he said. “I threw my lot in with my music.”

Taylor says early influences on his music include the Beach Boys and “Good Vibrations.”

“I was also a fan of the The Kingston Trio and a Harry Belafonte song, ‘Scarlet Ribbons for Her Hair.’ It was an obscure little record but it made an impression on me as a kid. It informed me you could really tell a story in a song. I certainly listened to a lot of folk music, including Woody Guthrie. I also was a fan of Burt Bacharach.”

After his decision to make music his life’s pursuit, Taylor started playing coffee houses on open mic nights, simple and humble beginnings. As he noted, you have to start somewhere. Then he had a gig that really changed his life, gave him the veritable lightbulb moment.

“In 1969, I was on the bill for a Joni Mitchell show at Boston University in front of 3,000 people,” Taylor says. “There was an opening act, then it was my turn to go on and the audience was very disappointed as they wanted to see Joni. But it turned out well. After my set they gave me an encore and I was received fairly well. That’s when I really knew my music worked. It was enough validation for me to pursue my dreams. “

He compared the show with Mitchell to building a car then driving it for the first time. “I built something to carry me, and it did carry me. But I had to refine it along the way.”

Taylor believes his music is still evolving as he grows older. He said he learns each time he takes the stage with Chapin and EVA.

Taylor spoke about his process when creating songs. “I always find myself intrigued by good progressions. When I listen to and study other writers, I’m find I’m filling my vessel so to speak. Then I go through the writing period.”

So, what is Taylor most proud of in his catalogue?

“I’ve written three or four songs that are fine songs,” Taylor said. “I can say that from a knowledge of studying music for fifty years. In my earliest writing, I wrote a song called ‘Good Friends,’ which I like very much. There are a couple in my middle years I like, like ‘Blind.’ In my later years, songs like ‘Step by Step.’ means a lot to me.

Taylor is quick to point out you have to live your life as your own. “You don’t want to live the life that’s in your writing,” he said. “If mine was interesting enough to make note of, it would be painful all of the time. If you write good stories, that’s enough. If Ernest Hemingway weren’t a suicidally depressed alcoholic, would his work have been diminished? I think it would be ludicrous to assume so.”

Taylor, Chapin and EVA have performed 20 shows on this tour, and they have another 10 shows on the docket. “I’m in the company of some really good artists and this has been a great experience.”

And the tour’s next stop is this Saturday.