Problems with chemical disposals by factory near 25th and Hampton. 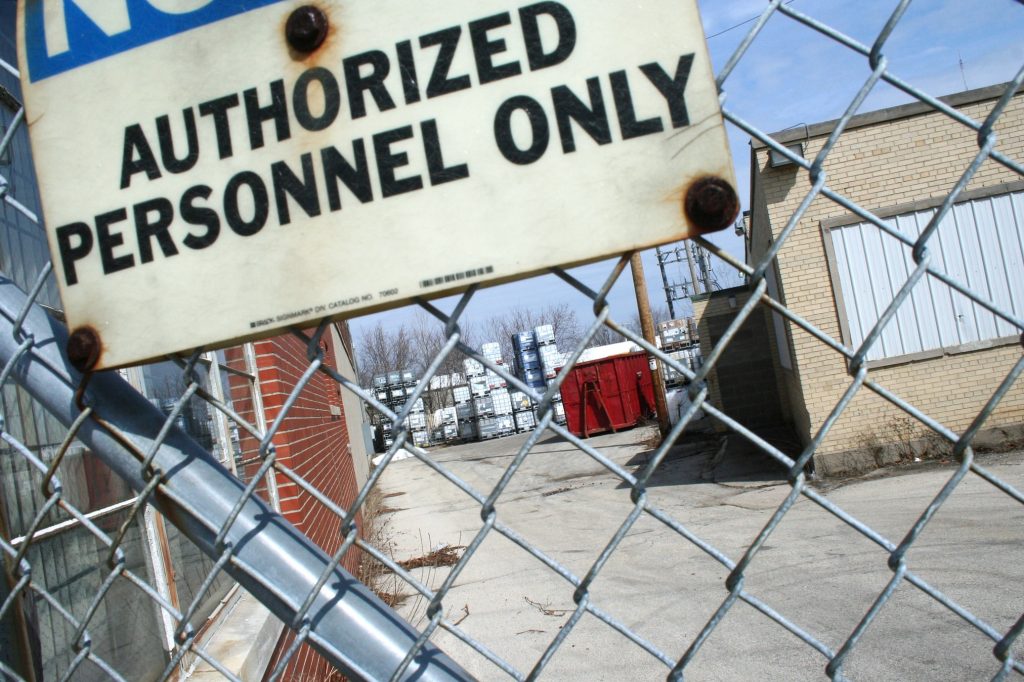 Residents in the area of a factory that washes large containers used to transport chemicals expressed concern about the effect the mishandling and mixing of chemicals in these barrels has had on their neighborhood, and may have in the future.

Mid-America Steel Drum Co., a local company that refurbishes plastic containers and 55-gallon steel drums, was implicated in a Milwaukee Journal-Sentinel investigation published in mid-February that alleges hazardous chemicals were improperly handled and disposed of at three Milwaukee-area facilities, including one at 2300 W. Cornell St.

“If it’s in the water, in the soil, in the air, we need to know about [that],” said Elois Scott, 59, who has lived less than a half mile from the plant for more than 20 years. “When they said ‘misuse of chemicals’ that scared the daylights out of me.”

Mid-America is owned by Greif, Inc., a U.S. company with similar plants in Indiana, Arkansas, Tennessee, Canada and Europe.

Brenda Giles, 53, has lived in the area for 22 years. Giles, who worked for three years in a factory where she was exposed to nitrogen vapor, has sarcoidosis, a lung disease she said can be caused, or exacerbated, by pollution or other particles. Giles said she worries about the possible effects hazardous chemicals have had on air and water quality, and the health implications for her adult children, her grandchildren — who grew up in her house and still live in the neighborhood — and her great granddaughter, who will be 2 in August. 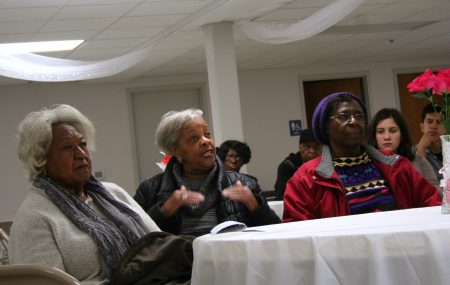 “When it comes to my children, my health, my great granddaughter and grandkids, that’s a big issue,” she said.

But Giles added, “It’s the whole community that I’m concerned about, not just me.”

According to the Journal-Sentinel’s investigation, chemicals left in the drums that arrived at the Cornell Street facility were regularly mixed into a “toxic soup.” At times chemicals were washed down floor drains and, on at least one occasion, workers evacuated the factory for about a half hour after “a horrible smelling orange cloud” filled the plant, the result of chemicals being mixed. The report was based on hours of recordings and accounts of former Mid-America employees.

In 1984, a 23-year-old Milwaukee man died after a drum exploded in his face. The Journal Sentinel reported that little was done to improve conditions in the factories.

Will Kramer, a former safety consultant who made the recordings and attended the meeting, said there was no burning of chemicals at the Cornell Street plant, but that there have been chemical reactions that caused “billowing” smoke to blow into the neighborhood. Unfortunately, he said, there’s no way to know what the risk is to residents, if any.

“If they were following the law with all this, you would know every ounce, you know, what chemicals had been there, how it was handled — all that stuff,” Kramer said. “What they’ve done, by avoiding those regulations, is that there’s no way … for any of you or any of us to find out what that stuff was or how bad, or how not bad, it was.”

Michael Mannan, a code enforcement supervisor with the city’s Department of Neighborhood Services (DNS), said his team has inspected the Cornell Street facility for building and fire code violations every year since the company obtained an occupancy permit in 2004 — and two additional times since the report was published in February. They look for exhaust, discharges, and safe storage and maintenance practices; the facility has never been cited by the city, Mannan said.

According to records from the Wisconsin Department of Natural Resources (DNR), which is investigating the allegations, the Cornell Street facility was the subject of a 1993 case in which it was required to clean up hazardous discharge. However, the facility has never notified the DNR of “hazardous waste activity” and therefore is not regulated for it.

A number of different agencies are responsible for regulating companies such as Mid-America, including the U.S. Environmental Protection Agency, U.S. Occupational Safety and Health Administration, Wisconsin Department of Transportation, Milwaukee Metropolitan Sewerage District and the City of Milwaukee.

“You’ve got lots of regulators; you’ve got lots of points of where failures are occurring,” said Mannan. “There are a whole list of processes here that ought to be regulated … and that’s what’s falling through the cracks.”

He said DNS has never conducted an unannounced inspection of the Cornell Street location.

“If you’re announcing it, they’re going to hide whatever they [don’t want you to see], because they know you’re coming,” said Crystal Trigg, 53, another longtime area resident. “I guarantee if they start doing unexpected visits, they’re going to find some stuff out.”

Ruby Snowden, 74, who has lived near 24th and Ruby streets — not far from Lloyd Barbee Montessori School — since 1977 said residents should have been notified when the company moved in. She noted that the area between Teutonia and Green Bay avenues is “congested” with factories.

“You know, it’s benign neglect. It’s about the haves and have-nots,” Snowden said.

Snowden also acknowledged that not enough residents are engaged or informed.

Taylor encouraged residents to engage with their elected officials, and said there should be better regulatory frameworks. However, she noted that federal funding for the EPA is on the chopping block. She and Bowen said they are determined to get to the bottom of the allegations, and would follow up with residents in a few months.