Design Fugitives Has Seen The Light

Young firm changes how we think about the intersection of art and architecture. 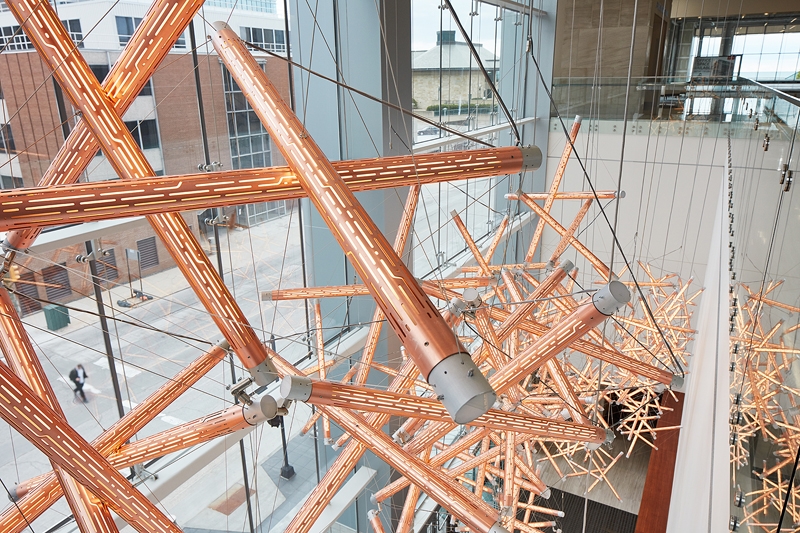 Hidden in Walker’s Point, Design Fugitives is cooking up large-scale art installations at the intersection of architecture, technology and design. Led by by the trio of Paul Mattek, Justin White and Tuan Tran, the firm’s website proudly boasts “ordinary is unacceptable,” and the company’s approach is certainly unique.

The three partners all earned master degrees in architecture from the UW-Milwaukee and graduated during the Great Recession when traditional architecture jobs were essentially unavailable. That led them, and four other recent graduates, to start what Mattek jokingly describes as phase one of Design Fugitives, where seven un- or under-employed recent graduates began to explore the intersection of product design and architecture.

In 2012, as some of the original partners “left for greener pastures” the firm began to focus on large hanging or sculptural work. Today Design Fugitives employs seven full-time employees, including the partners, and three part-time employees. Mattek, who leads the firm’s business development efforts, told Urban Milwaukee during an interview that “everything Design Fugitives does is sculpting light in some way.”

The notion of sculpting light is perhaps most easily understood by the firm’s most visible work to-date, a massive installation in the four-story lobby of the 833 East office tower. Commissioned by Irgens Development Partners, the hanging installation is made of 300 copper tubes that are internally lit with LED strips. The tubes intersect at countless angles, creating a large sculpture that is calming to passersby and yet overwhelming to study in detail. The building’s all-glass facade and location at the base of the T-shaped intersection of E. Michigan St. and N. Cass St. combine to make the sculpture clearly visible from a block away on Milwaukee’s main street E. Wisconsin Ave. 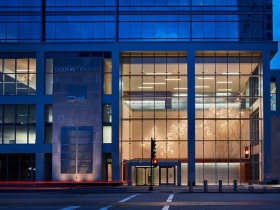 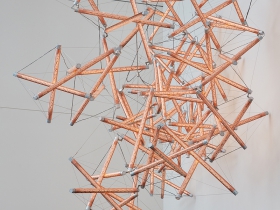 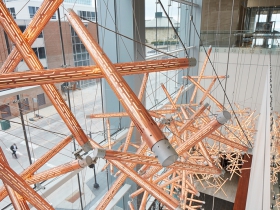 While Mattek gives me a tour of the firm’s 8,500 square-foot space at 160 S. 2nd St., I’m struck by how much it feels like touring three businesses at once, a tech startup, a machine shop and an art studio. The setup immediately lets you sense what makes Design Fugitives unique; as Mattek says, “people get it when they come here and see what we do.”

In one room, firm employees are using high-end computers and three-dimensional modeling software to design and program the latest projects. Tran, who lead’s the firm’s research and development efforts, walks me through the programming that controls a project’s design that is every bit as complex as stuff I would find at area tech startups.

Mattek leads me from the design lab into the firm’s workshop, which includes everything from a CNC machine to a laser cutter; the firm is planning to purchase a robotic arm which will allow staff to make even more complex designs. I’m shown Plexiglass panels that will soon find their way into an installation at Marquette University. The panels when assembled are intended to appear as a flock of birds and reflect light to give viewers the impression of an always changing sculpture.

Then it’s upstairs to a large open room in the turn-of-the-century warehouse where employees are preparing a massive installation for shipping to the Rosedale Center shopping mall in Roseville, Minnesota. The firm is installing four hanging sculptures at strategic locations in the mall.

The firm does 80 to 90 percent of their work in the Milwaukee area, and has grown entirely organically. Their client list is increasingly a who’s who of Milwaukee institutions including the corporate headquarters of Johnson Controls and Direct Supply. The firm has a hanging sculpture in the newly completed Sojourner Family Peace Center. Mattek, who at one time was studying to be a Lutheran minister, has also helped the firm land a number of commissions at religious institutions, including work at the soon-to-open facility on the St. Camillus campus in Wauwatosa.

What’s next for Design Fugitives? The firm continues to improve their shop, expanding their capabilities and improving their efficiency. The nationwide building boom and rise of their graduate school classmates in architecture firms has also aided the firm’s growth, as former classmates turn to the firm to deliver installations in new projects. Case in point: the firm was tasked with creating a number of fixtures for the Brix Apartment Lofts. When I toured that project in January 2016, architect and project manager Adam Voltz of The Kubala Washatko Architects raved about the work his former classmates had done in the building.

Wherever the future takes them the firm intends to call Walker’s Point home; as Mattek puts it, “we want to be where the creative energy is.” 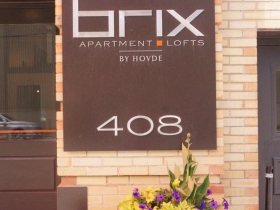 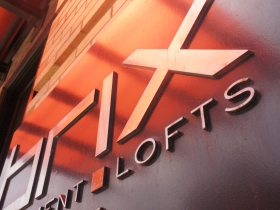 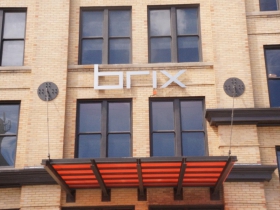 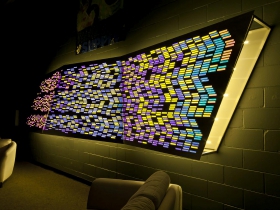 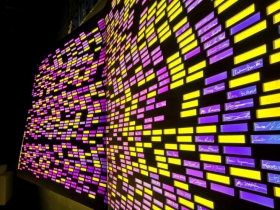 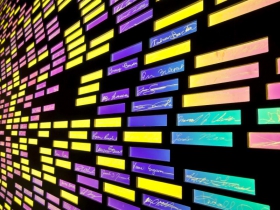 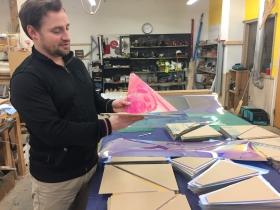 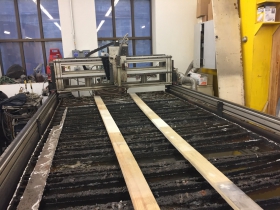 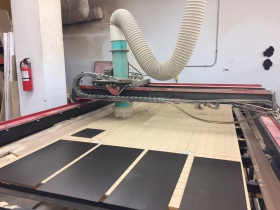 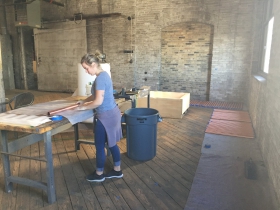 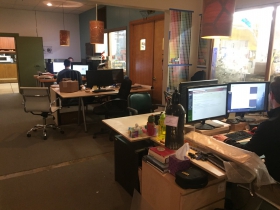