By Gretchen Schuldt, Wisconsin Justice Initiative - Mar 10th, 2017 11:05 am
Get a daily rundown of the top stories on Urban Milwaukee 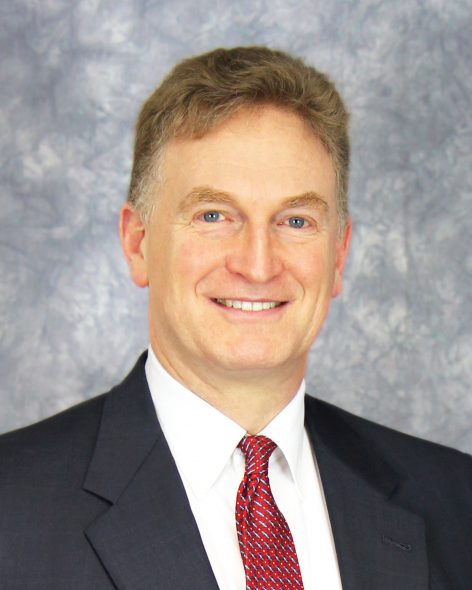 A County Board committee recommended, 5-0, on Thursday that the county increase the daily amount it charges municipalities to house municipal ordinance violators in the House of Correction and the County Jail.

The $25.40 per day the county now charges has not changed in 10 years. The new charge has not been determined, but could be in the $35 – $40 per day range, Deputy Corporation Counsel Colleen Foley told the Judiciary, Safety and General Services Committee.

The Wisconsin Justice Initiative, during the 2017 budget process, asked county supervisors to consider raising the rate both to increase county revenue and discourage municipalities from using the incarceration option for petty offenders.

State law allows the county to recover certain costs associated with housing the offenders, who are Municipal Court defendants who do not pay their forfeitures on time and who do not attend a hearing to determine whether they are qualified for an alternative sentence due to poverty. Foley made clear to the committee that the county is limited in the costs it may recover from the communities.

Supervisor Sheldon Wasserman said the resolution is not designed as a money-maker, but to cover costs. Wasserman is sponsoring the measure with County Board Chairman Theodore Lipscomb and County Supervisor Deanna Alexander.

West Allis will be the most affected by any rate increase, as it incarcerates far more municipal defendants than any other community in the county. Last year, West Allis incarcerated municipal ordinance violators for a total of 18.7 years. 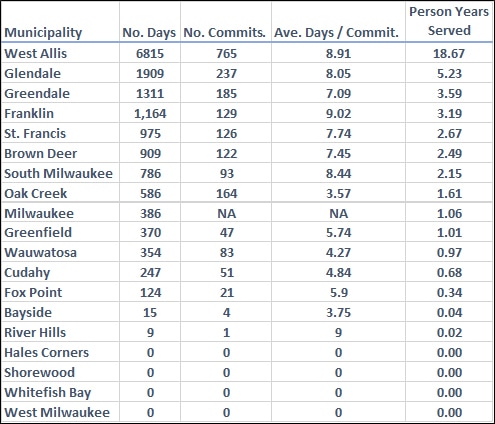 The chart shows how many times a municipality committed a Municipal Court defendant to the House, how many total incarceration days the defendant served, and the average commitment length.

Most commitments from Milwaukee Municipal Court, per Sheriff David Clarke‘s directive, are served at the County Jail in downtown Milwaukee, not at the House of Correction in Franklin, where commitments originating in the suburbs are served. The chart captures only those Milwaukee defendants transferred to the House, generally when the jail reached its population capacity.

The number of commitments from each community does not necessarily reflect the number of individuals incarcerated, as a person can have more than one commitment.